"Since 2015, the terrorist group has kidnapped over 2,000 females. These women are raped, forced into marriages, or sold as sex slaves... Witnesses claimed Boko Haram terrorists forced abducted women to marry members of the jihadist group only to later slaughter them before a battle..." 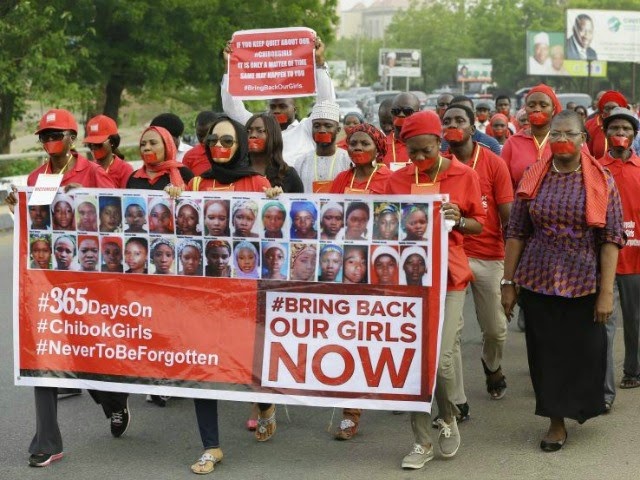 The Nigerian army announced on Tuesday that they had rescued over 200 girls and 93 women from Boko Haram camps in the Sambisa Forest. None of the young girls, though, have been identified as among the hundreds the radical Islamic group kidnapped in April 2014 in Chibok.

The kidnapping inspired the hashtag #BringBackOurGirls. Many celebrities, including First Lady Michelle Obama, posted pictures on Twitter of themselves holding a placard with the hashtag on it. The fad lost its prominent place in the news over time, and the girls became a passing thought in many minds, even though hundreds of girls are still missing.


In the past year, numerous people told media outlets they believed they had seen the Chibok girls. One woman captured by Boko Haram claimed to the BBC that the girls “were treated differently – their food [was] better and water clean.” The families told Deutsche Welle they still hold out hope authorities will rescue their daughters. AFP interviewed some girls who managed to escape Boko Haram.

Since 2015, the terrorist group has kidnapped over 2,000 females. These women are raped, forced into marriages, or sold as sex slaves. As the army rescues people from the grips of Boko Haram, more stories emerge of the brutal treatment suffered under the group. Witnesses in Nigeria claimed Boko Haram terrorists forced abducted women to marry members of the jihadist group only to later slaughter them before a battle, lest they remarry Nigerian troops or “non-believers.” A few men chose to flee with their wives instead of resorting to murder.

Boko Haram was established in Nigeria five years ago and have killed over 13,000 people as they attempt to build their own Islamic caliphate. Their time might be running out as the army advances into their territory. The army reported Boko Haram is quickly running out of weapons and ammunition.

“The Boko Haram terrorists have run out of arms and ammunitions as the military intensify attacks on Sambisa Forest,” explained one resident in Tabe village of Damboa. “You can find more than 500 members of the insurgents, with only a few of them having rifles and even when one or two of them have rifles, it is like a stick, as they have run out of ammunitions, because the usual supplies they get are not forthcoming.”