At some point this blog will no doubt be shut down by Google. Before that happens I hope to have an independent hosting service lined up to host Facing Islam. But no matter what we do,  the 'powers and principalities' will do all they can to stamp out any public presentation of True, Apostolic, Orthodox Christianity, and any true, Apostolic, Patristic, Christian criticism of Islam.

I have not experienced any problems yet of this nature. That is no doubt due in large measure to the fact that I have never tried to monetize this blog. I have been criticized by some family members for not doing so, but to me, it is far more important to do all I can to expose the lie of Islam and advance the Truth of Jesus Christ as lived and experienced in the Orthodox Church, than to try to make a few dollars from your clicks on distracting ads.

I do hope at some point to offer some ebooks of my writings for sale here. We'll see what happens when the time comes.

True Christianity itself is being criminalized. We are heading into a period of intense persecution even in the West, and a time for Christians to retreat to the catacombs. 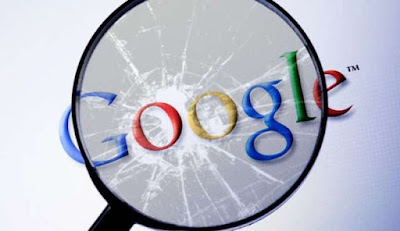 I heard from two writers Saturday who told me that Google had banned their book ads because they contained the keyword “jihadwatch.” Note that both writers say that their ads had not been active for years.

I’ve written a great deal lately about how the Left is using Charlottesville as its Reichstag Fire moment to crush all dissent, and this is yet another manifestation of that effort. They’re doing everything they can to deny all access to the means of communication to those whose opinions they hate. It’s a frankly authoritarian agenda.

On Saturday morning, I received this email from Mark Durie, the author of The Third Choice and many other excellent books about Islam, Sharia, and jihad. Durie subsequently wrote me: “It seems that even googling ‘jihadwatch’ is deemed an act of hatred.”

In many commemorations of the 16th anniversary of the Islamic terrorist attacks of September 11, 2001, which killed almost 3,000 people on American soil, the root cause of the attacks continues to be omitted, or even completely excused and defended.


Again and again, we are told that Muslim jihadis, who consistently cite as their inspiration and marching orders Islamic scriptures from the Quran, the hadith, and the life of Muhammad, have "hijacked" the "great religion" of Islam.

Time, once again, to remind readers what Islam commands.