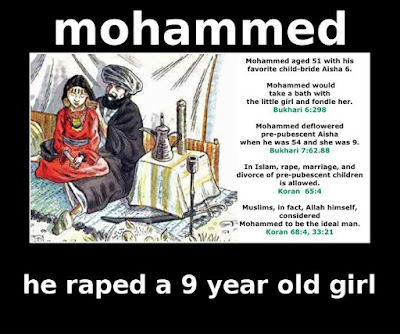 Europeans are free to say only what the courts let them.

When he was 50, the prophet of Islam took as his wife Aisha, who was then six or seven. The marriage was consummated when Aisha was nine.

This is not a smear. It is an accurate account of authoritative Islamic scripture. (See, e.g., Sahih-Bukhari, Vol. 5, Book 58, Nos. 234–236.) Yet it can no longer safely be discussed in Europe, thanks to the extortionate threat of violence and intimidation — specifically, of jihadist terrorism and the Islamist grievance industry that slipstreams behind it. Under a ruling by the so-called European Court of Human Rights (ECHR), free speech has been supplanted by sharia blasphemy standards.

The case involves an Austrian woman (identified as “Mrs. S.” in court filings and believed to be Elisabeth Sabaditsch Wolff) who, in 2009, conducted two seminars entitled “Basic Information on Islam.” She included the account of Mohammed’s marriage to Aisha. Though this account is scripturally accurate, Mrs. S. was prosecuted on the rationale that her statements implied pedophilic tendencies on the part of the prophet. A fine (about $547) was imposed for disparaging religion. 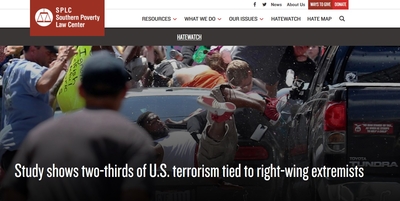 Looking to "blow off steam," a pair of teenagers broke into the Ohio Chapel United Methodist Church near Columbus, Ind. last year to steal propane tanks. The vandals turned crosses upside down, smashed windows, and even torched a pew stored in the basement.

Non-lethal incidents like church vandalism are a far cry from the bloodshed that occurred in the shadow of the rebuilt World Trade Center on Oct. 31, 2017, when ISIS-aligned Uzbek immigrant Sayfullo Saipov drove a rented pickup truck down a crowded bicycle path, killing eight people and wounding 12. Yet, a Quartz report published Sept. 11 reviewing terrorist attacks in 2017 compares numerous low-level acts of vandalism to less frequent — but far more lethal — jihadist violence, to argue that most terrorist acts in the United States are motivated by right-wing extremism.

Analyzing data from the Global Terrorism Database (GTD), an open-source dataset maintained by the National Consortium for the Study of Terrorism and Responses to Terrorism (START) at the University of Maryland, Quartz reporter Luiz Romero concluded that "almost two-thirds of terror attacks in the US last year" were perpetrated by right-wing extremists.

The left-wing Southern Poverty Law Center (SPLC), which collects and distributes its own "Terror from the Right" statistics, was happy to run with Romero's findings. But a case-by-case review of the 2017 raw data finds that Quartz's study is incredibly flawed and misleading.