This outstanding interview has been viewed over 17,000 times since being posted almost a year ago. Wide ranging and well informed, with numerous citations and even some theological and historical discussions, this video is an ideal introduction on the subject of Islam and jihad.

Fr. Josiah's obvious preparation and depth in the topics discussed, and the respectful and measured tone of the entire interview, make for the sort of presentation which would be fully appropriate for a parish viewing, a young adult or older teen group screening, or of course for gatherings of families and friends.


Patristic Nectar YouTube Channel — In this interview, Father Josiah Trenham sits down with Robert Spencer, the Director of Jihad Watch and New York Times Bestselling author of fifteen books. Mr. Spencer is a key figure of the Counter-jihad movement in the United States.

Perhaps especially interesting is the exchange which occurs starting at about the 44:40 mark, when Fr. Josiah relates his conversation with the imam at the mosque where the San Bernardino jihadists worshipped prior to committing mass murder in December 2015.

In just a few short minutes, Fr. Josiah and Mr. Spencer spell out the dark problem within the Muslim community: there is no curriculum by which Muslims can teach their members — from the Quran, the hadiths and other Islamic source documents — that waging jihad, fighting and killing non-Muslims, is wrong, and that those who do so will go to hell.

Quite the opposite. The Quran and the hadiths promise paradise to those who wage jihad and kill or are killed in the name of Allah. There are over a hundred commands to wage jihad in the Quran alone, not counting Muhammad's commands and example in the hadith and the Sira, and the teachings of all schools of Sunni and Shia Islamic jurisprudence.

Islam's War Against the West: 20 Major Jihad Attacks in Europe in Recent Years

The bloodthirsty demon-god of Islam is well pleased by his devotees. As would be Muhammad (if he weren't preoccupied by the fires of hell), who set the example for Muslims and commanded them to fight against non-Muslims until they submit to Islam.

LONDON (AP) — The deadly Barcelona van attack that killed 13 people and wounded dozens of others Thursday is the latest attack in Europe in recent years. Here are some of the other major ones, many of which used vehicles:

—June 19, 2017: A British man who had reportedly made anti-immigrant and anti-Muslim remarks drives into a crowd of worshippers outside a London mosque. One person dies and nine others are wounded.

—June 3, 2017: Three Islamic extremists drive into a crowd of pedestrians on London Bridge and then go on a knife rampage in nearby Borough Market, killing eight people and wounding dozens of others.

—May 22, 2017: A suicide bomber kills 22 people and injures dozens during an Ariana Grande concert at Manchester Arena in northern England.

The Complete Infidel’s Guide to Free Speech (and Its Enemies)

“Stay Quiet and You’ll Be Okay” That’s what Mohamed Atta told the doomed airline passengers on 9/11. And we still hear the exact same message today, from the powerful but shadowy lobby that is working behind the scenes to gut the First Amendment and prohibit “hate speech”—or any criticism—of Islam.

The Complete Infidel’s Guide to Free Speech (and Its Enemies) 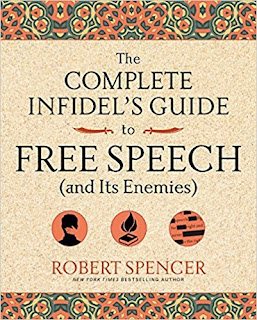 As bestselling author Robert Spencer shows in his startling new book, The Complete Infidel’s Guide to Free Speech (and Its Enemies), Islamic supremacists and their appeasers have mounted a dangerous and disturbingly successful campaign against our constitutional rights. Spencer reveals:


If you value your First Amendment rights, you owe it to yourself to read The Complete Infidel’s Guide to Free Speech (and Its Enemies). It will give you the information and tools you need to fight back—because Islam and its progressive fellow travelers have only begun their campaign to define what you can read, say, and think.

ROBERT SPENCER is a New York Times bestselling author and the director of Jihad Watch (jihadwatch.org), a program of the David Horowitz Freedom Center, and the author of fifteen books on Islam. He has led seminars on jihad for the FBI, the Joint Terrorism Task Force, and United States Central Command.

The Left suffers a setback in its war on the freedom of speech.

I have been following this story since August 18, when Robert Spencer posted at Jihad Watch about ProPublic contacting him for comments on a story they were working on. The query to Spencer from ProPublica contained a thinly veiled threat implying the leftist group was going to use its story to try to force companies like PayPal, Amazon and others to terminate their relationship with Jihad Watch and other counter-jihad sites in order to cripple its cash flow. The entire endeavor was an obvious hit piece and smear campaign targeting Robert and Jihad Watch for their tireless work in reporting on stealth and violent jihad as Islam seeks to force the world to submit to the rule of Allah.

Make no mistake, this is part of the spiritual battle taking place, the "powers and principalities" whose initiatives we see reflected in the actions of their minions here on earth.

For background, see these articles (sequential, oldest at top):

One small action I can take: since PayPal has revealed itself as a pawn of the forces of antichrist, I am removing PayPal from this site in solidarity with Robert Spencer and Jihad Watch.

If today they are coming for Robert Spencer and Jihad Watch for exposing the dark deeds of Islamic jihad and the fawning submission of dhimmi authorities in Europe and America, tomorrow they will be coming for Christians who boldly state that Islam is a false religion, Muhammad is a false prophet, and Allah is a false deity.

And the day after tomorrow they will be coming for you! 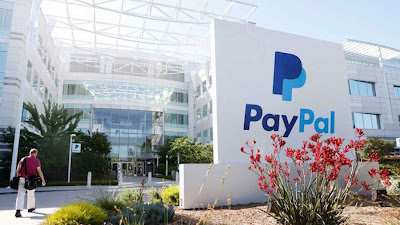 When a neo-Nazi psychopath plowed his car into a crowd of Leftist protesters in Charlottesville, the Left saw a golden opportunity to use the moment as its Reichstag Fire, and indulge its increasingly obvious authoritarian tendencies. But when they came after Jihad Watch, they overreached.

VIDEO: Preparing for Martyrdom in our Apocalyptic Times, by Metropolitan Hierotheos Vlachos

"The work of the Church is not exclusively to battle with heretics [and heresies - like Islam, and those who say Muslims worship the same True God as we do], but also to train the faithful so that at the appropriate moment they might become confessors of Christ and martyrs out of their love for Him..."

See also: Perfected by the Sword - The Way of Martyrdom in Our Times, by Metropolitan Hierotheos Vlachos

Charlottesville reveals the demonic forces behind our horrific times, where the center does not hold, and the spirit of the Destroyer has been unleashed.

The Holy Synod of Bishops of the Orthodox Church in America has issued a clear and strong statement regarding the recent events in Charlottesville VA, denouncing all forms of hatred, bigotry and racism, while at the same time offering forgiveness and reconciliation for haters who repent. It is such a well worded message that any attempt to lift a 'sound byte' from it would not do it justice. I would simply urge you to read it all.

However, it is especially worth noting one of the scripture passages they chose to include:

Jesus rebuked his disciples when they suggested that he violently retaliate against his enemies. "You do not know what manner of spirit you are of. For the Son of Man did not come to destroy men’s lives but to save them."  (Luke 9:55-56)

"Western Europe is already in the death throes of 'demographic suicide' because couples are no longer having enough children."

The implications of the collapse of Western Europe are deeply disturbing. Islam's 'Rule of Numbers' means more unrest, jihad terrorism, and open persecution of Christians by Muslims.

The grandchildren of Orthodox Christians in Europe today will be the New-Martyrs of the second half of this century — if the Lord doesn't return first.


Muslim takeover of Europe is ‘biggest story of our time’ and nobody knows it
by Pete Baklinski, LifeSiteNews, August 10, 2017 (h/t Fr Mark Hodges):

Historian Arnold Toynbee once famously said that “civilizations die from suicide, not by murder.” 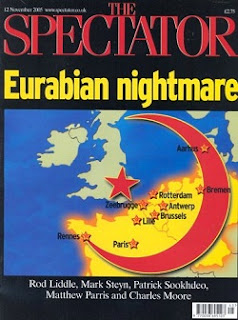 Using this as a springboard, commentator Mark Steyn shows in a new video how Western Europe is already in the death throes of “demographic suicide” because couples are no longer having enough children. He then shows how a thriving Muslim population in Western Europe is well on its way to filling all the empty space.

“People think this is a slow process…It happens very fast. The catching up is well under way,” he said.

Steyn said that the takeover of Western Europe by Muslims is “not a prediction.” He noted that some elementary schools, such as in Antwerp, Belgium, already have a majority of Muslim students.

“Nobody is predicting anything. We’re talking about who are the kids in the grade school right now, which means they are going to be the guys entering the workforce in fifteen years time,” he said.