Timothy R. Furnish - "Radical” Islam: Livin’ on the Edge, or Stuck Squarely in the Middle, of the Religion?

"VIOLENT JIHAD IS NOT RADICAL! How could it be, when Muhammad himself led armies in battle and ordered the killing of recalcitrant non-Muslims?"


Another much needed corrective to the discussion on Islam. Tim Furnish is simply one of the best, and by far the wittiest, experts on Islam writing today. You can order his books and follow his blog through these links:


"Radical” Islam: Livin’ on the Edge, or Stuck Squarely in the Middle, of the Religion?

When I was doing a doctorate in Islamic history at Ohio State University back in the 1990s, the study of the world’s second-largest religion and the civilization it spawned was still mostly an academic exercise, as it had been for most of the 20th century. But with the explosion of Islamic terrorism since then—and it is Islamic, because 76% (51/67) of the groups on the US State Department foreign terrorist organizations list are Muslim—matters once merely the province of professors are now crucial for policymakers.

And in that realm, most in the US are, if not blind—at best monocular. Since 9/11 this country has had three Presidential administrations. The operating premise in both the Bush and Obama presidencies was that Islam is peaceful, and that jihad contravenes Muhammad’s teachings. But whereas Bush administration apologetics for Allah’s acolytes were passive, those in Obama’s were more actively supportive: the President himself famously said that “the future does not belong to those who slander the Prophet of Islam;” and his CIA director bloviated that jihad is a “holy struggle…meaning to purify oneself or one’s community” and has nothing to do with killing. (As for the Trump approach—that shall be examined below.)

Of course, as one can ascertain from actually reading the Qur’an, relevant Hadiths (alleged sayings of Muhammad’s), or even a modicum of Islamic history—and to paraphrase my old Army Drill Instructor, SFC Ocaña, “it don’t take a PhD” to do so—jihad’s primary meaning is exactly violence against non-Muslims to bring them to heel.

"This morally disgusting outcome is what happens when you allow your country to become Islamized."

Bravo for Rod Dreher for calling this one right. If you haven't been following Asia Bibi's story, get up to speed with these links:


The USA has an opportunity to help this Christian woman whose life and that of her family (and her attorney) are at risk because of Islam, the Koran, and Muhammad.

England has revealed whom it considers its true overlords to be. The black flag of Islam will soon be flying over Buckingham Palace, St Paul's Cathedral, and the Houses of Parliament. Britain is doomed. 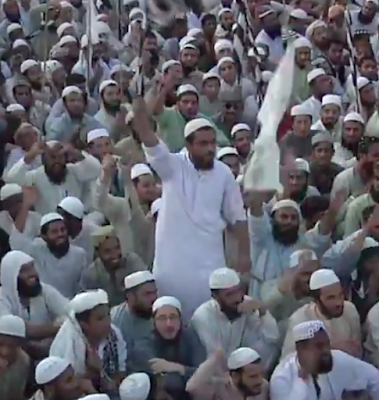 A Pakistani Christian woman’s appeal to Britain for asylum has been denied because her arrival in the country may stir civil unrest, HuffPost UK has been told.

Asia Bibi, a Christian farm labourer, was released from prison in Pakistan on Wednesday after being acquitted of blasphemy. She had spent eight years on death row after an argument with a group of Muslim women in June 2009.

The Supreme Court of Pakistan overturned Bibi’s 2010 conviction for “insulting the prophet Mohammed” last week, saying the case against her was based on flimsy evidence.

But her acquittal sparked violent protests led by Islamic religious hardliners, and the government has now agreed to try to stop her leaving the country.

On Saturday her lawyer, Saif Mulook, fled Pakistan, saying he feared for his life. Bibi’s husband, Ashiq Masih, has also released a video message saying he too fears for his family’s safety.

“I am requesting the Prime Minister of the UK help us and as far as possible grant us freedom,” he said.

But campaigners working to secure Bibi’s move abroad said the UK government had not offered her asylum, citing security concerns.

“London is more Islamic than many Muslim countries put together”

The title of Melanie Phillips' prophetic 2007 book haunts England, Europe and America to this day, as the Islamic takeover of a collapsing, post-Christian West continues to accelerate. The article below details disturbing trends, such as these:

Not mentioned in the below article is London's massive crime wave, with acid attacks and stabbings, rape and gun crimes and homicide all way up; homicides up by 27%, youth homicides up by 70%, and robbery up by over 33%.

Also not referenced below, "taking the three English translations of the same Arabic name as one has left Muhammad the most popular boy’s name in England and Wales every year since 2011." 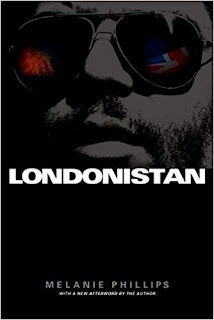 The suicide bombings carried out in London in 2005 by British Muslims revealed an enormous fifth column of Islamist terrorists and their sympathizers.

Under the noses of British intelligence, London has become the European hub for the promotion, recruitment and financing of Islamic terror and extremism - so much so that it has been mockingly dubbed Londonistan.

In this ground-breaking book Melanie Phillips pieces together the story of how Londonistan developed as a result of the collapse of traditional English identity and accommodation of a particularly virulent form of multiculturalism. Londonistan has become a country within the country and not only threatens Britain but its special relationship with the U.S. as well.


“London is more Islamic than many Muslim countries put together”

And the police in many areas are enforcing Sharia blasphemy laws, hunting for people who insult Islam. The end of Britain as a free society is at hand. 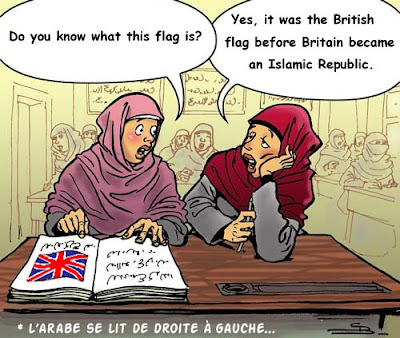 London —Britain has been acquiring an increasingly Islamic face, with hundreds of official Shariah courts operating in the capital and many mosques dotting many cities.

Maulana Syed Raza Rizvi, an Islamic preacher, was quoted as saying in the local media….

There are 423 new mosques in London and most of these mosques are crowded at prayer times unlike many churches which rarely see visitors.