Robert Spencer: 'Do Christians and Muslims Worship the Same God? Absolutely Not.'

A fresh look at the Same God question, considering three striking and essential differences between Allah and the True God worshiped by Christians. 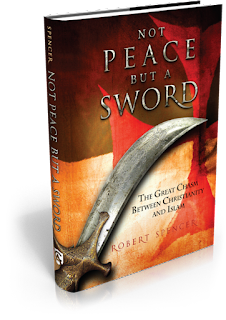 Robert Spencer is perhaps best known for his blog Jihad Watch, and for his numerous bestselling books tracking the malevolent history and muscular rise of Islam around the globe. But he is equally adept at looking beyond the existential threat of Islam to its subversive theological claims, as evidenced in his 2013 book, Not Peace But a Sword.

In this new article, Mr. Spencer goes beyond the obvious dogmatic differences between Christianity and Islam, and provides us with yet more clear and direct refutation of what I call the Same God Heresy.


Do Christians and Muslims Worship the Same God? Absolutely Not. Here’s Why. 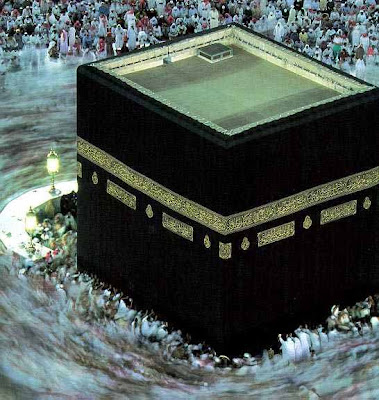 The Qur’an says that Christians and Muslims worship the same God (29:46), and so does the Catholic Church. The Irish Catholic newspaper recently considered this question and offered an argument from authority, which is the weakest of all arguments: Christians and Muslims worship the same God because the Catholic Church’s Second Vatican Council says so in the documents Lumen Gentium and Nostra Aetate. But a closer examination of the evidence shows this to be false.

Besides the obvious differences regarding the Trinity, the crucifixion, and the divinity of Christ, there are deeper differences that are often overlooked.


There are numerous passages of the Qur’an, as well as indications from Islamic tradition, to the effect that not only can no one believe in Allah except by his will, so also no one can disbelieve in him except by his active will. “And to whoever God assigns no light, no light has he” (24:40).

The issue of free will versus predestination has, of course, vexed Christians of various sects for centuries, as different biblical passages are given different weight in various traditions. Calvinism, of course, in its pure form is notorious for its doctrine of double predestination, the idea that God has destined people for hell as well as for salvation. But this position is largely unique to them in the Christian tradition, which generally holds that God desires all men and women to be saved, and gives them the means to attain this salvation. The idea that God would create men for hell is in total conflict with the proposition that God “desires all men to be saved and come to the knowledge of the truth” (1 Timothy 2:4), and that he “takes no pleasure in the death of anyone” (Ezekiel 18:32).

The situation in Islam is, on first glance, even worse, with the Qur’an’s testimony on this, as on other matters, appearing to be hopelessly contradictory. The Qur’an, says the Qur’an, is “nothing but a reminder to all beings, for whoever of you who would go straight; but you will not do so unless Allah wills, the Lord of all Being” (81:27-29). Those who would “go straight” — follow Allah’s straight path — cannot do so “unless Allah wills.”

"Muslim extremism, and particularly Salafism, is on the rise across Europe, as are recruiting efforts to radicalize European Muslims through Salafist schools, mosques, and social groups...

"The DTN report [warns] of the dangers returning jihadists, especially women, will pose to Western countries – not just Europe, but Canada and the United States as well."


This report confirms what we are seeing generally, how Jihad Watch and other sites,  in the relative absence of jihad terror attacks in the West, are reporting more on 'Stealth Jihad', legal battles, and the cultural effects of increased Muslim advocacy in the USA, Canada, Australia, and Europe, including the continued pressure by the mainstream media, the Tech monopolies (Facebook, Google, Twitter, etc.) and government against criticism of Islam.

It is essential to remember that at its core, Islam is aggressive and militant, hence the recent threats by the Islamic State to attack San Francisco, New York, and London. And in June, Spain raised its terror threat level to "Severe," and deployed 40,000 extra police.

It's been a relatively quiet year for jihadists in the West, with only six attacks in Europe, compared to 20 in 2017. This, combined with the military fall of the Islamic State, has led politicians and pundits alike to declare a victory of a sort: ISIS is defeated, they announce, or condemn concerns about potential Islamist terrorist attacks as racist "Islamophobia."

A report issued earlier this week by the Dutch National Coordinator of Counterterrorism and Security (NCTV) confirms that Muslim extremism, and particularly Salafism, is on the rise across Europe, as are recruiting efforts to radicalize European Muslims through Salafist schools, mosques, and social groups.

What's more, ISIS continues to be a threat, largely through the possibility of returnees – Europeans who fought with ISIS and now are trying to come home – bringing their ideology and training with them. ISIS, meanwhile, continues to recruit through propaganda, most of it online. And despite their losses, the Terror Threat Report Netherlands report (known as the DTN report, for Dreigingsbeeld Terrorisme Nederland) says that both ISIS and al-Qaida are prepared to attack Europe "at any moment."
Read more »
Posted by Zosimas at 9:17 PM

Refuting the Lie of the 'Abrahamic Religions' Fallacy


Muslim apologists — and their Christian enablers — claim that Abraham is the father of Islam just as he is of Judaism and Christianity, that all three religions worship the God of Abraham. The well-intentioned embrace this line of thought without exploring precisely what it means.

However, it is clear from the New Testament that neither biological lineage, nor simply saying “Abraham is our father” necessarily makes it so. Indeed, in John’s Gospel, Christ explicitly warned the Jews that they were not sons of Abraham, because they did not do the works that Abraham did. Rather they were sons of the devil, because they did as he showed them (cf. Jn 8:31-47). The Jewish leaders — biological sons of Abraham — rejected Christ, and eventually had him condemned by the Roman procurator, Pontius Pilate, and executed by crucifixion.

The same can even more easily be said of followers of Muhammad who reject the Divine Lordship of Jesus Christ, persecute and kill His followers, and follow a false prophet. Indeed, some have seen the violent, barbaric nature of Islam prophesied in the Old Testament, where Ishmael (and therefore symbolically, Islam) is foretold by the LORD to be violent and opposed to Isaac and all others: “He will be a wild man; his hand will be against every man, and every man’s hand against him” (Gen 16:12).