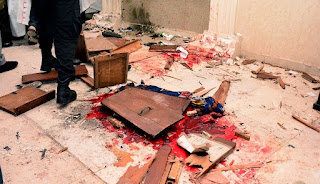 As terrible as this massacre might seem, it is just the proverbial “tip of the iceberg”: over the years, Muslims have assaulted, shot up, or torched countless churches in Nigeria. Below are just three other examples:
The Christians of Nigeria are, in fact, being purged in a genocide, according to several NGOs (here and here, for instance). One Christian is killed every two hours in Nigeria. According to an August 2021 report, since the Islamic insurgency began in earnest in July 2009— first at the hands of the Islamic terrorist organization Boko Haram, and later by Fulani, Muslim herdsmen, also motivated by jihadist ideology to seize Christian (“infidel”) land—more than 60,000 Christians have either been murdered during raids, or abducted, never to be seen again. During this same timeframe, approximately 20,000 churches and Christian schools were torched and destroyed by “Allahu Akbar” screaming Muslims.
Read more »
Posted by Zosimas at 12:58 PM

Here is a much needed reflection on one of the new 21st century Christian martyrs under the sword of Islam. Providing such contextual insight as the below paragraph, this article is very helpful in understanding how America's Middle East policy sometimes bears direct responsibility for Muslim persecution of Christians:

Father Ragheed knew very well what most Americans, even policymakers, did not: that Christians in the Muslim-majority Middle East are often seen as sympathetic to the West, and therefore untrustworthy; in a war, they might be regarded as fellow travelers or spies. The American invasion immediately imperiled Iraq’s Christians, who numbered over a million people in 2003. In the years that followed, many Iraqi Christians and other minorities sought asylum in the United States, the country whose invasion had given rise to their persecution. The Bush administration, however, denied Christian claims of persecution as unfounded. Many were turned away as a result. Thus it is to incur at once the enmity of one’s neighbors and the indifference of one’s liberators.

For more on this heroic confessor and witness for Christ, see my previous post here.

A Martyr In Iraq

Remembering Father Ragheed Ganni, who was murdered 15 years ago today in Iraq. 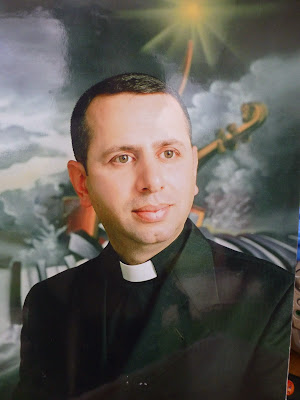 “A martyr, a saint, is always made by the design of God, for His love of men, to warn them and to lead them, to bring them back to His ways. A martyrdom is never the design of man; for the true martyr is he who has become the instrument of God, who has lost his will in the will of God, not lost it but found it, for he has found freedom in submission to God. The martyr no longer desires anything for himself, not even the glory of martyrdom.” – T.S. Eliot, Murder in the Cathedral

On an evening in March 2003, a dinner of Catholic priests, seminarians, and graduate theology students at the Irish College in Rome was interrupted with the announcement that the U.S. ground invasion of Iraq had begun. The few non-Irish present included Shena, an American woman, and Father Ragheed Ganni, a Chaldean priest from Mosul, ancient Nineveh. Both were students at the Angelicum, a Dominican institute founded in the thirteenth century. All eyes turned to the stunned Fr. Ragheed, who said simply, “I have to return home.”

“It was my country at war with his,” says Shena, “which was awful.” Now a mother of six in America, she recalls Father Ragheed as “a lovely, peaceful man.” He would explain with care and patience the complexity of the region to outsiders, especially Americans. “It would have been easy, and perhaps good politics, for him to have remained silent about the Iraq War,” she says nearly two decades later. She recalls how he gently defended the traditional culture of the Muslim-majority Middle East, of which Westerners were frequently critical. It wasn’t his way to debate with brusqueness but to simply hold the ground he had staked out on behalf of his beliefs.

It would also have been easy for him to remain in Rome or to join the exodus of his people from Iraq. Instead, Father Ragheed chose to return to his home, Mosul, which would soon become one of the most perilous places in the world to be a Christian.
Read more »
Posted by Zosimas at 6:36 PM

New Martyr Evgeny of Chechnya (+1996) commemorated on May 23

Hieromonk Joshua shared the following on his Facebook feed today, reminding us of this valiant Confessor of Christ, who refused to remove his Cross which he wore, and refused to deny Christ, preferring to die as a Witness (Martyr) for Jesus Christ, and thus inherit eternal life and a crown of glory. 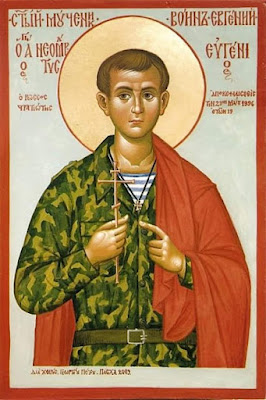 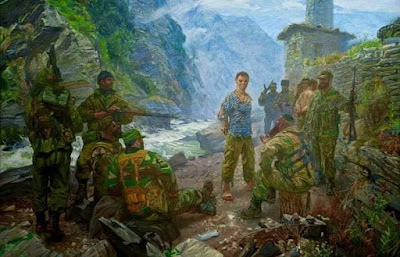