"The Chaldean Church immediately mourned for them as martyrs. Benedict XVI prayed for them from Rome. Father Ragheed was one of the most limpid and courageous witnesses of the Christian life in a country among the most afflicted."

My sincere thanks to Curt for sharing with me about Fr. Ragheed's witness for Christ. He was not merely martyred for his faith, but he was a profound struggler and a courageous confessor, battling despair and fear within himself, and strengthening the faith of his flock by choosing to suffer with them and encouraging them with true pastoral love. You can immediately sense his powerful faith in the Risen Christ and the Eucharist. His is a powerful example for us of Christ-like love and self-sacrifice.

The Last Mass of Father Ragheed, a Martyr of the Chaldean Church

They killed him in Mosul, together with three of his subdeacons. In a tormented Iraq, he was a man and a Christian of limpid and courageous faith. Here is a portrait of him, written by someone who knew him well. 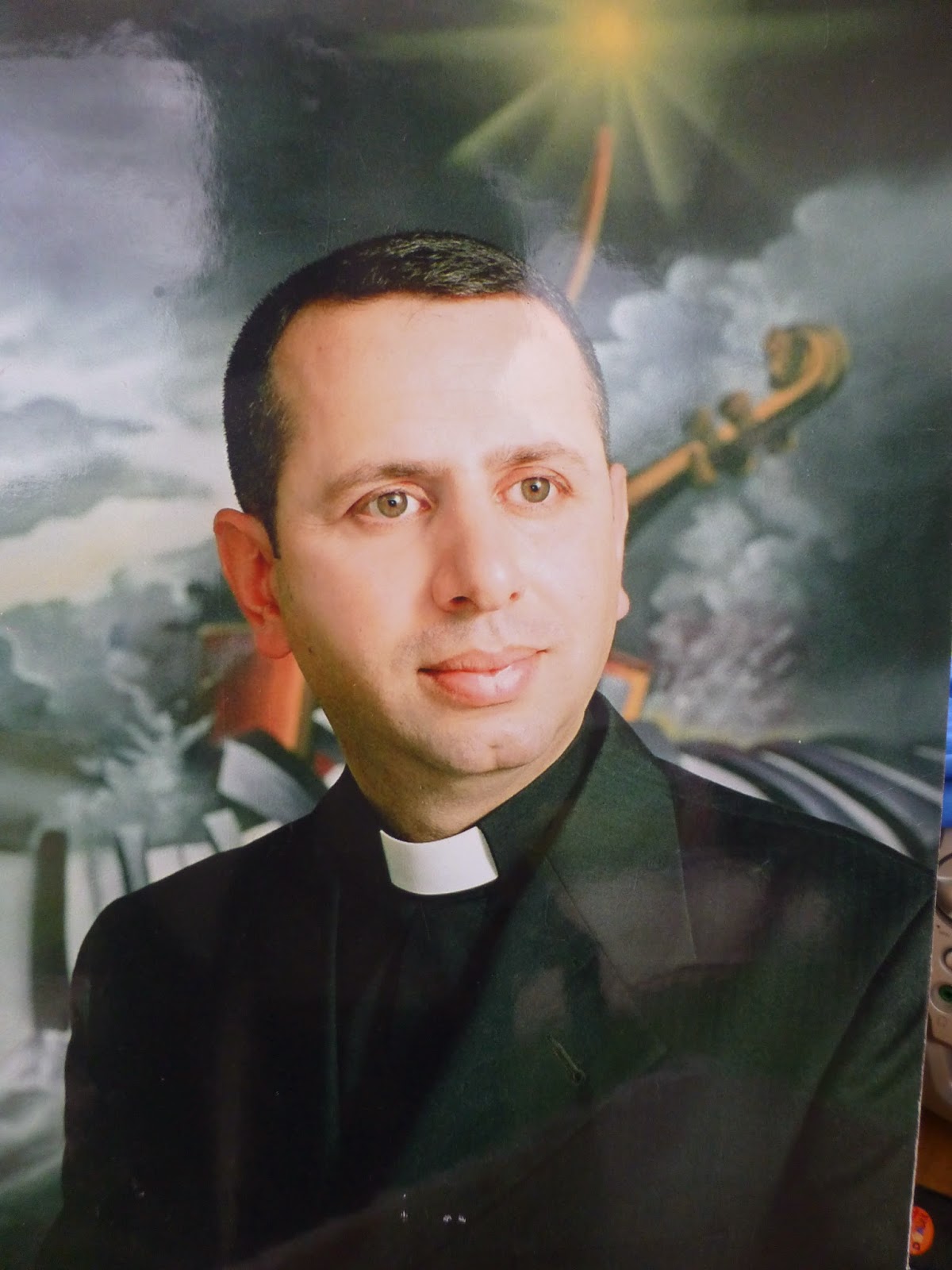 ROMA, June 5, 2007 – They killed him on the Sunday after Pentecost, after he had celebrated Mass in his parish church, dedicated to the Holy Spirit, in Mosul.

They killed Father Ragheed Ganni, a Chaldean Catholic priest, together with three subdeacons who were with him – Basman Yousef Daud, Wahid Hanna Isho, and Gassan Isam Bidawed. The assailants led Bidawed’s wife away, and struck down the four men in cold blood. Then they placed vehicles loaded with explosives around their corpses, so that no one would dare to approach them. It was late in the evening before the police in Mosul were able to defuse the explosives and collect the bodies.

The Chaldean Church immediately mourned for them as martyrs. Benedict XVI prayed for them from Rome. Father Ragheed was one of the most limpid and courageous witnesses of the Christian life in a country among the most afflicted.

He was born in Mosul 35 years ago. After graduating from the local university with an engineering degree in 1993, from 1996 to 2003 he studied theology in Rome at the Angelicum, the Pontifical Saint Thomas Aquinas University, pursuing a license in ecumenical theology. Apart from Arabic, he spoke fluent Italian, French, and English. He was a correspondent for the international agency “Asia News,” of the Pontifical Institute for Foreign Missions.

The day after his martyrdom, “Asia News” published this portrait of him:

"Christ challenges evil with his infinite love, he keeps us united and through the Eucharist he gifts us life, which the terrorists are trying to take away".


"Without Sunday, without the Eucharist the Christians in Iraq cannot survive": that was how Fr Ragheed spoke of his community’s hope, a community that was used to facing death on a daily basis, that same death that yesterday afternoon faced him, on his way home from saying mass.

After having fed his faithful with the Body and Blood of Christ, he gave his own blood, his own life for Iraq, for the future of his Church.


This young priest had willingly, knowingly chosen to remain by the side of his parishioners from Holy Spirit parish in Mosul, judged the most dangerous city after Baghdad. His reasoning was simple: without him, without its pastor, his flock would have been lost. In the barbarity of suicide attacks and bombings, one thing at least was clear, and gave him the strength to resist: "Christ”, Ragheed would say, “challenges evil with his infinite love, he keeps us united and through the Eucharist he gifts us life, which the terrorists are trying to take away".

He died yesterday, massacred by blind violence. Killed on his way home from Church, where his people, despite their decreasing numbers, bowed by fear and desperation, continued to come.

"It is our duty not to give in to despair: God will listen to our prayers for peace in Iraq."

"The young people”, Ragheed told us just days ago, “organized surveillance after the recent attacks against the parish, the kidnappings, the threats to religious; priests celebrate mass amidst the bombed out ruins; mothers worry as they see their children face danger to attend catechism with enthusiasm; the elderly come to entrust their fleeing families to God’s protection, they alone remain in their country where they have their roots and built their homes, refusing to flee. Exile for them is unimaginable".

Ragheed was one of them, a strong father figure who wanted to protect his children: "It is our duty not to give in to despair: God will listen to our prayers for peace in Iraq." 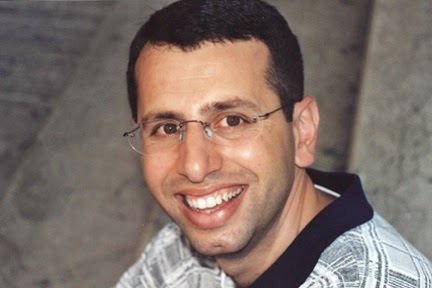 In 2003, after finishing his studies in Rome, he decided to return to his country: "that is where I belong, that is my place". He also returned to help in the rebuilding of his nation, the rebuilding of a "free society". He spoke of an Iraq full of hope with a captivating smile: "Saddam has fallen, we have elected a government, we have voted for a Constitution!" He organized theology courses for the lay faithful of Mosul; he worked with the young; he consoled disadvantaged families; this month he was engrossed in helping a small child with serious eye problems undergo surgery in Rome.

His testimony is that of an enthusiastic faith. The target of a series of threats stretching back to 2004, he witnessed the pain of relatives and the loss of friends, and yet he carried on to the very end remembering that there was meaning to be found in that suffering, that carnage, that anarchy of violence: it was to be offered up.

After an attack on his parish, on Palm Sunday last April 1st he said: "We empathise with Christ, who entered Jerusalem in full knowledge that the consequence of His love for mankind was the cross. Thus while bullets smashed our church windows, we offered up our suffering as a sign of love for Christ".

In the midst of the daily difficulties he himself marvelled at a growing awareness of "the great value of Sunday, the day we met the Risen Lord, the day of unity and of love between his community..."

"Each day we wait for the decisive attack”, he said just weeks ago, “but we will not stop celebrating mass; we will do it underground, where we are safer. I am encouraged in this decision by the strength of my parishioners. This is war, real war, but we hope to carry our cross to the very end with the help of Divine Grace".

And in the midst of the daily difficulties he himself marvelled at a growing awareness of "the great value of Sunday, the day we met the Risen Lord, the day of unity and of love between his community, of support and help".

Then the bombings multiplied; the kidnappings of priests in Baghdad and Mosul became more frequent; Sunnis began to demand taxes from Christians to remain in their homes, or face their requisition by militants. Water and electricity grew scarce, telephoning and communicating became difficult. Ragheed began to grow tired, his enthusiasm weakened, to the point where in his last e-mail to AsiaNews, May 28 last, he admitted: "We are on the verge of collapse." And he told of a bomb exploding in the Holy Spirit Church, on the feast of Pentecost May 27; of the "war" which broke out a week before, 7 car bombings, 10 explosions in swift succession, the three day curfew, "prisoners in our own home", of not being able to celebrate the feast of the Ascension, 20 May.

"I am certain about one thing, one single fact that is always true: that the Holy Spirit will enlighten people so that they may work for the good of humanity, in this world so full of evil".

He pondered the path his country had taken: "In a sectarian and confessional Iraq, will there be any space for Christians? We have no support, no group who fights for our cause; we are abandoned in the midst of this disaster. Iraq has already been divided; it will never be the same. What is the future of our Church?".

But then the strength of his faith endured, a tired but solid faith: "I may be wrong, but I am certain about one thing, one single fact that is always true: that the Holy Spirit will enlighten people so that they may work for the good of humanity, in this world so full of evil".

Dearest Ragheed, together with a heart which cries in pain, you leave us your hope and your certainty. By taking you, they aimed to wipe out the hope of Iraq’s Christians. Instead, your martyrdom nourishes and gives new life to your community, to the Iraqi Church and the Church throughout the world. Thank you, Ragheed!