Further proof of the mainstream Islamic theological and jurisprudence foundations of the Islamic State. 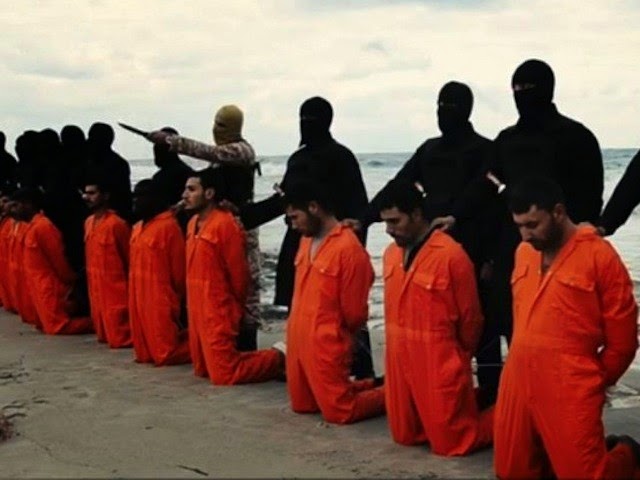 Dr. Ahmed Karima, professor of Sharia at Al Azhar University, Egypt,  recently exposed the fact that the Islamic State received its justification to slaughter 21 Coptic Christians in Libya from a book titled (in translation) Christians in the Koran.

The author of said book is Mahmoud Lutfi ‘Amr—president of Damanhur’s Ansar al-Sunna al-Muhammadiya, that is, “The Supporters of Muhammad’s Example.”

Karima further warned that this book is readily available for all willing eyes to see and ears to hear from it in the district.


It is somewhat curious that Karima pinpointed this book as the Islamic State’s justification to behead Christians.  The fact is that countless books incite violence against Christians and other non-Muslims are readily available all around Egypt—beginning in Karima’s Al Azhar University itself.

For example, last month, political writer and thinker Dr. Khalid al-Montaser pointed out that Al Azhar was “offering free of charge a book whose latter half and every page — indeed every few lines — ends with ‘whoever disbelieves [non-Muslims] strike off his head.’”