What is an Assyrian Christian?

Here is a very helpful summary of the history of the Assyrian Christian community. Additional suggested reading (with links) provided by the author. Thanks to Presvytera D. for sharing.

With the horrific stories still coming out of the Middle East about the sufferings of the Christian community there, and the news about Assyrian Christians, some of you might be asking questions about their identity. Again, there is much more to say about this and the history of the Middle East can get complicated (and most of us are not well schooled about the history in that part of the world), but this gives a general picture.

Christianity was established and was blossoming in Mesopotamia (in general, today’s Iraq, Syria, and southern Turkey) by the mid-second century AD. The Persians conquered the territory, thus separating this Christian community from the other parts of the Roman (Byzantine) Empire. Under pressure from the Persian rulers and to avoid suspicion about their loyalties, the Church there was forced to separate itself from the Church associated with the Byzantine Empire. The Assyrians became an independent Christian community, with its own head called a Catholicos and Patriarch.

The Assyrian Churches "do recognize the Christology of the Fourth Ecumenical Council (Chalcedon, 451)."

As a result Assyrian Christianity developed independently from the rest of the Church. The Assyrians accepted the theology of Theodore of Mopsuestia and Nestorius and their teachings about Christ. The Assyrians were not present for the Third Ecumenical Council (at Ephesus) that condemned Nestorianism. After the Council many followers of Nestorius were expelled from the Byzantine Empire and were sent into Persia. As a result, some people still refer to the Assyrian Church as a “Nestorian Church” although the Church itself asks not to be called this. To this day, the Assyrian Churches still only formally recognize the first two Ecumenical Councils but through dialogue with other Christians they have concluded that they do recognize the Christology of the Fourth Ecumenical Council (Chalcedon, 451).


The church flourished for many centuries, even after the Muslim conquests in the 7th century. It sent missionaries to China and India. The Church, though, was almost totally destroyed by the 14th century. In the sixteenth century, a group of Assyrians united with the Roman Catholic Church under the name of Chaldean Catholic Church. Thus, to this day, there are two distinct groups of Assyrian Christians: the Assyrian Christian Church of the East (http://news.assyrianchurch.org/) and the Chaldean Catholic Church (http://www.chaldeansonline.org/church.html). 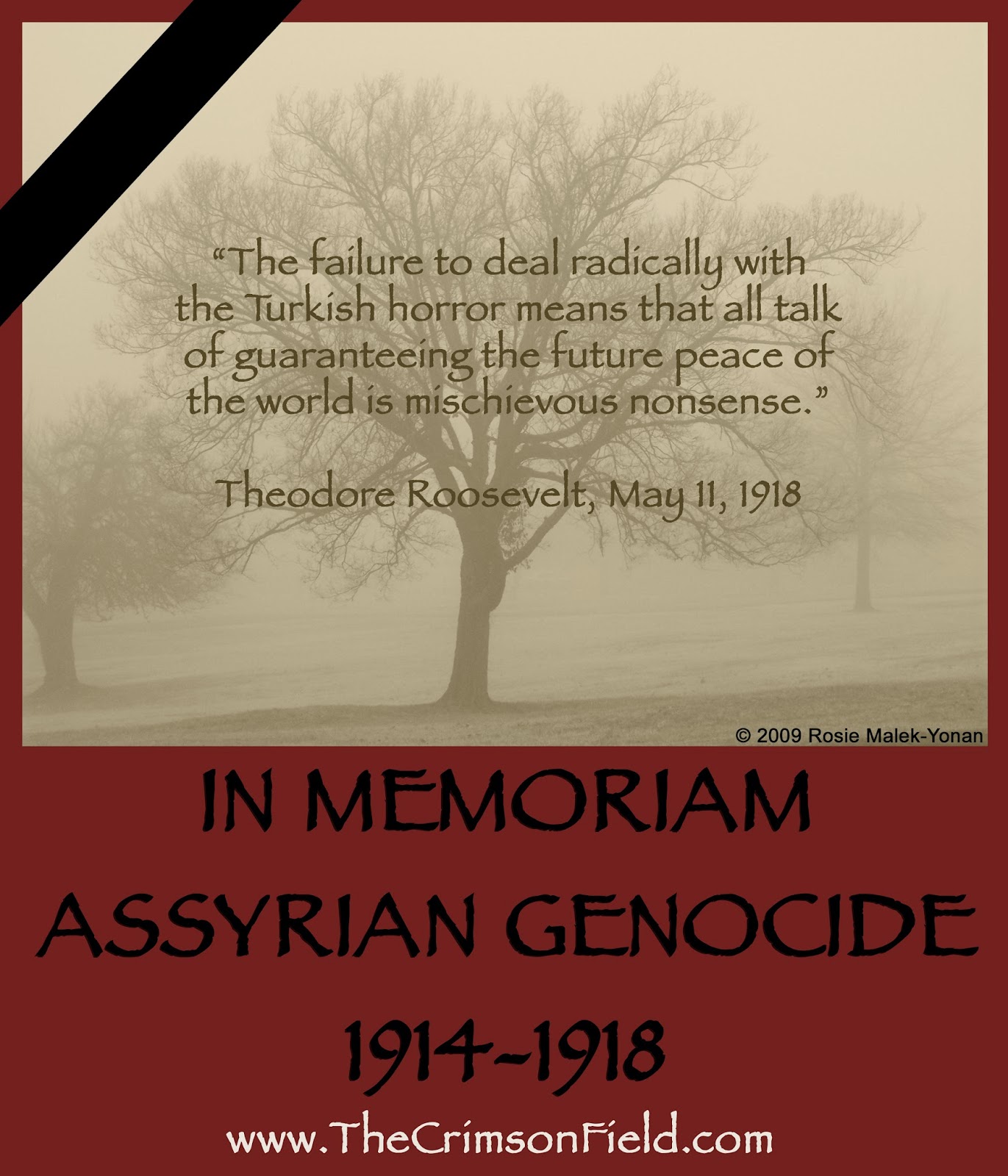 Jumping ahead, the Assyrian Christian community was nearly wiped out during the First World War by the Turkish government. [See this landmark article by Archimandrite Nektarios Serfes, The Orthodox Christian Holocaust, which documents the Armenian and Assyrian Genocides.]

Those who escaped persecution moved to Iraq, which was under control of the British after the War (remember that the borders of Turkey, Iraq, Syria, and most of the Middle East were established after World War I). Eventually, the Assyrian Christian Church established itself in the United States and its global headquarters in the suburbs of Chicago.

The Assyrian Church has its own liturgy, usually celebrated in Syriac, following the Anaphora of Addai and Mari, a rite that traces its origins to the third century.  According to Fr. Ron Roberson’s, “Officially the church adheres to extreme Antiochian christological terminology, according to which in Christ there are two natures and two qnoma (a Syriac term with no Greek equivalent that refers to an individual but never personalized concrete nature) in one person.” The Assyrian Church is not in communion with any other Christian Church.

Ron Roberson, Guide to the Christian East, (http://www.cnewa.org/default.aspx?ID=1&pagetypeID=9&sitecode=HQ&pageno=1). Fr. Roberson works for the US Conference of Catholic Bishops and studies Eastern Christianity for the Conference.

And a new book Gerard Russel, Heirs to Forgotten Kingdoms: Journeys into the Disappearing Religions of the Middle East. Getting good reviews. I just received my copy, but this text looks at various religious communities, not just Christian, in the region.

For the agreed statements between Oriental and Eastern Orthodox Churches, see, Restoring the Unity in Faith: The Orthodox-Oriental Theological Dialogue (Holy Cross Press, 2007).