The smashing of crosses and destruction of churches is a harbinger of Islamic apocalyptic dreams, and stems from Islam's deep hatred of Christianity, as seen in this hadith:


Muhammad said: "There is no prophet between me and him, that is, Jesus. He will descend (to the earth)... He will fight the people for the cause of Islam. He will break the cross, kill swine, and abolish jizya. Allah will perish all religions except Islam." (Sunan Abu Dawud 37.4310) 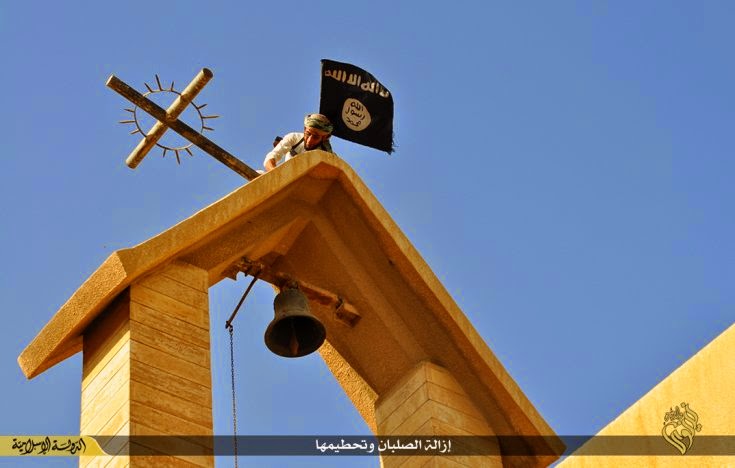 ISIS has posted pictures, on its twitter accounts, of its members destroying the St. George Monastery in Mosul. The pictures show ISIS members using sledgehammers to smash crosses and icons, and removing the cross from the dome and replacing it with the black ISIS flag.

ISIS captured Mosul on June 10, 2014 and immediately destroyed or occupied all 45 Assyrian churches and other religious institutions in the city.


ISIS also destroyed Assyrian archaeological sites, including the walls of Nineveh and the cities of Nimrud and Khorsabad.

After two days of heavy clashes Assyrian and Kurdish forces regained the Assyrian villages of Tel Mighas and Tel Misas. The Church of Saint Sargis in Tel Tamar was been destroyed by ISIS, who burned the bibles and broke its cross. This church has been liberated and is now under the control of Assyrian and Kurdish fighters.

ISIS is still holding 52 Assyrian families, nearly 300 people, who were captured in the initial attacks on February 23. No progress has been made in the negotiations for their release in the last three days. 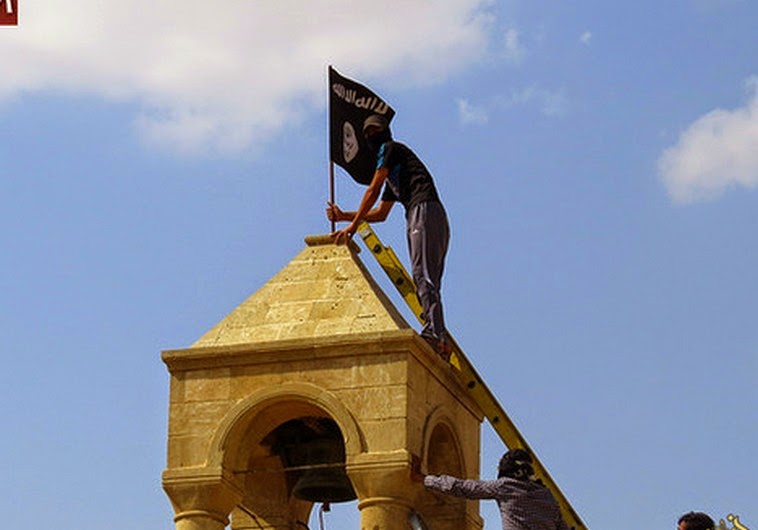 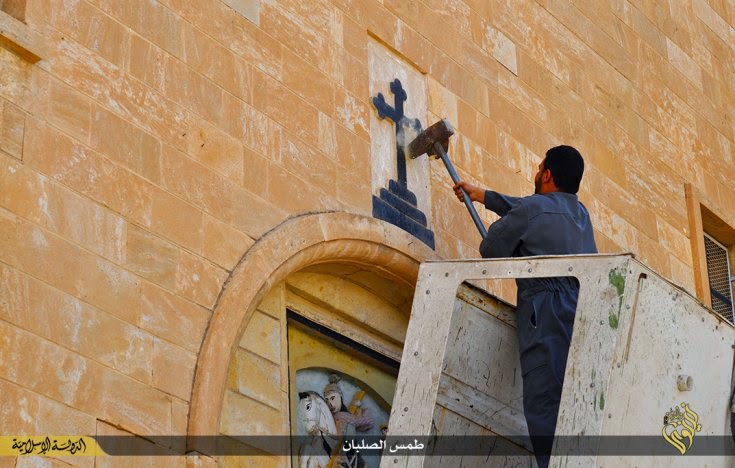 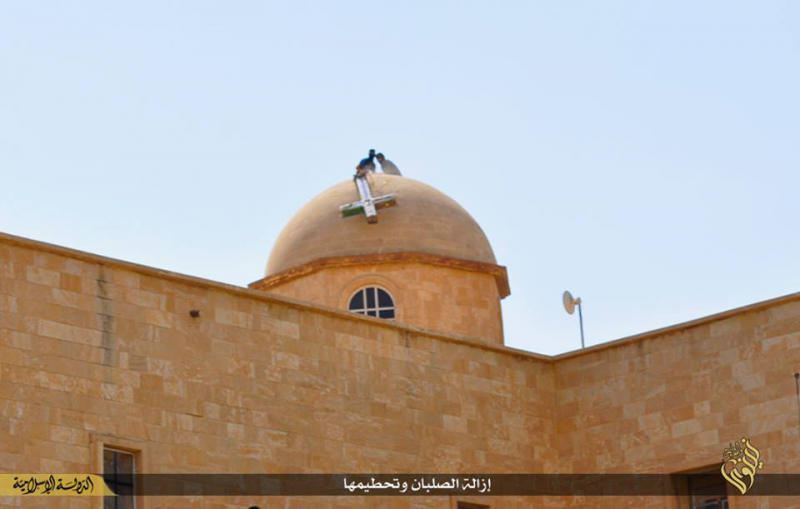