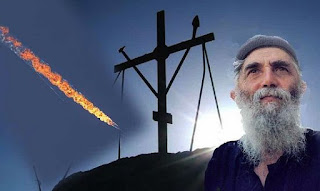 Turkey shoots down a Russian jet fighter, tensions rise, and in Greece, some are turning again to the prophecies of Elder Paisios of Mount Athos, who reportedly wrote,


“There will be war between Russia and Turkey. In the beginning the Turks will believe they are winning, but this will lead to their destruction. The Russians, eventually, will win and take over Constantinople. After that it will be ours. They will be forced to give it to us.”


There is no doubt we are living in dire times. We may even be living in apocalyptic times, foretold in the Scriptures and through prophecies of holy people of God. At the same time, looking for signs and fulfillment of prophecies in certain events should not be our main concern. When the Apostles asked the Risen Lord if He was now to restore the kingdom to Israel, He told them, "It is not for you to know..."

Rather, these words from Hieromonk Seraphim (Rose) of Platina may be a trustworthy guide for us when "wars and rumors of wars" and other ominous "signs" begin to spread: 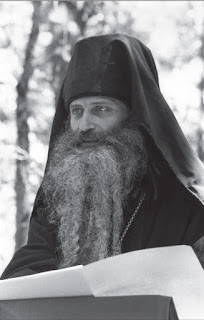 The time of the end, though it seems to be near, we do not know. However close, it is still future, and in the present we have only the same age-old fight against the unseen powers, against the world, and against our own passions, upon the outcome of which our eternal fate will be decided. Let us then struggle while it is still day, with the time and the weapons which our All-merciful God has given us!

Our times, above all, call for humble and quiet labors, with love and sympathy for other strugglers on the path of the Orthodox spiritual life and a deep resolve that does not become discouraged because the atmosphere is unfavorable. We Christians of the latter times are still called to work persistently on ourselves, to be obedient to spiritual fathers and authorities, to lead an orderly life with at least a minimum of spiritual discipline and with regular reading of the Orthodox spiritual literature... to watch over our own sins and failings and not judge others. If we do this, even in our terrible times, we may have hope—in God's mercy—of the salvation of our souls.

Perhaps Elder Paisios would tell us similarly, not to worry about times and signs, but to repent and pray, and to struggle with philotimo. 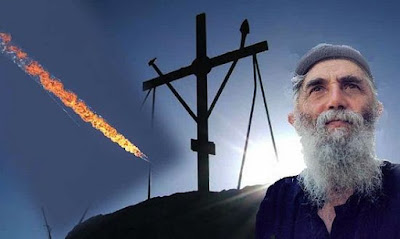 The tension that was created after the shooting down of a Russian jet fighter by Turkish warplanes has led several Greeks to refer to Elder Paisios‘ prophecies about war between Russia and Turkey.

The ascetic monk Paisios, who became Saint Paisios by the Holy Synod of the Greek Orthodox Church in January, was known for his prophecies and predictions. One of them was that Istanbul, once the capital of the Byzantine Empire Constantinople, will become Greek again.

“Events will start that will culminate with us taking back Constantinople. Constantinople will be given to us. There will be war between Russia and Turkey. In the beginning the Turks will believe they are winning, but this will lead to their destruction. The Russians, eventually, will win and take over Constantinople. After that it will be ours. They will be forced to give it to us.”

The text reads further, “(The Turks) will be destroyed. They will be eradicated because they are a nation that was built without God’s blessing. One third of the Turks will go back to where they came from, the depths of Turkey. One third will be saved because they will become Christians, and the other third will be killed in this war.” This is based on the Saint Kosmas prophecy.

Saint Paisios reposed on July 12, 1994. One of the things he wrote was, “I wanted nothing else but God to keep me alive for a few more years so I could see my country expand. And it will expand…”

“Turkey will be dissected in 3 or 4 parts. The countdown has begun. We will take the lands that belong to us, the Armenians will take theirs and the Kurds their own. The Kurdish issue is at the works,” the text continues.

Paisios wrote further: “As long as there is faith and hope in God, a lot of people will rejoice. All that will happen in these years. The time has come.”

Saint Paisios the Athonite was born Arsenios Eznepidis in July 1924, in Farasa Cappadocia. His father was called Prodromos and his mother Evlampia. He had eight siblings. On August 7, 1924, a week before the Greeks of Farasa returned to the homeland, he was baptized by the parish priest, Arsenios, whom the Orthodox Church recognized as a saint. Arsenios insisted and gave him his name “to leave a monk in his place,” as he said.

Five weeks after the boy’s christening, on September 14, 1924, the Eznepidis family, along with other refugees, arrived at Piraeus and then went to Corfu, where they stayed for eighteen months. The family then moved to Igoumenitsa and then to Konitsa where Arsenios finished elementary school and got his diploma with “excellent conduct.” Ever since he was a child, he was writing down the miracles of Saint Arsenios. He had an inclination towards monasticism and wanted to become a monk.

Arsenios went to Mount Athos to become a monk in 1949, right after his discharge from the army. He stayed for one night at the Monastery of Saint John the Theologian in Karyes and then slept in the hermitage of Saint Panteleimon, in the cell of the Virgin Mary, where he met father Cyril, abbot of the monastery, and followed him faithfully. After spending time in various retreats of Mount Athos and Sinai, he moved to Koutloumousio monastery until he became seriously ill and passed away in the summer of 1994.

He was buried in the Holy Monastery of Saint John the Theologian in Souroti, Thessaloniki. Since then, every year on July 11 to July 12, the anniversary of his death, there is a vigil in the Sanctuary Retreat, with thousands of believers attending.

Elder Paisios became known for a number of controversial political statements and prophecies. These include the prediction that a war with Turkey will lead to a restoration of a Greater Greece that includes Albania, Macedonia and Byzantium (Istanbul), and the mass conversion of Turks from Islam to Orthodox Christianity. Many Greeks compare Paisios to Nostradamus.