Mark Durie: "They ARE the Reformation"

"Christianity has undergone its reformation, so why not Islam? The European reformation took centuries: why wouldn't an Islamic reformation also take time?  Isn't it all a matter of time?" 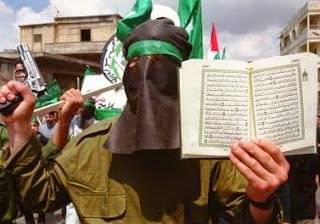 On December 1, 2009, Wafa Sultan and Daniel Pipes debated whether and to what extent a 'moderate' Islam is possible.  Although both are opponents of Islamic radicalism, on this question they did not agree.

Wafa Sultan argued that Islam is Islam, pure and simple, and there can never be such a thing as 'moderate Islam'. On the other hand, Daniel Pipes argued that the answer to radical Islam must be moderate Islam: Islam can be moderated, and the effort to support Muslim moderates is both necessary and worthwhile.

The two participants in the debate are as contrasting a pair as one could imagine.  The ex-Muslim Wafa Sultan is undoubtedly a powerful voice in her native Arabic, and even in English she is impassioned and speaks with a memorable turn of phrase.  In contrast, Daniel Pipes is measured and softly spoken, carefully and persistently making his case.  He challenged her to explain what practical solutions she could offer to the challenge of radical Islam.  She challenged him to show the results produced by his promotion of moderate Islam.

I commend the debate to readers, not because one party won the day, but because the speakers were addressing important questions, which will exercise many minds for years - perhaps generations - to come.

My concern here however is to focus on an important comparison between medieval Christianity and present-day Islam, which was raised by someone in the audience, who asked:

I will suggest that this [radical Islam] is not that different from Christianity at the time of the crusades, which was a very belligerent religion compared to what it is today.  So look at that in terms of the evolution of a religious doctrine, and how long does that take?

The questioner went on to speculate whether the acceleration of change, which we see in the world around us, could allow a reformation of Islam to happen more rapidly than happened with Christianity.

On countless occasions over the years I have heard this comparison: Christianity has undergone its reformation, so why not Islam? The European reformation took centuries: why wouldn't an Islamic reformation also take time?  Isn't it all a matter of time.

This line of thinking arises from a world view which looks at ideologies through the lens of 'progress' or 'evolution', shaped by a kind of Darwinism.  The underlying presupposition is that human societies evolve as time passes, progressing and becoming more humane and more advanced.


Clearly not everyone in the West works from this assumption, but many do.  As recently as the 1960's, it was even fashionable among Western secularists to believe that religion had had its day altogether. Many announced that God was, at last, 'dead'.  The death of God was widely  regarded as one of the positive benefits of progress.

The idea of progress is not simply a concept - it has become part of the warp and woof of our everyday language.  We speak of ideas, policies and practices as 'backward' or 'regressive', 'progressive' or 'advanced'.  Time has become a yardstick to measure the ever-improving character of human social order.  It is the embedding of the idea of progress into our everyday language which gives credibility to the question "Can Islam not undergo its own reformation too?"

But do societies really tend to evolve, becoming more and more advanced?  Do social institutions inevitably improve with time?  Is progress more than just an idea - is it a law which governs the history of religions?

I find it very difficult, looking back over the ethical wreckage of the 20th century, to subscribe to the presupposition of progress. The worst atrocities of the past 100 years were perpetrated by regimes which held up an ideal of social evolution, and which were motivated by a vision of human progress.  One recalls, for example of the careers of Hitler, Stalin, Mao Zedong and Pol Pot.  Such shameful monuments to 'progress' as National Socialism and Communism do not inspire confidence that human societies and ideologies can and must improve with time.

There is another problem with comparing today's Islam with pre-Reformation Christianity, and this has to do with the meaning of 'reformation' itself.  It has become accepted by many thinking people today that 'reformation' means some kind of softening, a 'moderating' process.  Indeed a manifestation of 'progress'.  This far from the truth.

Throughout the whole medieval period the idea of reformation (reformatio) was prestigious, and many reform movements chased after this ideal   Reformation meant going back to one's roots, and just about everyone agreed that this was a Good Thing.  For medieval Christians, a reformed Christianity meant being more Christ-like, more apostolic, and more Pauline.  Wealthy St Francis read Jesus' words about giving away one's possessions to feed the poor, so he followed this teaching, and many flocked to join him.  Thus the Franciscans were founded as a reform movement.

St Francis was a radical reformer. He was not inspired by a vision of making Christianity more moderate and progressive.  What moved him was a desire to follow the Jesus of Gospels.

Likewise Luther recalled the words of St Paul about freedom in the letter to the Galatians - 'for freedom Christ has set us free' - to exort the German Nobles to claim their own freedom from ecclesiastical authority.

The European Reformation - so often invoked in comparisons with Islam today - was driven by a desire to re-form Christianity a second time,  taking it back to its roots.  It sought to move ahead by going backwards.  Its inner logic had nothing to do with the modern idea of progress or the Darwinian concept of 'evolution'.  The Reformation was not a 'progressive' movement in the modern sense, but one which sought to 'regress', renewing the example of Christ and his apostles.

This is why Luther and other reformers encouraged believers to read their Bibles for themselves, in their own native tongue.  Luther regarded it as the duty of every Christian to be constantly renewing their own faith from the original sources.  LIke St Francis, Luther was a Christian radical.

It is true that some changes brought in by the European Reformation had a moderating effect on Western intellectual life. There developed a greater emphasis on freedom and individual responsibility, for example. The Protestant work ethic was one bi-product of this emphasis. Yet these developments did not take place out of a desire to develop a more moderate form of Christianity, but because they they were regarded as conforming more to the  Bible.

Therefore, according to the core meaning of 'reformation' - a return to one's roots - reforming Islam  would mean making it more Muhammadan.  An Islamic reformation would produce a religion which is closer to the Koran, and above all, closer to the example and teaching of its founder.

The hankering of some Westerners after an Islamic reformation begs the question of what would it mean to be follow Muhammad's example more closely?

As it happens, such a movement has been underway for more than 100 years, and is in full swing today.  It is what we know today as Islamic radicalism. The ideal of an Islamic reformation has produced, among many other results, the global jihad movement, the push for sharia revival and reimplementation of the Caliphate. This is what a desire to revive the example and teaching of Muhammad has led to.

There are two two main reasons why renewing the example of Muhammad leads to Islamic radicalism.

One is that Muhammad combined within himself the offices of king, judge, general and religious leader, thus unifying politics, law, the military and religion.  To follow his example means creating a theocratic political order, where the laws of the land are controlled by Islamic theology.  In contrast Christian tradition has always distinguished the secular from the ecclesiastical, based on the older Hebrew religious distinction between priests and kings.  This feature of medieval Christianity - the distinction between religion and politics - was severely criticised by famous Muslim scholar Ibn Khaldun.  Muslim thinkers had always regarded it as one of the key weaknesses of Christianity.

The second reason why renewing Islam leads to radicalism is that many of the harsher elements of Islamic law - such death for apostates, stoning adulterers, cutting off the hands of thieves, enslaving one's enemies, and killing non-believers - are firmly grounded in Muhammad's example.

Australian Muslim Waleed Aly was entirely correct when he said Islam has already had its Reformation, and the outcome has been Islamic radicalism:

Still, Western calls for an Islamic Reformation grow predictably and irrepressibly stronger, while those familiar with the Islamic tradition easily observe that radical and terrorist groups such as al-Qa'ida and the Taliban, cannot be cured by Reformation for the very simple fact that they are the Reformation. [People like us: how arrogance is dividing Islam and the West, p.xv].

For those today whose world view is shaped by the ideal of progress, and look out upon Islam peering through the frame of Western assumptions about 'backwardness', 'progress' and 'evolution', Waleed Aly's insight can be difficult to grasp.  Yet it is essential that it be understood and appreciated.

In today's world, if what is needed is more moderate manifestation of Islam, then the very last thing that could ever accomplish this would be an Islamic Reformation.