Pictures of Armenian Genocide Centennial Rallies Throughout the World

Photographic coverage of global commemorations of the 100th anniversary of the Armenian Genocide. 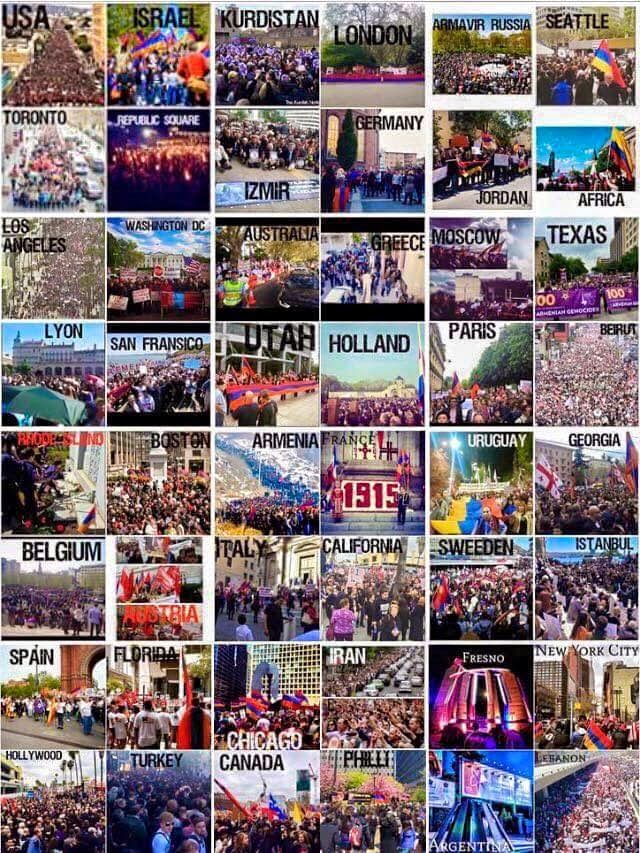 
"We have made a clean sweep of the Armenians and Assyrians of Azerbaijan" -- Those were the words of Djevdet Bey, the governor of Van Province in Ottoman Turkey, who on April 24, 1915 lead 20,000 Turkish soldiers and 10,000 Kurdish irregulars in the opening act of the genocide of Assyrians, Armenians and Greeks.

Between 1915 and 1918 750,000 Assyrians (75%), 500,000 Greeks and 1.5 million Armenians were killed by Ottoman Turks and Kurds in a genocide that aimed at and nearly succeeded in destroying the Christian communities in the Ottoman Empire.


Today is the centennial anniversary of the genocide. Rallies were held in dozens of cities throughout the world by Assyrians, Armenians and Greeks.

More than two dozen countries have recognized the genocide, but Turkey continues to deny it, claiming that the victims were "casualties of war."

AINA has many more photos here.

See Assyrian Genocide 100 for more coverage of the centennial anniversary of the genocide.