These are times of martyrdom, Francis said last week, and the martyrs of today are so many, “we can say that they are more numerous than in the first centuries.” 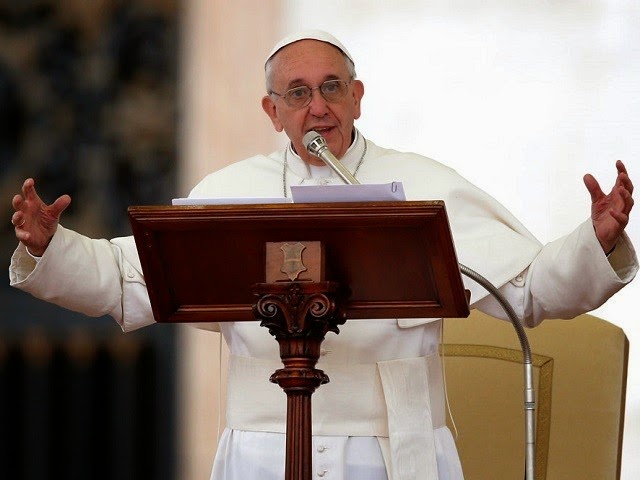 The day after publicly commemorating the Armenian genocide and risking a hostile response from Turkey, Pope Francis spoke of the need for courage to proclaim the truth boldly, no matter what the consequences.

The way of the Church is that of “openness and speaking freely,” said Francis Monday in his homily at Mass in the Santa Marta residence in Vatican City.

Drawing from the reading of the day from the Acts of the Apostles, the Pope pointed to the example of the apostles of Peter and John, who fearlessly preached Christ’s resurrection despite the threats from local authorities.

According to the account, the Apostles prayed, “Lord, take note of their threats, and enable your servants to speak your word with all boldness.”

On Sunday, the Pope announced that it was “a duty” to honor the memory of the victims of the genocide, “for whenever memory fades, it means that evil allows wounds to fester.”

“Concealing or denying evil is like allowing a wound to keep bleeding without bandaging it!” he said.


Continuing in this vein, Francis said Monday that “the path of openness and Christian courage” is still the message of the Church today. Referring to Saints Peter and John, he said that these two simple, uneducated men spoke with boldness, “without fear,” he said.

The Pope contended that on this journey of openness the “real hero is the Holy Spirit,” because he is the only one able to give us “the courage to proclaim Jesus Christ,” he said.

It is this courage in announcing Christ that distinguishes it from proselytizing, the Pope said. “We don’t advertise to attract more associates to our spiritual ‘business,’” the Pope said. “This is not necessary, and it’s not Christian.”

Like Saint Paul, Pope Francis suggested that what ultimately convinces people is not clever reasoning and persuasive argumentation, but the power of the message itself, and the Holy Spirit working interiorly.

The job of the Christian, Francis insisted, is to “courageously announce,” and through the Holy Spirit, “the proclamation of Jesus Christ provokes that astonishment that moves us.”

In the end, he said, “only the Spirit is able to change our attitude, the history of our lives and our identity.”

It was the Holy Spirit, Francis said, who gave “this power to simple and uninstructed people” like Peter and John, which enabled them “to proclaim Jesus Christ up to the final witness: martyrdom.”

Francis has suggested that this Christian courage is more necessary now than ever. On Sunday, the Pope reiterated his conviction that we are living in a time of war, “a third world war which is being fought piecemeal,” in which Christians are suffering “savage crimes, brutal massacres and senseless destruction.”

These are times of martyrdom, Francis said last week, and the martyrs of today are so many, “we can say that they are more numerous than in the first centuries.”