US Ignores UN Session on Christian Genocide in Mideast

Why is the United States not responding to genocide against Christians in the Middle East and Africa? 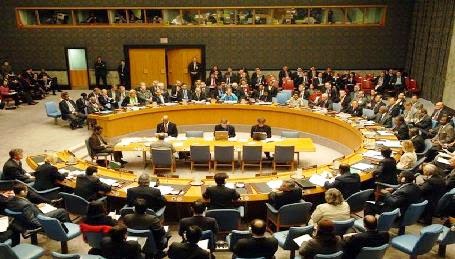 As Christians and other minorities continue to be purged in the Middle East in general under the Islamic State and other jihadi organizations in particular, France sponsored an open UN Security Council meeting on March 27, to discuss “The Victims of attacks and abuses on ethnic and religious grounds in the Middle East.”

While several Western nations sent high ranking officials to attend, the United States did not.
French Foreign Minister Laurent Fabius opened by saying “Make no mistake, In the Middle East we are facing a barbaric, systematic process of ethnic and religious eradication. Although the majority of the jihadi terrorists victims are Muslim, non-Muslim communities are priority targets. ” Taking specifically about Christians, Yazidis and Kurds, the French minister said that they “all are threatened with the same triangle of horror: forced exile , enslavement, or death.”

Austria’s Foreign Minister Sebastian Kurz said that the Islamic State’s actions must be seen as war crimes and genocide and must not go unpunished.

Poland’s ambassador, Boguslaw Winid, said that “The history of the twentieth century teaches about the need to act in the face of similar developments to prevent even bigger-scale atrocities.”
Yet, in the words of the World Tribune:

Though many high level delegations from UN member states addressed the Security Council meeting, some at the Foreign Minister level, the United States failed to send UN Ambassador Samantha Power (and Secretary Kerry was busy negotiating a nuclear deal with Iran) or a high ranking member of the State Department. Why not?