"Americans are open to seeing religion's role in the politics of the region, but they just cannot seem to see the Christians there... The idea that these Christians have been there for 2,000 years just doesn't register." —Philip Jenkins 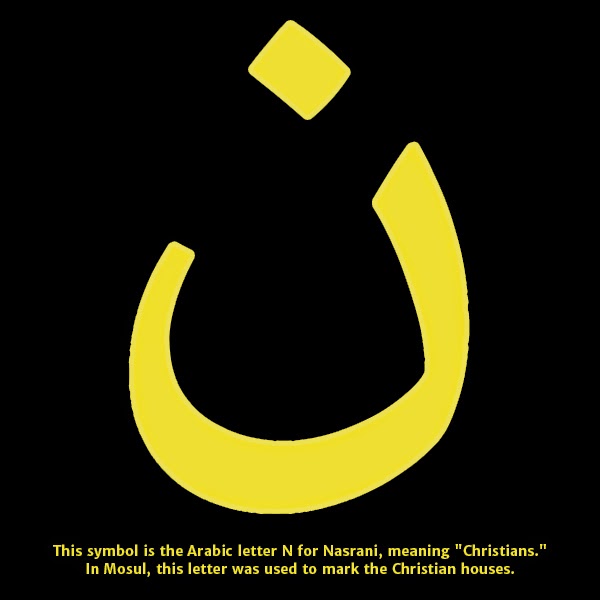 At first glance, there was a bizarre gap in the proclamation Islamic State leader Abu Bakr al-Baghdadi issued as his forces rolled to victory after victory in their rush to rebuild a caliphate in Iraq, Syria and beyond.

The modern world, he said, in a July 1 statement circulated on Twitter, has "been divided into two camps and two trenches, with no third camp present: The camp of Islam and faith, and the camp of kufr (disbelief) and hypocrisy -- the camp of the Muslims and the mujahidin everywhere, and the camp of the Jews, the crusaders, their allies and with them the rest of the nations and religions of kufr, all being led by America and Russia, and being mobilized by the Jews."

Missing from this list were key groups immediately impacted by the rise of the Islamic State -- the region's ancient churches. In one stunning blow, ISIS forces seized Mosul and other Nineveh Plain communities that have sheltered Christians since soon after the faith's birth. Jihadi militiamen burned churches, or turned them into mosques, and marked Christian homes with "n" for "Nisrani" or "Nazarene."

Thus, believers with 2,000 years worth of local roots were declared foreigners -- Nazarenes. They were ordered to convert to Islam, to flee as refugees or face execution, perhaps by crucifixion. Baghdadi called them "crusaders," with other Western infidels.


The exiled leader of Mosul's Chaldean Catholics has warned believers in foreign lands not to feel secure.

"Our sufferings today are the prelude of those you, Europeans and Western Christians, will also suffer," said Archbishop Amel Nona, in an interview with Corriere della Sera in Italy. "I lost my diocese. The physical setting of my apostolate has been occupied by Islamic radicals who want us converted or dead. But my community is still alive."

The tragedies in Iraq and Syria -- affecting Christians and other religious minorities, such as members of the Yazidi sect -- have inspired fervent pleas for help from religious leaders around the world, including Pope Francis and Archbishop of Canterbury Justin Welby.

Nevertheless, it has taken time for Western leaders to be shaken into the realization that -- after decades of rising persecution -- the futures of the Middle Eastern churches are literally hanging in the balance. Part of the problem is that Americans and Europeans have long misunderstood the pivotal role of Eastern Christianity, according to historian Philip Jenkins, author of "The Lost History of Christianity: The Thousand-Year Golden Age of the Church in the Middle East, Africa, and Asia -- and How It Died" and numerous other acclaimed books.

When thinking about Christian history, the "movie that plays in the minds" of most Western believers says that the church was born in Jerusalem, moved to Rome, then on to Europe, the Americas and the rest of the world, he said. This is simply wrong, since the faith immediately spread east and to the south, into Africa.

"The great churches of the East were just as important, if not more so, for many ages," said Jenkins. One famous monastery near Mosul contained, for centuries, thousands of monks and scholars. "This was the heart of Christianity. ... But that isn't in the movie in Western Christian minds."

Meanwhile, many Western leaders fail to grasp that there are Arab Christians and, thus, equate Arab identity with Islam -- a stance similar to that of many Muslims. For decades, he said, Western elites in politics, journalism and academia have viewed conflict in the Middle East as clashes between Islam and Judaism, period.

"Americans are open to seeing religion's role in the politics of the region, but they just cannot seem to see the Christians there," said Jenkins. "Europeans have had a tendency to ignore the role of religion altogether. ... The idea that these Christians have been there for 2,000 years just doesn't register."

Is there hope? Surrounded by the storm, the bishops of the Damascus-based Eastern Orthodox Patriarchate of Antioch have, in a public epistle, refused to surrender.

"We reconfirm that we were and are still committed to the message of our Gospel, which has arrived to us from our ancestors 2,000 years ago. Our forefathers carried and transferred this message to us enduring numerous afflictions. And we will keep this seed which we have received here in the East, growing it and being loyal to it."