Perhaps St Innocent, Metropolitan of Moscow, Missionary to Alaska and Enlightener of the Aleuts, is weeping due to the construction of a Mega-Mosque in Alaska, a sign of the growing global jihad, and of the pressures against Orthodox Christians in so many areas around the globe. The ongoing spread of what St John of Damascus called "the superstition of the Ishmaelites, the forerunner of the Antichrist" should make all Christians weep. And the phenomenon of weeping icons are given us by the Lord to inspire us to deep repentance. 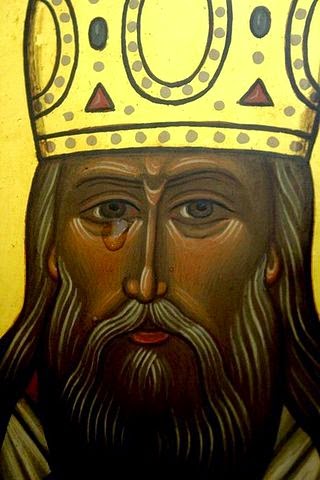 On August 20, 2014, in the house church of the Khabarovsk Theological Seminary, the icon of this educational establishment’s patron-saint, Holy Hierarch Innocent of Moscow (Veniaminov; 1797-1879; a great missionary in Siberia and north America, later Metropolitan of Moscow), began weeping myrrh, reports the Khabarovsk Diocese’s information department.

The unusual phenomenon was noticed by the seminary aspirants who came to take entrance examinations.

“The streaming myrrh was noticed by our seminary entrants who remained at the evening prayers. When we were informed about it, we saw drops on the eyes of the Holy Hierarch Innocent of Moscow and stains from them. This is an icon of our patron-saint so we performed a prayer service at once,” related the pro-rector of the Khabarovsk Theological Seminary Bishop Ephraim of Bikin. “When the icon was opened to make sure that it really was shedding myrrh, the church suddenly was filled with fragrant aroma. In order to document the fact that the icon started shedding myrrh, the seminary has drawn up a special record”. 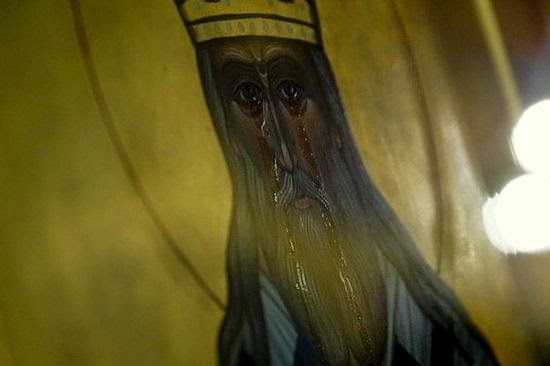 The myrrh continued streaming on the following day as well. Big drops resembling tears were flowing down the saint’s image, accumulating at the bottom edge of the icon. 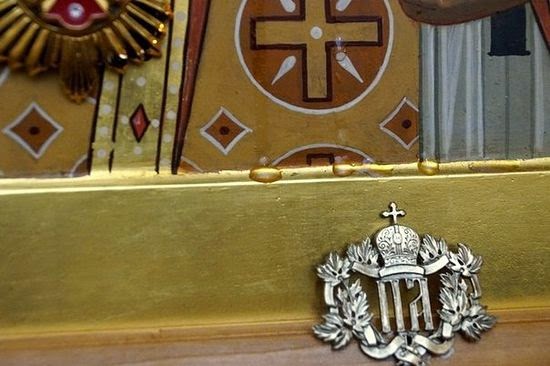 This icon with a portion of the saint’s relics was painted at the Holy Trinity-St. Sergius Lavra and donated to the seminary church by the ever-memorable Patriarch Alexei II of Moscow and All Russia.