"The West knew the sectarian genocide now unfolding in Syria, Iraq, and soon in Lebanon was the inevitable result of their efforts to raise this regional mercenary force." 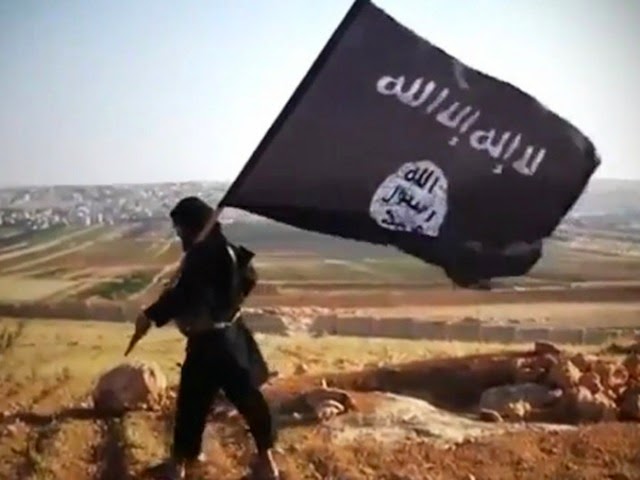 August 8, 2014 (Tony Cartalucci - LD) - The US has pledged assistance for victims of and even possible "airstrikes" against terrorists who have surrounded and threaten to eradicate thousands of religious minorities in Iraq. However, the terrorists themselves are a product of US foreign policy in the Middle East and North Africa, and instrumental in achieving Western objectives across the region. Punitive strikes and aid to the victims of what is essentially a Western mercenary army is part of maintaining plausible deniability.


The terror hordes originated from NATO territory and have inundated Syria, Iraq, and now Lebanon. The goal of this well funded, heavily armed, professionally organized mercenary force is clearly to supplant pro-Iranian political and military fronts across Tehran's arc of influence - from Baghdad to Damascus, to Lebanon and Hezbollah along the Mediterranean. In the process, the heavily indoctrinated rank and file have committed horrific atrocities ranging from rape and torture to mass executions and sectarian genocide. While such war crimes have been taking place in Syria since 2011, it is becoming increasingly difficult to cover up similar crimes beyond Syria's borders under narratives of "civil war" linked to the so-called "Arab Spring."

Instead, various stories have been used by the West to explain the appearance of ISIS in Iraq, the unprecedented scale of its operations, its convoys of matching vehicles and now military trucks, artillery, and even tanks. While the world is meant to believe ISIS spontaneously rose from the desert and "stole" billions in cash, weapons, and gear, a much simpler and documented explanation exists - Western state sponsorship - and state sponsorship that continues even as the West denounces the monsters of their own creation.

Beginning in 2011 - and actually even as early as 2007 - the United States has been arming, funding, and supporting the Muslim Brotherhood and a myriad of armed terrorist organizations to overthrow the government of Syria, fight Hezbollah in Lebanon, and undermine the power and influence of Iran, which of course includes any other government or group in the MENA region friendly toward Tehran.


Billions in cash have been funneled into the hands of terrorist groups including Al Nusra, Al Qaeda in Iraq (AQI), and what is now being called "Islamic State in Iraq and Syria" or ISIS. One can see clearly by any map of ISIS held territory that it butts up directly against Turkey's borders with defined corridors ISIS uses to invade southward - this is because it is precisely from NATO territory this terrorist scourge originated.

ISIS was harbored on NATO territory, armed and funded by US CIA agents with cash and weapons brought in from the Saudis, Qataris, and NATO members themselves. The "non-lethal aid" the US and British sent including the vehicles we now see ISIS driving around in.

They didn't "take" this gear from "moderates." There were never any moderates to begin with. The deadly sectarian genocide we now see unfolding was long ago predicted by those in the Pentagon - current and former officials - interviewed in 2007 by Pulitzer Prize-winning veteran journalist Seymour Hersh.

To undermine Iran, which is predominantly Shiite, the Bush Administration has decided, in effect, to reconfigure its priorities in the Middle East. In Lebanon, the Administration has coöperated with Saudi Arabia’s government, which is Sunni, in clandestine operations that are intended to weaken Hezbollah, the Shiite organization that is backed by Iran. The U.S. has also taken part in clandestine operations aimed at Iran and its ally Syria. A by-product of these activities has been the bolstering of Sunni extremist groups that espouse a militant vision of Islam and are hostile to America and sympathetic to Al Qaeda.

"Extremist groups that espouse a militant vision of Islam" and are "sympathetic to Al Qaeda" - is a verbatim definition of what ISIS is today. Clearly the words of Hersh were as prophetic as they were factually informed, grounded in the reality of a regional conflict already engineered and taking shape as early as 2007. Hersh's report would also forewarn the sectarian nature of the coming conflict, and in particular mention the region's Christians who were admittedly being protected by Hezbollah.

West's Feigned Concern Vs. Genuine Drive to Divide and Destroy

Now, as the US feigns concern for religious minorities being slaughtered in front of the eyes of the world, it should be remembered that this conflict was engineered, set in motion, and perpetuated intentionally by the West for at least the last 7 years. The West knew the sectarian genocide now unfolding in Syria, Iraq, and soon in Lebanon was the inevitable result of their efforts to raise this regional mercenary force.

Western concern for religious minorities and the minimal provisions being made to "assist" them, is to maintain an increasingly tenuous plausible deniability. The feigned dithering of the West in the face of their growing mercenary force is to allow it to overrun the Iraqi government if possible, create more havoc within Syria, and spread the chaos to Lebanon.

ISIS is a standing army that requires state sponsorship - billions in cash, gear, weapons, and logistical, intelligence, and political support. While the West claims it has been handing over hundreds of millions to "moderates" in Syria, it has offered no plausible explanation as to who is providing ISIS and other Al Qaeda affiliates with even more resources enabling the extremists to displace these "moderates." There is no other explanation besides the fact that there were never any moderates to begin with and that the US, UK, France, Turkey, Saudi Arabia, Qatar, and even Israel, have from the beginning, intentionally created a mercenary army composed of Al Qaeda extremists of unprecedented dimensions and capabilities.

The direct war with Iran the West has for so long attempted to sell the world is now clearly being replaced with an immense proxy war. It will feign ignorance to the genesis of ISIS and the fact that no other explanation beyond state-sponsorship exists to explain its continued success on the battlefield. Token airdrops and even "airstrikes" against ISIS positions will admittedly do nothing to disrupt ISIS' ongoing campaigns across the region.

Depending on ISIS' ability to achieve the West's goals by proxy will determine the level of direct intervention the West seeks across the region. "Buffer zones" and "humanitarian interventions" to "relieve" areas plagued by ISIS will conveniently leave terrorist safe havens extending far beyond their current boundaries in NATO-member Turkey, Jordan, and northwest Iraq.