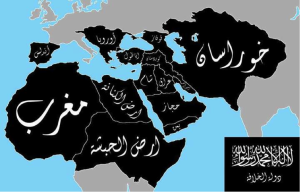 The news has U.S counterterrorism analysts concerned that Islamic State's ability to conquer lands, oil fields, and infrastructure in Syria and Iraq has served to make the group more appealing to fighters who want to be on the winning side.

According to The Washington Post, "the influx" of new fighters is also bad for another reason--it makes Islamic State that much stronger.

The ability of Islamic State to draw fighters away from Al Qaeda is confounding when you consider that the group wasn't even in existence until Mosul was conquered on June 10.

U.S. officials believe Islamic State has quickly emerged as a viable fighting force for a variety of reasons, not least of which is that the core of the group "honed their [fighting] skills against the armies of Syrian President Bashar al-Assad."  And since turning their attention to Iraq, their attacks and "pursuit of territory" have been relentless and "impulsive" in a way that differentiates them "from the often time-consuming terror plots of Al Qaeda."

On top of all this, Islamic State has money.

During the August 10 airing of Breitbart News Sunday, Breitbart's own Dr. Sebastian Gorka pointed out "Islamic State has $800 million in assets." And when you compare that to the relatively small $500,000 it cost to carry out the 9/11 attacks on the World Trade Center, it's not hard to see how potent Islamic State could be in carrying out attacks far beyond Syria and Iraq.