This, and the $1 Obamacare Abortion Mandate required to be collected from all individuals in order to guarantee federal finding of abortion-inducing drugs, are two prime examples of today's "pinch of incense" demanded by the US federal government. American taxpayers are unwittingly supporting the spread of the anti-Christ religion of Islam, and are being trapped into funding and supporting the murder of pre-born infants.

We Christians are (not so) slowly being locked into a condition of functional apostasy, by virtue of our silent assent to the evil, satanic mandates of a central government determined to destroy our faith.


"By your silence you can betray God."
—St Gregory the Theologian 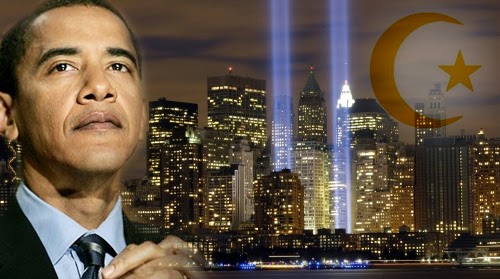 A CBS news investigation found that the Obama State Department is sending millions of dollars to save mosques overseas — outraging taxpayer advocates and raising enormous questions about aid to potentially  terror-supporting groups with U.S. foreign aid.

With constant battles over cutting spending in the budget — including slashing pensions for military veterans, the United States ‘investment’ of millions to refurbish mosques as a ‘good-will effort’ in Muslim countries has upset many.

“We are spending money we don’t have. This is all on a gigantic credit card right now,” said Jared Thomas, a taxpayer advocate.

Millions more dollars have been sent to places like Cyprus. The State Department displays before and after pictures of mosques refurbished with U.S. tax dollars.


“I think it is very hard to explain to the American taxpayer right now whose having an extraordinary time paying bills and making ends meet that this is why we took this out of your paycheck, so we can fund this,” said Thomas.

“This part of the world has a lot of respect for power and America is not showing its power, it’s showing its appeasement. They are laughing all the way to the bank,” said Darwish.

Darwish was born in Egypt and is now a former Muslim. Darwish told Farmer that she moved to America and has written several books critical of radical Islam. Darwish said that most of the mosques in Egypt are run by extremists who have ordered former Muslims like herself to be killed.

Your tax dollars also fund computers and mosques in places like Tajikistan and Mali. At an ancient mud brick mosque in Mali, the State Department has provided Internet service and computer equipment to local imams.

Taxpayer watchdogs wonder how the State Department can explain paying for Internet service while Americans struggle through the worst recession in decades.

“To the average person who has probably seen their paycheck shrink and not grow, this could be an insult to them,” said Pete Sepp, President of the National Taxpayers Association.

With radical websites inciting violence and extremism worldwide, there are concerns that the taxpayer-funded Internet service could be misused.

“That is not the job of the U.S. because giving them Internet access to imams and Muslim preachers who hate America,” said Darwish.

Critics say that it is time to review funding for all federal programs that do not directly benefit taxpayers.

“We are spending money we don’t have and certainly we can cut items like this,” said Thomas.