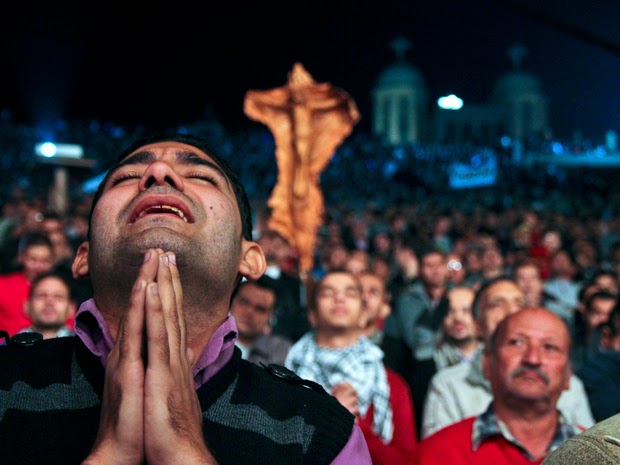 Among other forms of “retaliatory terrorism,” some 80 Christian churches were attacked in Egypt immediately after the June 30 Revolution, which saw the ousting of Muslim Brotherhood president Morsi.

And now that Egypt has sentenced to death hundreds of Muslim Brotherhood supporters for the widespread terror they launched on the nation after the people’s revolution, the Brotherhood and its supporters are, once again, retaliating by attacking Coptic Christian minorities and their churches.

Yesterday, Friday — the day when Muslims meet for prayers, the day when their imams incite attacks on churches and other forms of terrorism — in Ain Shams, a suburb of Cairo, “Muslim protesters attacked a Coptic Orthodox Christian church on March 28. Four people were killed in the attack on the church, dedicated to the Virgin Mary and Archangel Michael. Among the dead are a 25-year-old journalist and a Coptic Christian worshipper. When Egyptian security forces intervened, violence spread throughout the surrounding neighborhood. Muslim radicals are frequently whipped up into frenzy by their religious leaders on Fridays when they gather for prayer.”

Among other things, the attackers set fire to parked cars and opened fire on the church itself.

According to eyewitnesses, Sameh Merry, a Coptic Christian woman, was “murdered by Muslim protesters when they noticed that she had a small cross dangling from the rear-view mirror of her car. Other witnesses claim that she was killed because she was in possession of a firearm. Coptic Orthodox Bishop Raphael expressed condolences over the deaths.”

It’s certainly plausible to believe this woman was specifically attacked because of her Christian cross.  Anecdotes of Christians being targeted and mistreated because of the cross are many and across the entire Islamic world (see pgs. 84-94 of Crucified Again).  Recent examples can be read here, here and here.