IN THE CAPITAL OF CRETE, CHURCHES VANDALIZED AND ICONS BURNED

"The criminals or criminal left graffiti on the walls in Arabic..." 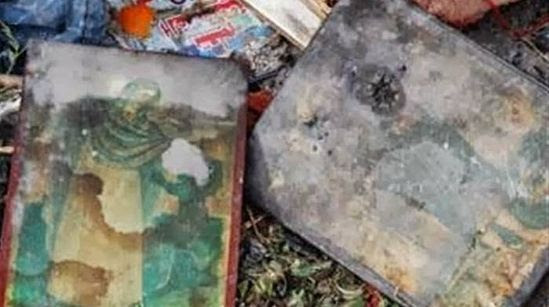 Cases of vandalism in churches of Heraklion and graffiti in Arabic left by criminals, which have become more frequent, are causing the authorities and the Archdiocese of Crete serious concern, reports Sedmitza.ru, citing the Greek agency Romphea.

Another crime of this kind has been committed in a very small church of St. Marina not far from the village of Avgenika.

As it was in the previous cases, the criminals or criminal acted in the same way. The icons inside the church were removed from the walls, stacked on the altar, then doused with an inflammable liquid and set on fire, reports the Patris newspaper.

Moreover, the criminals or criminal left graffiti on the walls in Arabic or in some other Oriental language.

The vandal attack happened at noon. The crime was discovered by the village residents, who saw smoke from the burning icons pouring out of the church windows. They also reported that they had seen a strange car moving near Avgenika.