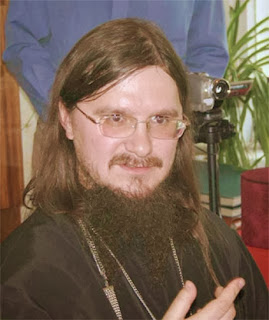 Nuns of a large Greek Monastery are convinced that believers can pray to priest Daniil Sysoyev as to a saint.

"It' high time you prayed not for Father Daniil, but to Father Daniil," Sister Prosdoki from the Annunciation Monastery in Ormylia, Halkidiki Peninsula, told an Interfax-Religion correspondent.

She also wonders why Father Daniil is not widely venerated in Russia.

According to the nun, many Orthodox Greeks honor Father Daniil alongside with many Greek saints martyred for Orthodox faith by Turks.

The interviewee of the agency believes Father Daniil's tomb can become one of most beloved places for Greek pilgrims. Relics of St. Seraphim of Sarov have been such a shrine so far.


Priest Daniil Sysoyev was known for his missionary work among the Muslims. He conducted public disputes with representatives of Islam and preached to guest workers at Moscow building sites and markets.

On November 19, 2009, Fr. Daniil was shot dead in St. Thomas Church where he was a rector. Soon on December 1, suspected in his murder Kyrgyz citizen was killed in Makhachkala at the attempt to arrest him.