Putin warns Russia could come to Syria's aid over US strike 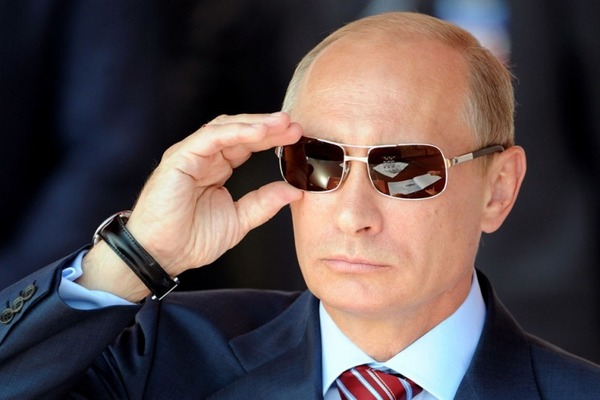 As he touched down in St. Petersburg on Thursday morning, President Obama greeted his host Vladimir Putin with a handshake and a smile.

But the cordial greeting belies the tinderbox the two leaders are sitting on, as they posture and deliberate over a potential U.S. strike on Syria -- one of Russia's closest Mideast allies.

Putin escalated concerns about the fallout from any strike when he indicated in an interview published Wednesday that his country could send Syria and its neighbors in the region the components of a missile shield if the U.S. attacks.

U.S. Gen. Martin Dempsey, chairman of the Joint Chiefs of Staff, testified this week that the Russians might even replace any military assets the U.S. destroys in a strike.

The warnings raise the possibility of a supposedly "limited" strike on Syria turning into a proxy tit-for-tat between Russia and the U.S.


Rep. George Holding, R-N.C., went further during a hearing on Syria on Wednesday, pressing military officials on what the U.S. would do "if Russia decided to strike at us in that theater."
"We can certainly say that Russia would have options to strike us in that theater in retaliation for us striking their ally," he warned.

Dempsey declined to engage in that discussion, saying only that "Russia has capabilities that range from the asymmetric, including cyber, all the way up through strategic nuclear weapons. And again, it wouldn't be helpful in this setting to speculate about that."

Secretary of State John Kerry, though, said the Russians have made clear they don't intend to go to war over a strike on Syria.

Perhaps more likely is that Putin's government would continue to aid and prop up the Assad regime, undermining any gains made by a U.S. strike....

[Kerry's word and judgment should be suspect, considering he lied to Congress that there is no Al Qaeda element in the Syria Rebel forces.]