"Violence and persecution against Christians cannot leave the rest of us indifferent and inactive." 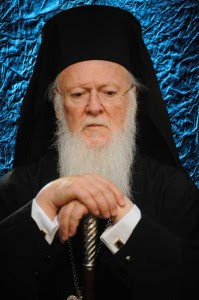 
Speaking at an ecumenical gathering during a pastoral visit to Finland, Patriarch Bartholomew I of Constantinople decried the persecution of Christians in the Middle East.

“One of these crucial challenges is undoubtedly the rise of so-called religious fundamentalism, culminating in unjustifiable acts of violence and destruction as a result of religious hatred,” said Patriarch Bartholomew, who holds a primacy of honor among the Eastern Orthodox churches.

“The image that is particularly critical and lasting in our minds is the example of persecution endured today by Christians, irrespective of confession, in the wider region of the Middle East, where even the simple admission of Christian identity places the very existence of our faithful in daily threat,” he added. “These exceptionally extreme and expansive occurrences of violence and persecution against Christians cannot leave the rest of us – who are blessed to leave peacefully and in some sense of security – indifferent and inactive.”