"The Islamic State [ISIS] is only doing what Al Azhar — the Islamic world’s oldest and most prestigious Islamic university — teaches."

Al Azhar is where President Obama made his famous address to the Muslim world in April 2009. 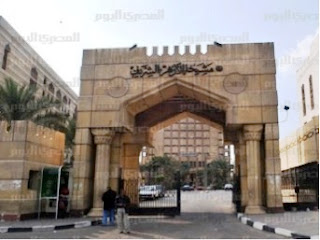 While discussing how the Islamic State burns some of its victims alive—most notoriously, a Jordanian pilot—Egyptian journalist Yusuf al-Husayni remarked on his satellite program that “The Islamic State is only doing what Al Azhar teaches… and the simplest example is Ibn Kathir’s Beginning and End.”

Located in Cairo, Egypt, Al Azhar is the Islamic world’s oldest and most prestigious Islamic university.  Ibn Kathir is one of Sunni Islam’s most renowned scholars; his Beginning and End is a magisterial history of Islam.

It is also full of Muslims, beginning with Muhammad, committing the sorts of atrocities that the Islamic State and other Islamic organizations and persons commit.

Is it possible at this sensitive time — when murderous terrorists rest on texts and understandings of takfir [accusing Muslims of apostasy], murder, slaughter, and beheading — that Al Azhar magazine is offering free of charge a book whose latter half and every page — indeed every few lines — ends with “whoever disbelieves [non-Muslims] strike off his head”?

The Muslim university has even issued a free booklet dedicated to proving that Christianity is a “failed religion.”

The question thus becomes: Is Al Azhar selectively promoting “radical” material, or is it, as one of the most authoritative Islamic institutions in the world, merely teaching true Islam?