Until the threat of Islamist ideology is accurately pinpointed as the problem, American foreign policy will be flawed. 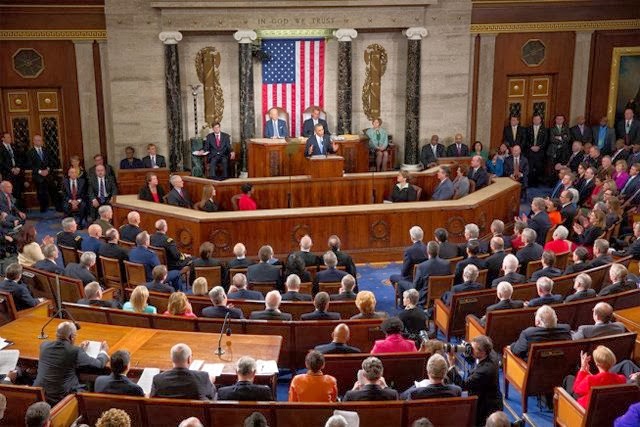 President Obama’s State of the Union gave us a look at the premises driving his foreign policy. It showed that he believes Islamic terrorists to be driven by frustration over perceived injustices at the hands of the West, rather than an ideology. It is because of this belief that he can promote the nuclear deal with Iran and depict the regime as a less threatening version of the Soviet Union.

First, Obama indicated that he sees terrorism-sponsoring Islamist regimes as comparable to the communists of the Cold War. Both are primarily motivated by power and wealth and are open to mutually-beneficial deals. He said:

“If John F. Kennedy and Ronald Reagan could negotiate with the Soviet Union, then surely a strong and confident America can negotiate with less powerful adversaries today.”

This comparison overlooks the ideological differences between the two. If the Iranian regime had purely selfish interests, it would not engage in its self-injuring, radical behavior. The preamble to its constitution would not state that its founding objective is “the establishment of a universal holy government and the downfall of all others.”


The second noteworthy line implies that anti-Americanism and Islamic extremism is a reaction to Western domination and military actions. He said:

“I’ve imposed prudent limits on the use of drones—for we will not be safer if people abroad believe we strike within their countries without regard for consequence.”

Drone strikes are not carried out recklessly or without concern for civilian casualties. Anti-American fervors, whether they are aimed at drone strikes or another element of U.S. policy, are not based on a careful analysis. They are stoked by governments -- like our “allies” in Pakistan -- and Islamist provocateurs. Increased regulations on drone strikes, or even the complete abandonment of drone strikes, will do nothing to stem their incendiary rhetoric.

Each individual’s radicalization can be prompted by many factors, and disagreement with Western policy may be one of them, but it is not the decisive factor. Yet, it is the factor that President Obama most references.

However, factors such as Islamist ideology were not mentioned. A classic example of this factor overlooked by Obama can be found in the recent case of Terry Lee Loewen, a 58-year-old convert to Islam who was arrested after he was caught planning to bomb an airport in Wichita, Kansas. He explained his thoughts to undercover FBI agents as follows:

I have been studying subjects like jihad, martyrdom operations and sharia law. I don’t understand how you can read the Quran and the sunnah of the Prophet and not understand that jihad and implementation of sharia is absolutely demanded of all the Muslim ummah.

The same terrorists who target the U.S. support all sorts of despicable things that have nothing to do with Western foreign policy. Their grievances against the U.S. stem from an overall Islamist worldview that the Obama Administration does not recognize as the core problem.

This brings us to Obama’s statement, “From Tunisia to Burma, we’re supporting those who are willing to do the hard work of building democracy.”

Because Islamism is not defined as the threat, Islamists that vote and are not members of Al-Qaeda are viewed as components of democracy. The result of this thinking is that the U.S. has missed an enormous opportunity to capitalize on the anti-Islamist backlash in the region.

This is why Egypt went unmentioned in the speech. President Obama was a defender of the Muslim Brotherhood in Egypt, but he understands that mentioning its overthrow now will only offend the current Egyptian government.

The section of the State of the Union speech with the largest holes was about Iran.

Obama first misleadingly claimed the deal “has halted the progress of Iran’s nuclear program and rolled parts of that program back.” He also claimed that “Iran has begun to eliminate its stockpile of higher levels of enriched uranium.”

He didn’t mention that the “rolled back” portions of the program are easily reversible, as noted by the Iranian Deputy Foreign Minister who said, “We can return again to 20% enrichment in less than one day, and we can convert the material again.”

That’s not just bluster. Two credible nuclear experts write that the re-conversion of this material is technically feasible. It can be done quickly and possibly without Western intelligence knowing it has begun.

The progress of Iran’s program is not necessarily “halted” either. The deal does not cover Iran’s ballistic missile program, the training of scientists and other personnel or any nuclear work done in North Korea.

Notice President Obama’s careful word usage when he said, “[Iran] is not installing advanced centrifuges.” The Iranian regime is openly building them, though. Once completed, they will quicken the pace of uranium enrichment and shorten the time needed to make a nuclear bomb.

One bright spot of the speech was in regard to Afghanistan. President Obama said that leaving entirely is an option if an agreement is not negotiated. It is important for the treacherous President Karzai to understand this.

His praise of the sacrifice of the troops is commendable and Americans need to be reminded of what they go through for us. What was missing, however, was a narrative of success.

President Obama quickly mentioned that Afghan forces are taking the lead, but the world needs to know about the victories our troops have fought for. The capabilities of the Afghan forces have greatly increased and there are plenty of facts and stories that can be told as U.S. troops leave. The enemy’s propaganda needs to be confronted, but the word “Taliban” was not even mentioned. 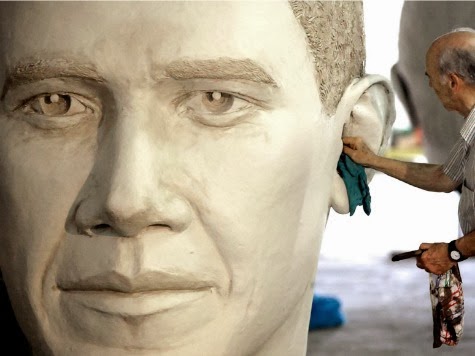 The common thread tying all of these errors together is that the Islamist ideology is not pinpointed as the problem. Until the threat is accurately crystallized, American foreign policy will be flawed.

Ryan Mauro is the ClarionProject.org’s National Security Analyst, a fellow with the Clarion Project and is frequently interviewed on top-tier TV stations as an expert on counterterrorism and Islamic extremism.