A Clarifying Moment: ‘Something big is coming, both in France and in Europe… We are still building to the crescendo’

Rod Dreher defines the essence of the 'Clash of Civilizations' about to erupt in a major way:

'We are all the same to the jihadis, and despite our rivalries, we had better think of ourself as on Russia’s side in this epic battle.' 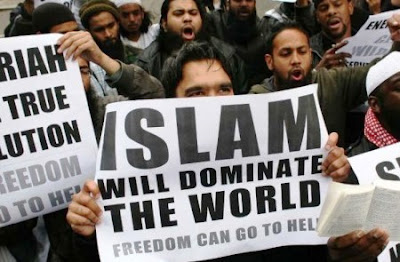 Dreher also relates a Frenchman’s assessment of the rising wave of Islamic jihad in Europe:


“Europeans are fed up with Muslims and with the migrant horde… people back home — even at the left-wing grassroots — have had enough of the multiculturalism lie.”

All signs indicate a crisis point being reached very soon, a tipping point, with an open “clash of civilizations” exploding across Europe and the Middle East.

In America, the incoming Trump administration should be able to blunt the worst of it through a freeze on Muslim immigration and aggressive prosecution of jihad plots and seditious mosques, but the global jihad is here as well, as the ever growing number of 'known wolf' Muslim terror attacks and plots attest.


Jihadis vs. ‘Christendom’
by Rod Dreher, The American Conservative, December 19, 2016 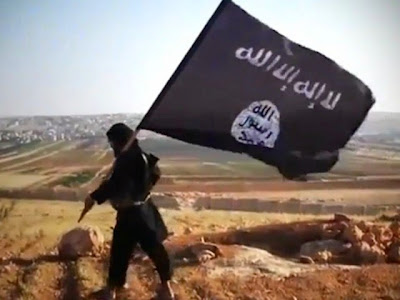 This is a clarifying moment. Yesterday I found myself at a public event sitting next to a French man who lives here in Louisiana. We were talking geopolitics.

He told me he reads the French media closely, and says that something big is coming, both in France and in Europe.

“We are still building to the crescendo,” he said, explaining that Europeans are fed up with Muslims and with the migrant horde. He said we probably won’t like what we get, but that people back home — even at the left-wing grassroots — have had enough of the multiculturalism lie.


The US strongly opposed Russian policy in Syria, but let’s not be fooled: the US is fighting the same people in northern Iraq that Russia has been fighting in Syria. We are all the same to the jihadis, and despite our rivalries, we had better think of ourself as on Russia’s side in this epic battle.

Mind you, there is no such thing as Christendom anymore, but that’s not how the jihadis see it.

I fear that we are in a clash of civilizations whether we want one or not. If liberal democracies in Europe cannot defend European security and liberty from Islamism and Islamic terrorism, Europeans may well choose governments and political systems that will. Voters among our European allies may soon be asking themselves who is more trustworthy on security issues: leaders in the Angela Merkel mold, or the Vladimir Putin one?