The world calls them 'victims', but we Christians call them 'Victors', for they loved the Lord Jesus Christ, and did not allow threats of persecution and murder by the enemies of mankind to keep them from confessing their faith in Him.

These photos show us 'normal' looking women, from late teens to their 50s and 60s, both young and mature. When they awakened on Sunday morning, they no doubt did not expect that this was the day they would pay the ultimate price for their faith in Christ.

But unlike the foolish rich man in the Lord's parable (LK 12:15-21), these women were found in the Church when their time came. Sunday morning, they faithfully went to the Divine Liturgy, giving thanks to the Lord. They put the Lord first, on the Lord's Day, and they were killed in the Church, during the Divine Liturgy, so their holy Guardian Angels immediately conducted their souls straight to the Lord.

And we in the West, who sometimes struggle to rouse ourselves to even attend the Liturgy, or are chronically slothful and tardy, can we even imagine what it is like for our brothers and sisters in Egypt, Iraq, Syria, Iran, Turkey, Indonesia, and all through the Islamic world, where they do not know if they will be the ones next to be killed, raped, beheaded, crucified or tortured for their faith in Jesus Christ?

So let us gain strength and courage from all our martyred sisters and brothers, who were faithful to the Lord to the end, and who have received the crowns of martyrdom, and thus live to intercede for us lowly ones.

Let us honor and exalt the Holy Coptic Neo-Martyrs, and all the 21st Century New Martyrs under the bloody sword of Islam, who are joining that 'great cloud of witnesses' in the heavenly kingdom!

And let us, at least, vow to be faithful to the Lord Jesus Christ even unto death, and to be found in the bosom of His Holy Church. 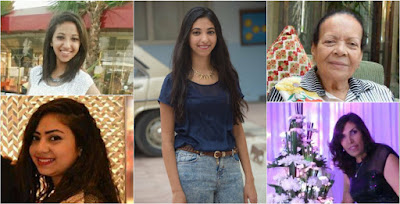 On Monday morning, Egypt’s Ministry of Health released the names and ages of 23 people who were killed in a terror attack that targeted a chapel connected to St. Mark’s Cathedral in Cairo.

Below are the translated names of 23 victims. A 24th victim remains unidentified as the death toll increased after the statement. Photographs of some victims were also found shared by their loved ones and friends on social media...