Nativity Message of Bishop Paul, OCA Diocese of the Midwest

"Whenever the Church is in danger of being extinguished, it is always the faithful martyrs who guarantee its ongoing life."

His Grace, Bishop Paul, has delivered us a prophetic message of hope and encouragement, just at this time when the global persecution of Christians is worsening, when Islam seems to be poised to eradicate Christianity from the Middle East, and darkness is settling across the United States and all around the world (except in Russia, where the Orthodox Church continues its miraculous renewal).  Bishop Paul asks,


"Is Christianity in trouble?  Is it in danger of becoming extinct?  I don’t believe so..."


His reasons are challenging, for he bases his answer on The Apocalypse, and on what it means to be a faithful Witness — a Martyr — for Jesus Christ. This is the Gospel, being proclaimed by a Faithful Shepherd of the Church... Let us heed his call!

Beloved Clergy, Monastics, and Faithful of the Diocese of the Midwest:

Christ is Born — Glorify Him! 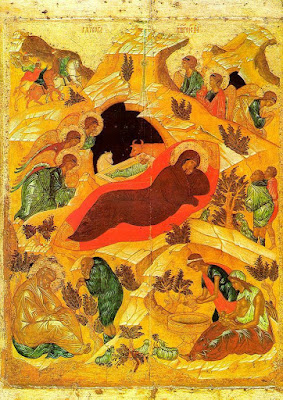 Recently, I have been thinking about how there is so much happening in the Middle East that has impacted the lives of the region’s Orthodox Christians.  We have heard reports of bishops kidnapped (and maybe slain), Coptic Christians martyred in Egypt, and Christians fleeing Iraq and, most recently, Syria.  Various Orthodox Churches and other groups have made efforts to contact governments to call attention to the fact that a form of genocide against Christians is occurring in the Middle East.  This is a difficult time for Christians there.  Many of our churches are offering regular and necessary prayers for those who are suffering and being persecuted for their faith.

The current situation could be interpreted as very discouraging.  The public media does not consider such things to be newsworthy enough to report.  One might question whether Christianity is in trouble (and whether it will survive) in the region.  Something needs to be done to end this genocide by government intervention to protect those being persecuted merely because of their faith in Christ.  There is much about the above thought I share.  But I do ask the question, is Christianity in trouble?  Is it in danger of becoming extinct?  I don’t believe so.

As I reflect upon this in light of our approaching celebration of the Lord’s Nativity, I offer the following thoughts.

Our Lord said, “He who has seen Me has seen the Father” (John 14:9).  This sums up the significance of the Incarnation.  This revealed truth cannot be taken away from us as we embrace it, believe it, and live by it.  We will move mountains by it, bring good news to people by it, bring peace and reconciliation to the world by it, and even be able to forgive those who would seek to harm us by it.  I cannot think of a better weapon than this message of peace that reveals the invisible God in the self-emptying love of our Lord God and Savior, Jesus Christ.

“For you know the grace of our Lord Jesus Christ, that though He was rich, yet for your sakes He became poor, that you through His poverty might become rich.” (2 Corinthians 8:9)

With Love in Christ,