To me, the strangest aspect, and one of the eight questions Ben Shapiro raises below, is Why Was CAIR So Quick To The Podium?

This struck some observrs as very odd, and hints at behind the scenes coordination between law enforcement, CAIR, the Farook family, and perhaps even the FBI and the Obama administration: 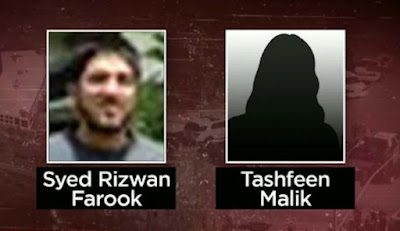 On Friday, the FBI finally announced that it would be investigating the San Bernardino shootings as a terrorist attack. But there are still an enormous number of unanswered questions ranging from government policy to the terrorist cell itself.

Here are the top eight.

Who Were The Terrorist Influences Syed Farook Communicated With?

The federal government didn’t have Syed Farook on a terror watch list or a no-fly list. According to CNN, however, Farook was “in touch with people being investigated by the FBI for international terrorism, law enforcement officials said Thursday.” If so, why wasn’t Farook on a watch list? Who are these influences?

Who Were The Middle Eastern Men Reported By The Neighbor?

A man who has been working in the area said he noticed a half-dozen Middle Eastern men in the area in recent weeks, but decided not to report anything since he did not wish to racially profile those people. “We sat around lunch thinking, ‘What were they doing around the neighborhood?’” he said. “We’d see them leave where they’re raiding the apartment.”

Who were these suspicious people, especially now that the FBI has said there was no indication that these two were part of an organized terror cell?

Where Did Farook Get Their Terrorist Armory?

We know they purchased their guns legally, but their apartment was apparently an IED factory. According to Chief Jarrod Barguan, there were three pipe bombs rolled into a remove control car device, as well as 12 pipe bombs in the garage and “hundreds” of tools used to build bombs. Where did they get all of this? Were they supplied by anyone else?

Was Another Attack Planned?

According to Barguan, “clearly they were equipped” to stage another attack. The FBI’s David Bowdich said as much on Friday, stating it was “certainly a possibility” they were looking to commit a second act of terror.


Where Is The Photo of Tashfeen Malik?

[UPDATE: ABC News has published a photo of Malik since this article was published.] We now have multiple photographs of Syed Farook, but no photographs of Malik. According to a man who went to the same mosque as Farook, he’d met Malik, but she wore a scarf covering her face. “If you asked me how she looked, I couldn’t tell you,” the man explained. It’s certainly possible that no photos exist of her with her face uncovered. 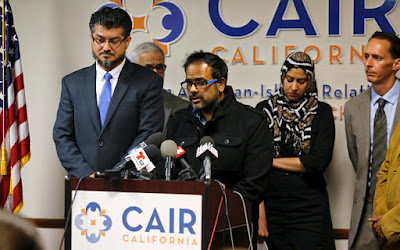 Why Was CAIR So Quick To The Podium?

Many people commented on the oddity of the Council on American-Islamic Relations rushing to the microphones with Farook’s brother-in-law after the attacks. They also commented on the fact that the brother-in-law, Farhan Khan, then refused to answer any questions about Farook’s religion. CAIR announced that Farook and Malik left their 6-month-old baby with his mother before the attack – information that hadn’t been public until then. Why is CAIR so close with the Farook family? How did they activate that quickly?

Why Did The Police Wait So Long To Release Farook’s Identity?

When Did The Obama Administration Know This Was a Terrorist Attack?

The rollout of the Obama administration’s take on the San Bernardino situation coincided strangely smoothly with the FBI and local authorities releasing information in California. Yesterday, President Obama said he didn’t know the motive in the attack, and that it could be workplace violence; within hours, authorities on the West Coast had released information stating that Farook had been radicalized. Today, Josh Earnest said in a press conference that the terrorist attack could not be called a terrorist attack, but should instead be termed an “act of terrible violence”; within a few minutes after his press conference concluded, the FBI said that they were investigating the attack as a terrorist incident. Strange.

Then again, there’s a lot we don’t know yet. And as each new fact comes out, another leftist narrative implodes – so slow-walking the facts seems to be the left’s most prudent move.