• Iraqi government warns that ISIS has stolen at least 88 pounds of uranium.
• Follow-up to this story. 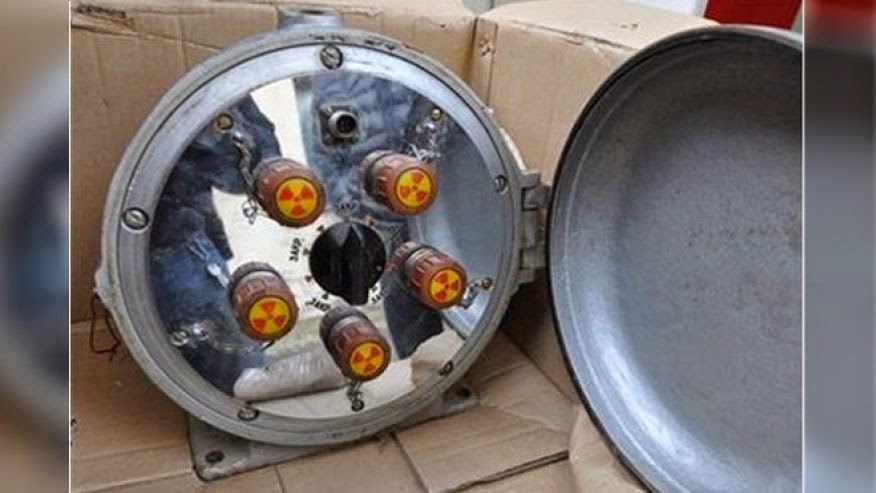 Plenty of materials for a potential dirty bomb are likely scattered throughout the area of Iraq controlled by ISIS, and pulling off an attack that spreads even a minor amount of radiation could be a huge PR coup for the terror group, experts told FoxNews.com.

Last week, the Iraqi government in Baghdad warned the UN that ISIS operatives had stolen 88 pounds of uranium compounds from Mosul University. Even though many experts said the research materials were not enough to cause widespread harm, spreading fear is even more important to terrorists than a big body count, one terrorism expert said. And with ISIS in control of a huge swath of northern Iraq and parts of Syria that includes research labs, hospitals and industrial sites, ingredients for radiation-spreading bombs are within its grasp.

"Obtaining radiological material from places like universities or hospitals is relatively easy if you have the firepower, a chaotic situation and jihadists willing to sacrifice their health handling it,” said Ryan Mauro, national security analyst for The Clarion Project, a think tank that studies Islamic extremism. “We aren't talking about producing a nuclear bomb; just combining an explosive with radioactive material."

"Obtaining radiological material from places like universities or hospitals is relatively easy if you have the firepower, a chaotic situation and jihadists willing to sacrifice their health handling it.”
- Ryan Mauro, The Clarion Project

Dirty bombs – explosives that propel lower-level radioactive materials into the air - are far less dangerous than bombs that deliver weaponized nuclear radiation. But that doesn’t mean they can’t be an effective tool for terror. The bomb itself is more theoretical than threat, because to date, none is known to ever have been successfully detonated. In fact, there are only two recorded cases of dirty bombs being made, both by Chechen separatists in Russia, but neither was detonated.

In 2006, UK national Dhiren Barot pleaded guilty to conspiring to attack targets in his country and the U.S. with dirty bombs, targeting parking garages as well as the New York Stock Exchange, the CitiBank building in Manhattan, and the Prudential building in Newark, N.J.

In 2002, Jose Padilla, an Islamic convert and suspected Al Qaeda associate, was arrested on suspicion of plotting a dirty bomb attack and held for three years as an enemy combatant. Those charges were later dropped, but Padilla remains in a federal prison on other charges.

ISIS claims to have established a caliphate called Islamic State under strict Sharia law in a vast region stretching from northeastern Syria into much of Iraq's north, including the major cities of Fallujah, Tikrit and Mosul. Those cities and other ones under the group's control include hospitals, research facilities and industrial sites.

The uranium compounds that were stolen from the science research labs of Mosul University were heavily diluted, and several experts downplayed their effectiveness even for a dirty bomb. But having captured a huge part of Iraq, one of the world’s most feared terrorist organizations could easily get its hands on hospital waste, mining materials and other research equipment that, coupled with a conventional explosive, could produce a dirty bomb.

The mere threat is enough to accomplish their goal, said Matthew Bunn, a professor with the Belfer Center for Science and International Affairs at Harvard University.

“The intent of a dirty bomb is to cause panic with the fear of the radioactivity,” Bunn said. “But that may be more difficult to do if governments can quickly confirm that the amount of radioactivity involved is not a threat to anybody. Though that in itself is problematic when there's so much distrust on the subject of radiation risks.”

But the risk posed by the lower-level nuclear materials potentially within ISIS' reach is shared by the group itself. Handling of nuclear materials is extremely dangerous, a fact underscored last December when a truck containing highly radioactive cobalt-60 was stolen en route from a Mexican hospital to a disposal site. The theft triggered alerts throughout Mexico, as well as international notifications to the U.S. and the International Atomic Energy Agency in Vienna and stoked fears the material could have been stolen to make a dirty bomb.

Six people who had come in contact with the stolen shipment suffered skin irritations and dizziness, but none died. That material was used for obsolete radiation therapy equipment.

While a dirty bomb would not cause nuclear fallout, an explosion would still be considered a success.

“Some experts will point out that contaminating a large area with lethal areas of radiation is more difficult but they are missing the point,” Mauro said. “ISIS wants to surpass Al Qaeda and Al Qaeda hasn't grabbed global headlines with a radiological or "dirty bomb" attack.

"[A dirty bomb attack] would create a media firestorm," Mauro added. "And the subsequent costly clean-up operation will act as a constant reminder of how ISIS succeeded in an area that Al Qaeda did not.”