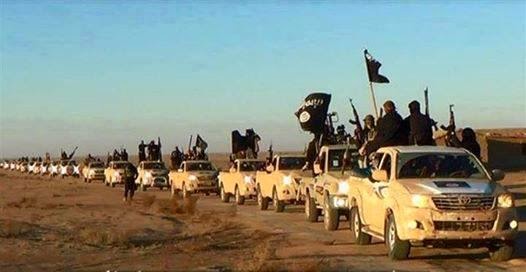 LOS ANGELES, CA (Catholic Online) – The militia of the self-proclaimed Islamic Caliphate having successfully driven all the Christians and Shiites from the city of Mosul in Iraq, has stepped up their campaign on ruthless persecution.

“The attack started from a village controlled by jihadists,” Father Paul Thabit Mekko, a Chaldean priest told the Fides news agency, “but was rejected by the Kurdish Peshmerga troops.

“In the night, panic had driven dozens of Christian families to flee to Dohuk, but the Kurdish soldiers who were controlling a checkpoint told them that the situation was under control and could return home.”

Both towns lie north of Mosul. It was at this besieged Iraqi city that an ultimatum from the Islamic State last week . to either convert to Islam or die, left the ancient city devoid of Christians. The Peshmerga are known to be fierce troops, fighting for a Kurdish independence movement in the north of Iraq.

As the Fides news agency outs it, on the one hand, the attack represents proof that the militia of the Islamic Caliphate are not content with controlling Mosul and would like to extend control over the Nineveh Plain.


The reaction of the Peshmerga, notes Father Thabit Mekko, confirms that the Kurds are determined to protect this area from jihadist militants.

“Here, now, there are only Kurdish military forces that ensure the safety of the population,” he said.

Senior U.S. officials and lawmakers butted heads Wednesday over the American response to Iraq’s expanding Sunni insurgency. Republicans say that drone strikes should have been authorized months ago and even Democrats questioning the Obama administration’s commitment to holding the fractured country together, AP reported today.

Testifying before the House Foreign Affairs Committee, the State Department’s Brett McGurk and Defense Department’s Elissa Slotkin said the administration was focused on improving U.S. intelligence, securing American personnel and property, guiding Iraq toward a new, more inclusive government and helping its forces strike back against the al-Qaida offshoot that has seized much of the country.

To this end the U.S. is now conducting about 50 intelligence sorties over Iraq a day. Both the U.S. and the U.N. stressed they saw no military solution to patching up Iraq’s political and ethnic divisions or to peeling off moderate Sunnis from the Islamic State.