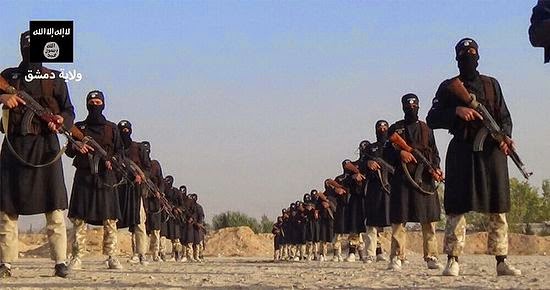 The Islamic State of Iraq and the Levant (ISIL) has declared itself a caliphate, renamed The Islamic State, and named its leader, Abu Bakr al-Baghdadi, the caliph, and demanded that all Muslims worldwide pledge allegiance to him. Al-Baghdadi has called upon all Muslims to relocate to his caliphate to wage war against non-Muslims. Many have ridiculed and denigrated this declaration; few have realized its implications.

The restoration of the caliphate has for decades been the central goal of jihad groups worldwide. The caliphate (khilafa) was from the beginnings of Islam until the early twentieth century, at least among Sunnis (who constitute eighty-five to ninety percent of Muslims worldwide), the center of the supranational unity of the global Muslim community (umma). The caliph, who was theoretically chosen from among the most pious and capable men of the community, was considered to be the political, military and religious successor of Muhammad as the leader of the Muslim community. He ruled according to the dictates of the Sharia (Islamic law), implementing Allah’s decrees of justice on earth.

The caliphate was abolished by the secular Turkish government in 1924. The Muslim Brotherhood was founded in Egypt in 1928 partly as a reaction to the end of the caliphate, and from the beginning a central part of its program has been the need to work toward restoring it and then recovering lands that had been lost to Islam. Brotherhood founder Hasan al-Banna explained:

We want the Islamic flag to be hoisted once again on high, fluttering in the wind, in all those lands that have had the good fortune to harbor Islam for a certain period of time and where the muzzein’s call sounded in the takbirs and the tahlis. Then fate decreed that the light of Islam be extinguished in these lands that returned to unbelief. Thus Andalusia, Sicily, the Balkans, the Italian coast, as well as the islands of the Mediterranean, are all of them Muslim Mediterranean colonies and they must return to the Islamic fold. The Mediterranean Sea and the Red Sea must once again become Muslim seas, as they once were.

The kind of government that would then be established would not be a pluralistic democracy by any stretch of the imagination.

Hamza Tzortzis of the Britain-based Islamic Education and Research Academy has stated this plainly:

The desired results, obviously, have nothing to do with freedom as it is understood in Western societies. Abu Mohammad al-Julani, leader of the Syrian jihad group Jabhat Al-Nusra (Al-Nusra Front), has expressed a desire to establish a caliphate in Syria, explaining:

“Being Muslims, we do not believe in political parties or parliamentary elections, but rather in an Islamic regime based on the Shura (advisory council) and which implements justice … Our heading towards the establishment of Islamic law is jihad in Allah’s way.”

Ahmad ‘Issa, commander of another Syrian jihad group, the Suqur Al-Sham Brigades, interviewed on Al Jazeera network on June 12, 2013, joined Barack Obama in praising Islam’s imperative for justice, which he said the caliphate had always manifested:

However, his idea of justice did not involve non-Muslims having the right to equal participation in the nation’s political life. “Islam,” he said, “must be the single source of authority of the state…We demand that the president and parliament speaker be Sunni Muslims, and that the state’s sole source of authority be Islam.” He said that his group would “not accept” a Christian as the head of the Syrian state. And this would not be a democracy, but a state ruled by Islamic law: “We are talking about a state of justice and truth. We want the people to be ruled by an infallible law – the law of Allah. We do not want people to be ruled by man-made laws….”

On June 21, 2013, Al Jazeera aired a speech of Professor Mohammed Malkawi, the founder of the Chicago-based organization Hizb ut-Tahrir (Party of Liberation) America, which is dedicated to non-violent implementation of Sharia in the U.S. and around the world. The speech illuminated the Islamic supremacist perspective on the abolition of the caliphate and the necessity for its restoration. Malkawi blamed non-Muslims for Islam’s decline and the fall of the caliphate:

This was, he said, a great tragedy, for also like Barack Obama, Malkawi believed that a state based on Islamic law embodied justice:

“Ever since the Caliphate was destroyed, the world has lost an exemplar of justice, a model for humanity in its entirety. Since then, the world has been held hostage by wolves, who do not respect the honor of a man or a believer. Two world wars cost the lives of over 70 million people, yet they accuse us of terrorism. They killed over 70 million people, and dropped atomic bombs on Japan, yet they level accusations against us.”

In contrast, Malkawi said, “We demand a state ruled by the Koran,” and led the crowd in chanting that phrase. Another speaker added: “We reject secularist rule. We reject the rule of Satan.”

Malkawi asserted that the U.S., and Barack Obama in particular, had made people “terrified of the word ‘caliphate.’” He continued:

This is not really why people think Islamic law is harsh. People think Islamic law is harsh because of the stonings, the amputations, the institutionalized oppression of women and non-Muslims, the denial of the freedom of speech, the death penalty for apostasy, and so much more. But as far as Malkawi is concerned, those things and the other elements of Sharia are what constitute justice.

All these other rulers are dwarfs— from Obama, the master of the White House, to the rulers of those palaces in the lands of the Muslims. They are all dwarfed by the Islamic caliphate and law, and that is why they try to make us scared of it. They scare the Muslims. They say to the rebels in Syria: “Do not demand a caliphate out loud, because the US will deny you equipment and aid.” They say to the Egyptian people: “Do not demand to instate Islamic law, because America will not be happy about that.”

Let America and Britain hate the caliphate. Let Britain, America, and the entire West go to hell, because the caliphate is coming, Allah willing.

And now it is here, although it is by no means clear, of course, that The Islamic State will be viable or long-lasting. If it is, however, the world could soon be engulfed in a much larger conflict with Islamic jihadists even than it has been since 9/11. For in Islamic law, only the caliph is authorized – and indeed, has the responsibility – to declare offensive jihad against non-Muslim states. In his absence, all jihad must be defensive only, which is why Islamic jihadists retail laundry lists of grievances when explaining and justifying their actions: without these grievances and a caliph, they have to cast all their actions as responses to Infidel atrocities. With a caliph, however, that obligation will be gone. And the bloodshed in that event could make the world situation since 9/11, with its 20,000 jihad attacks worldwide, seem like a harmless bit of “interfaith dialogue.”

*Update: Hamza Tzortzis contacted me via Twitter on Wednesday, asking that I clear up my “misrepresentation” of him in this piece. He offered this quite equivocal affirmation of free speech at http://www.hamzatzortzis.com/clarifications-and-responses/clarifying-my-views-on-freedom-of-speech/:

Hamza upholds freedom of expression and asserts that to reject this liberty is a self-defeating position. However, since he is a student of Islamic thought and philosophy he raises questions on the limits of expression including: since all nations have some restrictions limiting expression, where do we draw the line? What framework of law and values to we use to establish the limits to expression?

Thus Tzortzis clearly wants restrictions on the freedom of speech, and as a Muslim who believes in Sharia, those would no doubt be to restrict the legality of criticism of Islam and negative characterizations of Muhammad.