We have yet to see what will happen to the Islamic State's nascent Caliphate, whether it will grow or fail, but this recent "call to arms" by its leader, al-Baghdadi, actually tries to strike a certain humble tone coupled with an appeal to a "centuries-lost duty" which may resonate with Muslims. 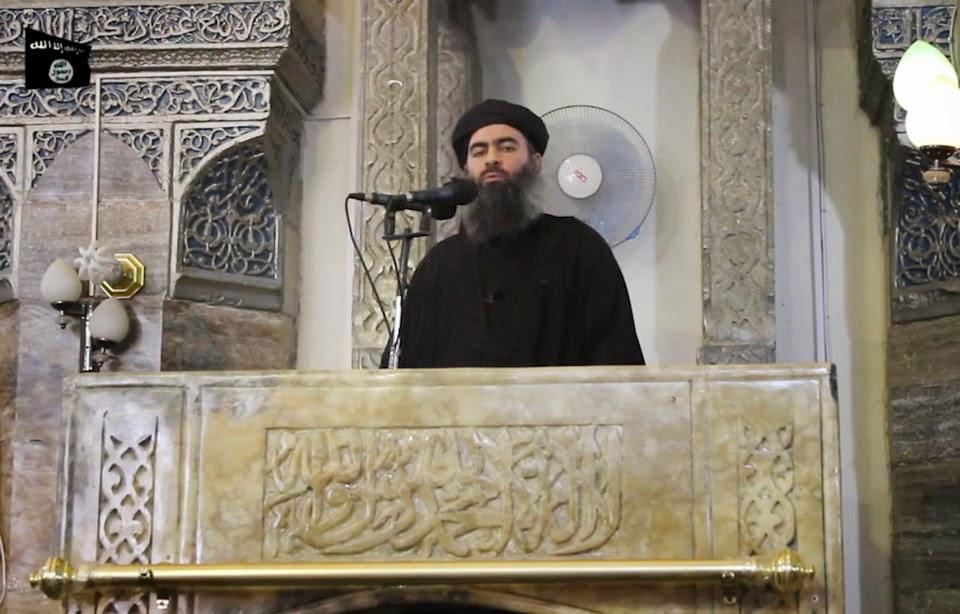 Baghdad (AFP) – The leader of the Islamic State jihadist group, Abu Bakr al-Baghdadi, purportedly ordered all Muslims to obey him in a video released Saturday on social media.

The hitherto elusive Baghdadi, who on June 29 proclaimed a “caliphate” straddling Syria and Iraq, made his appeal in a sermon delivered on Friday in the militant-held northern Iraqi city of Mosul.

“I am the wali (leader) who presides over you, though I am not the best of you, so if you see that I am right, assist me,” he said, wearing a black turban and robe.

“If you see that I am wrong, advise me and put me on the right track, and obey me as long as I obey God in you.”

AFP was not immediately able to confirm the authenticity of the video purportedly showing Baghdadi, of whom there were previously only two known photographs.


The video is the first ever official appearance by Baghdadi, according to Aymenn al-Tamimi, an expert on Islamist movements, though the jihadist leader may have appeared in a 2008 video under a different name.

“God gave your mujahedeen brothers victory after long years of jihad and patience… so they declared the caliphate and placed the caliph in charge,” he said.

“This is a duty on Muslims that has been lost for centuries,” he added, sporting a long and slightly greying beard, as he addressed the faithful from the mosque’s pulpit.