MUSLIM PRAYERS AT HAGIA SOPHIA: A SIGN CALLING US TO REPENT

Erdogan has set his sights on Hagia Sophia, to turn the once luminous church structure into a dark and oppressive mosque again. Such a symbolic achievement would appear to Muslims as a second conquering of Christendom, bolstering Erdogan's push to reinstitute the Islamic caliphate, with Turkey at its head.

Islam must have such temporal victories and exert political and military domination in order to justify its existence, as Muhammad's successes in battle, culminating in his retaking of Mecca ten years after being driven out in weakness and disgrace, forever set the example for Muslims to follow.

But worldly success and temporal victories and kingdoms are not the Christian way.

Christians follow Jesus the Christ, the Son of the Living God, who "had no place to lay His head," who emptied Himself, taking the form of a servant, and who submitted Himself fully to the divine will of the Father, even to the point of death on the cross. Here we have no city, but are called to be pilgrims and aliens, journeying to our heavenly homeland. In the radical words of our Lord Jesus Christ, we are called to take up our cross and follow Him. As Fr Seraphim Rose put it:


Let us not, who would be Christians, expect anything else from it than to be crucified. For to be a Christian is to be crucified, in this time and in any time since Christ came for the first time. His life is the example—and warning—to us all. We must be crucified personally, mystically; for through crucifixion is the only path to resurrection. If we would rise with Christ, we must first be humbled with Him—even to the ultimate humiliation, being devoured and spit forth by the uncomprehending world.

And we must be crucified outwardly, in the eyes of the world; for Christ's Kingdom is not of this world, and the world cannot bear it, even in a single representation of it, even for a single moment.


If the Muslims convert Hagia Sophia into a mosque a second time, then we Christians must see in this God's providential will. If God allows the enemy to reconquer Christian symbols, then we must take it as a warning to not place our trust in mere symbols, but in the Real and True Son of God Himself. We must allow such calamities to spur us on to ever deepening faith and ever more fervent repentance.

As Islam and the other forces of evil wage open warfare against Christ and His Church in these last times, we are called to be faithful to the end. And if we remain faithful, then, like the Lord, we shall find our victory mystically concealed in our Golgotha. 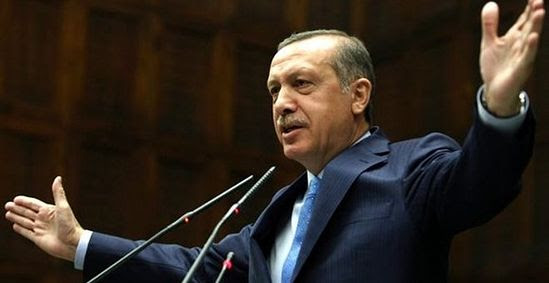 Erdogan is planning to participate in a namaz at the historic Hagia Sophia Church in Constantinople, reports the Radikal Turkish daily newspaper.

The Muslim prayer will probably be performed during the annual celebrations of the conquest of Constantinople by the Ottoman Turks in 1453, just before the August elections, when Erdogan wants to retake his office of prime-minister.


Realizing that such prayer at Hagia Sophia may provoke active opposition, the Turkish authorities have to make concessions and resume the work of the Theological School on Halki.

As a condition for opening the Theological School of Halki, the Turkish authorities asked for the establishment of a mosque in Athens and ending the agreement on appointment of the Mufti of Thrace with the Greek state.

However, only an order by Erdogan is necessary for opening the School on Halki.

Hagia Sophia has been a museum since the time of the first Turkey's president Mustafa Kemal Atatürk, under whom the influence of Islam in the Turkish state was considerably reduced. Before that, Hagia Sophia had been a mosque.

The Radikal newspaper notes that late in 2013, deputy prime-minister of Turkey Bulent Arinc expressed his desire for converting Hagia Sophia into a mosque.