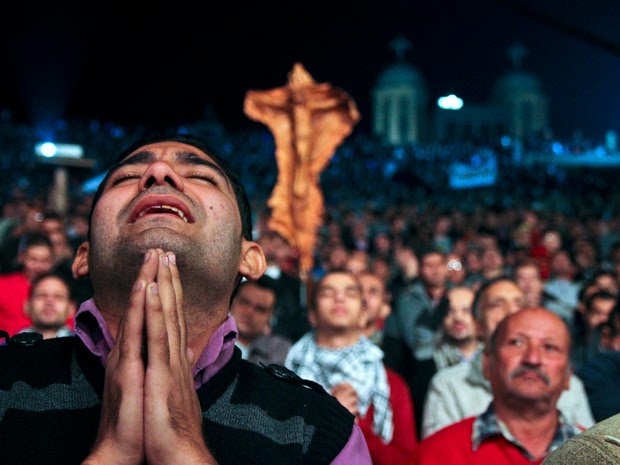 Western leaders are unwilling to recognize that Islamic jihadists want to subjugate the world and apply Islamic law to everyone, including them, according to several researchers.

Raymond Ibrahim, a researcher, translator and author, said that because Muslim persecution of Christians and others is “grounded in the theology of Islam, very few politicians are willing to address the root source of it.”

“And of course if you cannot ascertain a problem, you cannot fix it,” he said.


He said politicians and others “can speak openly about, say, the persecution of Christians in Korea, because its source is one man, one regime, who can be demonized or lambasted at will.”

“Moreover, if this one man goes, so does the persecution go with him since it is not based on anything intrinsic to North Korean culture,” Ibrahim said, noting the vibrancy of Christianity in South Korea as evidence.

“But because the subjugation and oppression of Christians is actually mandated in Islamic law, and because it is all but anathema for any Western politician to say anything negative about Islam itself, we are in a position where the root source behind the endemic persecution of Christians all around the Islamic world is rarely if ever addressed by Western leaders and authorities, which will only assure that it continues unabated,” he said.

In Egypt, Pakistan and Syria, Christian women have been kidnapped, raped and forced to convert to Islam. The issue is rarely reported in the media, and the butchery is mostly unknown to Western Christians.

“Christian persecution continues to be the most widespread abuse of religious freedom in the world. And, sadly, even those of us who follow this issue closely only see the proverbial tip of the iceberg,” she said.

She said that after writing about the kidnapping of Christian girls by the Nigerian group Boko Haram, she received an email from a friend in Egypt. She said it contained evidence that as many as 500 Coptic girls — often barely past puberty — have been kidnapped, forcibly converted to Islam and married off to men sometimes 30-40 years older over the past three years.

“Meanwhile, just last week I learned that 15 minutes from my Jerusalem home, an attack on St. George’s Orthodox Church took place in Bethlehem, during which Muslim youths threw stones at Christian worshipers and terrified a crowd that had gathered for a holiday celebration,” she said.

In the Bethlehem attack, one man was stabbed and another victim has had to undergo two facial surgeries to repair injuries.

“Near and far, deadly or simply terrifying, the attacks happen every day,” Gilbert said. “Bombs in Iraq and Syria, kidnappings in Egypt, false accusations of blasphemy in Pakistan and Sudan.
Arrests in Iran. Although there are other terrible incidents in places like North Korea, China and Cuba, far and away the worst abusers of Christians (and often Jews) in these troubled times are radical Muslims.

“And the world is, all too often, strangely silent,” she said.

More in the full article...