For historical context, see my article on the The West's Blind Spot Towards Russia, the Burning of Smyrna and the Armenian Genocide. 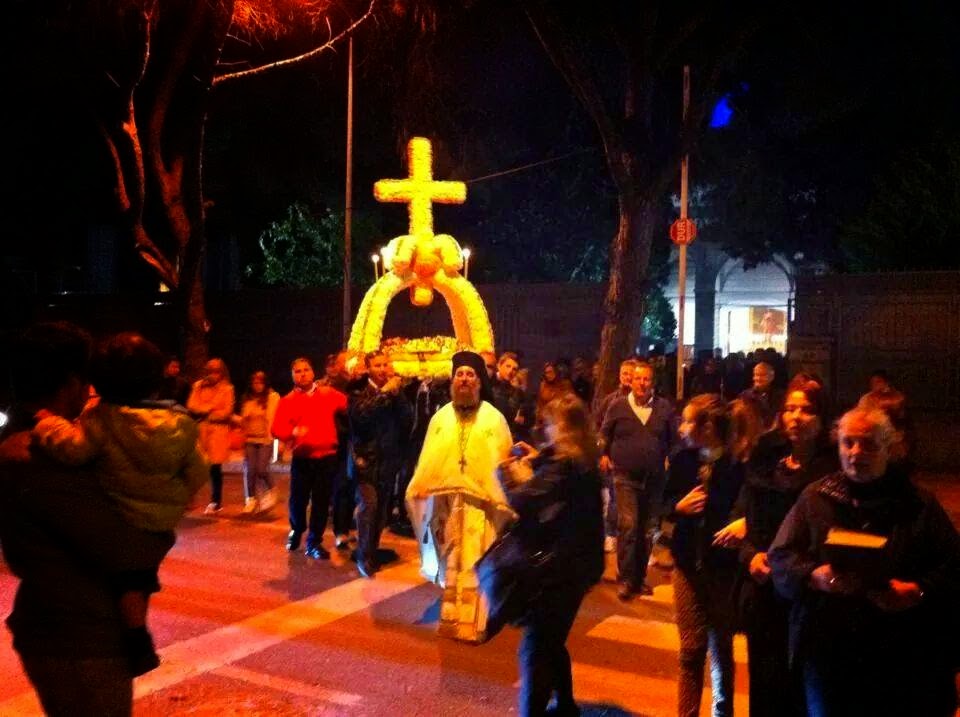 For the first time since 1922, the Greek Orthodox Church of Agia Photini was granted the permission to hold its Good Friday Epitaphio Service outside on a public street in Izmir, Turkey.

A wonderful turnout was in attendance, including joint-friendship assistance from the Catholic Archdiocese, where the Epitaphio was taken from the Greek Church and escorted over to the Catholic Church of St. John.


The street was blocked off by local police and the people took the streets in joy.

According to Chrysovalantis Stamelos, who shared the photos from the epic liturgy, it was “a wonderful sight to see in this beloved city. Truly a mind-blowing event to which I am incredibly honored to be a part of…Kali Anastasi to all.”

Agia Photini was once the focal point of Greek religious life in Smyrna, a cosmopolitan city that was majority Greek whose residents were victims of the war between Greece and the Ottoman Empire. Like much of the city, it was burned during the war in 1922, when tens of thousands of Greeks fled.

The current Agia Fotini is a Dutch chapel from 1920s-era that survived the fires and was donated to the Greek Consul General’s office in order to hold religious services when needed.

For the first time since 1922, the church now runs independently from the Greek Consulate, functioning as a local church for the local Greek community under the Ecumenical Patriarchate of Constantinople.