The following is Part One of a three-part series examining the many parallels between Islam and the mafia.


Raymond Ibrahim is a Shillman Fellow at the David Horowitz Freedom Center, a Judith Friedman Rosen Writing Fellow at the Middle East Forum and a CBN News contributor. He is the author of Crucified Again: Exposing Islam’s New War on Christians (2013) and The Al Qaeda Reader (2007). 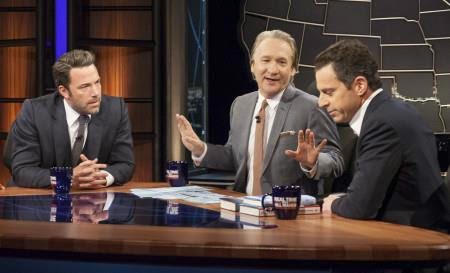 During a recent debate on HBO’s Real Time, host Bill Maher declared that Islam is “the only religion that acts like the mafia, that will f***ing kill you if you say the wrong thing, draw the wrong picture, or write the wrong book.”

[See also this article discussing Maher's follow-up show in which he uses Pakistan's death penalty for blasphemy to prove his point.]

Maher was apparently referring to Islam’s “blasphemy” laws, which ban on pain of death any “insult”—as found in a statement, a picture, a book, etc.—to Islam and especially its prophet, Muhammad.

While Maher has been criticized for his “Islamophobic” assertion, he and others may be surprised to learn that the similarities between Islam and the mafia far exceed punishing those who say, draw, or write “the wrong thing.”

In the following three part article, we will examine a number of these similarities.

In Part Two (forthcoming), we will examine the clannish nature of the mafia and compare it to Islam’s concept of “Loyalty and Enmity”—including how in both Islam and the mafia, those members who wish to break away, to “apostatize,” are killed.

In Part Three (forthcoming), we will examine how both the mafia and Islam have historically both profited from the “protection” racket.

Allah as Godfather; Muhammad as Underboss

The padrino of larger mafia organizations and families—literally, the godfather or “boss of bosses”—has absolute control over his subordinates and is often greatly feared by them for his ruthlessness.  He has an “underboss,” a right-hand man who issues his orders and enforces his will.  The godfather himself is often inaccessible; mafia members need to go through the underboss or other high ranking associates.

Compare this with the relationship between Allah and his “messenger” Muhammad (in Arabic, Muhammad is most commonly referred to as al-rasul, “the messenger”). Unlike the Judeo-Christian God—a personal God, a Father, that according to Christ is to be communed with directly (Matt 6:9)—Islam’s god, Allah, is unreachable, unknowable, untouchable.  Like the godfather, he is inaccessible.   His will is enforced by his messenger, Muhammad.

If the Judeo-Christian God calls on the faithful to “come now, let us reason together” (Isaiah 1:18), Allah says “Do not ask questions about things that, if made known to you, would only pain you” (Koran 5:101).  Just follow orders.


Though largely invisible and operating behind the scenes, the godfather and his underboss get a “piece of the action”—a “cut”—of all spoils acquired by their subordinates, the mafia.

So do Allah and his messenger Muhammad.  Koran 8:41 informs Muslims that “one-fifth [a “cut”] of all plunder you acquire goes to Allah and the messenger” (followed by Muhammad’s family and finally the needy).

The godfather, through his underboss, regularly sends his followers to make “hits”—to assassinate—those deemed enemies of the family.

Muhammad agreed. Ibn Maslama traveled to Ka‘b and began to denigrate Islam and Muhammad until his disaffection became so convincing that Ka‘b took him into his confidence. Soon thereafter, Ibn Maslama appeared with another Muslim and, while Ka‘b’s guard was down, slaughtered the poet, bringing his head to Muhammad to the usual triumphant cries of “Allahu Akbar!” (“Allah is greater”).

Similarly, mafia members are expected always to be available for the family, “even if your wife is about to give birth,” and to defend the godfather and his honor—even if it requires their lives.

Compare this to the widespread violence and upheavals that occur whenever Allah or his prophet are offended—whenever non-Muslim “infidels” blaspheme them.  Or, as Bill Maher put it: “Its’ the only religion that acts like the mafia, that will f***ing kill you if you say the wrong thing, draw the wrong picture, or write the wrong book.”

Finally, while the family adheres to a general set of rules, the godfather also issues more fluid orders to address situations as they evolve.

This is reminiscent of the entire “revelation” of the Koran, where later verses/commands contradict earlier verses/commands, depending on circumstances (known in Islamic jurisprudence as al-nāsikh wal-mansūkh, or the doctrine of abrogation).

Thus, whereas Allah supposedly told the prophet that “there is no compulsion in religion” (Koran 2:256), once the messenger grew strong enough, Allah issued new revelations calling for all-out war/jihad on the entire world till Islam became supreme (Koran 8:39, 9:5, 9:29, etc.).