Has Your Bible Become A Quran?

"The Quran is what a misinformed desert preacher thought the Christian and Jewish holy books looked like. It is a poor substitute and a caricature of those writings." 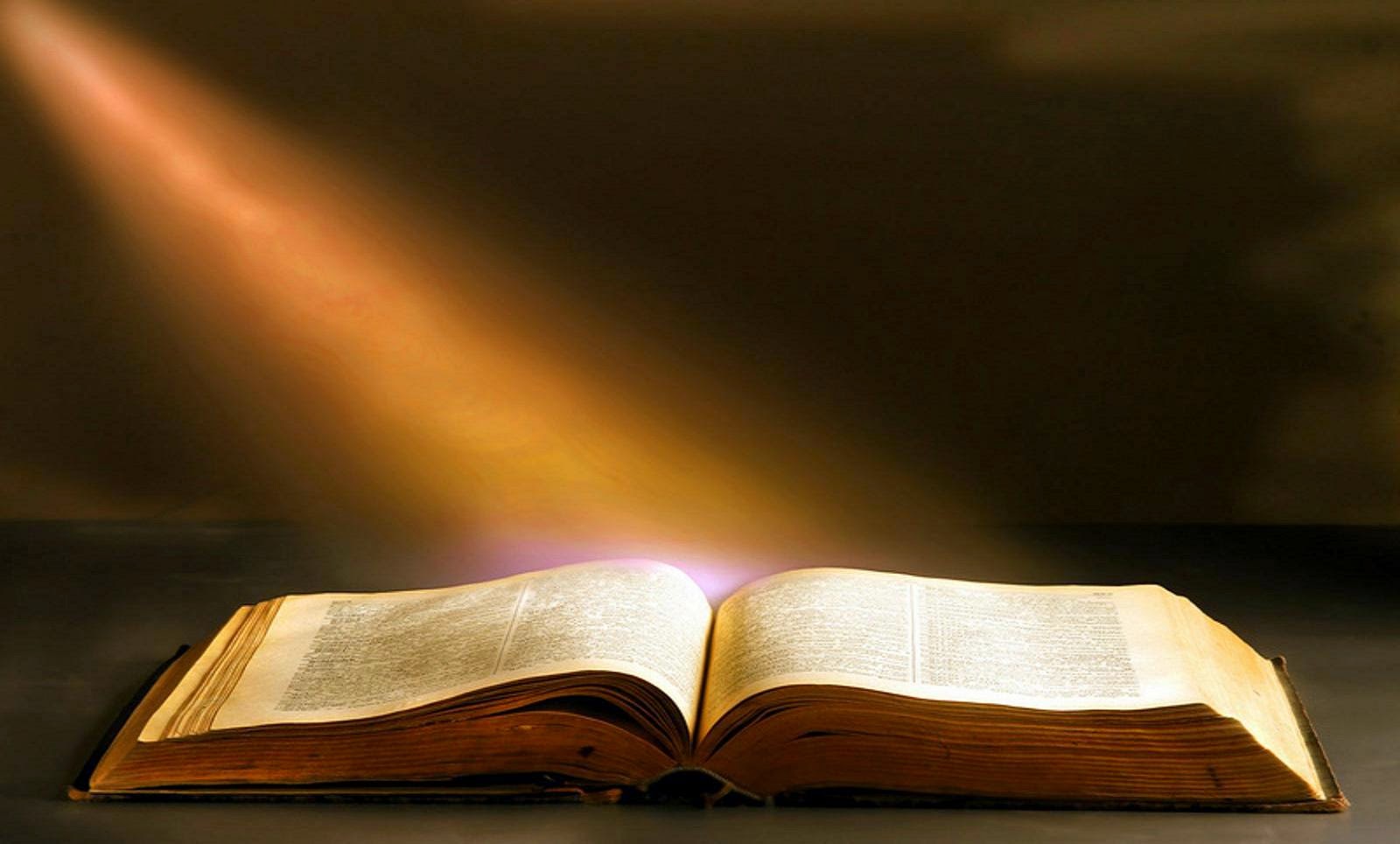 Those who engage in debates on a regular basis know that the argument itself can easily shape the points involved. This is another way of saying that some debates should be avoided entirely since merely getting involved in them can be the road to ruin. There are a number of Christian scholars (particularly among the Orthodox) who think that the classical debates between Christians and Muslims during the Middle Ages had just such disastrous results for Christian thinking.

Now when engaging in religious debates it is all too easy to agree to things that might make for later problems. It is possible, for example, to agree to a comparison of the Scriptures of the Old and New Testament and the Book of the Quran. After all, Muslims have a holy book – Christians have a holy book. Why should we not debate whose holy book is better?

And it is also possible to give wide latitude to the Muslim claim that the most essential matter with regard to God is “Islam,” that is “submission.” After all, if God is the Lord of all creation, then how is submitting to Him, recognizing and accepting that He is God, not the most important thing?

But each of these proposals had disastrous results in the history of Christianity and may very well be the source of a number of modern distortions within the Christian faith.

Thus, at the outset I will state:
Further, any and all of these claims, once accepted, lead to fundamental distortions of Christianity. An extreme way of saying this is that much of modern Christianity has been “Islamified.” Thinking critically about this is important – particularly in an era of renewed contact with Islam.

Most modern Christians are unaware of the contacts and debates between Christianity (particularly in the West) and Islam (particularly in Spain) during the Middle Ages. A great deal of the learning in early European Universities, especially in the model of scholasticism, owed much to the encounter with Islam scholasticism – this was especially so for the work with Aristotelean philosophy. Christian, Jewish and Muslim scholars, such as Thomas Aquinas, Moses Maimonides, and Ibn Rushd (Averroes), are foundational for Medieval thought. (Averroes is sometimes called the “Founding Father of Western secularism“). But the rationalist movement represented by these schools had lasting effects in the Christian West – not all for the best.

The notion of the Scripture as the Book whose place and authority in Christian life are similar to the Quran in Islamic life is one such idea. Islam has no Church – no one stands between the believer and Allah. There are communities, to be sure, but not in the necessary form of classical Christianity. The exaltation of the sovereignty of God and the working of the Divine Will (predestination) are hallmarks of Muslim thought. They eventually become hallmarks within certain forms of Christian scholasticism.

The Protestant Reformation is rightly described as a product of Christian scholasticism. Other historical forces shaped it, but it is worth noting that Luther, Calvin and their like were all “schoolmen.” Their ideas, particularly in Calvin, were largely absent prior to the Medieval dialogs with Islamic scholasticism. It is not that the Reformers borrowed directly from Islam – but that Islam contributed certain key notions that have, in time, become foundational for certain segments of contemporary Christianity.

The Bible is not the Christian Holy Book

As I have recently written, the Bible is properly seen as the Holy Scriptures, a collection of writings that span some 1500 years or more. They represent a variety of genres, address very different situations and understandings of God, and lastly (in the case of the New Testament) represent the internal documents of the primitive Christian community. Christians treat these books as inspired, though there are some books not included, or only included by some Christians, that are also recognized as having a case for inspiration.

The Christian Scriptures are books (particularly in the Old Testament) that have a unique history of interpretation. Christians and Jews, traditionally, do not read these books in the same manner. In such a sense, they do not possess an “objective” meaning. Indeed, Christian Fathers have recognized more than one meaning being present in the text.

We are not People of the Book

Christians are not baptized into the Bible. Jews were circumcised and made part of the Covenant people before ever a word of Scripture was written. God revealed Himself as the God of Abraham, Isaac and Jacob some hundreds of years before Moses ever wrote a line.

Christians may rightly see Islam as an ersatz version of Christianity – an attempt to create a rival to meet the peculiar needs and desires of the man, Muhammed. The Quran is Muhammed’s distorted idea of the role played by a “book” in the life of Christianity and Judaism. It is his attempt to create a rival. But this book, unlike any writing or utterance of a Biblical prophet, came with new claims. The Quran is what a misinformed desert preacher thought the Christian and Jewish holy books looked like. It is a poor substitute and a caricature of those writings. In this sense, the Quran is more akin to the Book of Mormon, a fabrication that tells what Upstate New York con-men thought an ancient religious book should look like. It tells us much about the mind of 19th century Upstate New York, but nothing about God. The Quran tells us about the perception of a 7th century Arabian merchant, but nothing about God.

It is thus a supreme religious irony that such a misperception should have changed how Christians saw their own sacred texts. But, it can be argued, this is indeed the case. The movement from authoritative Church to authoritative book that occurs over the 15th and 16th centuries (the Protestant Reformation), should not be considered apart from the dialog with Islam in the two or three centuries that preceded it. It is worth noting that scholasticism in the West was largely begun in Andalusian Islam. It was not a natural development from within. Scholasticism was ultimately rejected in the Christian East.

Martin Luther’s, “Hier, stehe ich!” (demanding that only a Scriptural argument would be an acceptable response to his position) would have been unimaginable four or five hundred years before. The “Bible” had not yet become a Christian Quran. Today, however, many Christians are indeed, “People of the Book.”

Christianity is not submission to God

On the face of it, denying that Christianity is submission to God seems ludicrous. Surely,  if God is truly God, then submission to Him is the only proper response. But submission is not a word that passes the lips of Christ. His invitation to become a child of the Father is not a demand to submit to the Supreme Being. It is why there can be no conversion at the point of a sword in Christianity, and why conversions at the point of a sword have never ceased in Islam. (Such conversions have indeed occurred in Christian history – but have been later subjected to deep criticism and condemnation).

The question placed in Christian Baptism (Orthodox) is: “Do you unite yourself to Christ?” This is the language of union, reflecting St. Paul’s teaching that Baptism is union with the death and resurrection of Christ. The modern Evangelical phrase, “Do you accept Jesus Christ as your Lord and Savior?” has more in common with Muslim submission. For there need be no union implied in the question – many who have become Christians under the guise of this question have no perception of union whatsoever.

Obedience to the gospel is, in critically important ways, not at all the same thing as submission. In proper Christian understanding, obedience is a cooperative action, a synergy between God and believer. As such, it is part of the eternal dance of union between Creator and created. Submission (particularly as taught in Islam) contains no synergy – it is the recognition of a force that can only move in one direction. It is the diminution of the human person, even its obliteration. Obedience, rightly understood, is an invitation into true Personhood – and, strangely, the beginning of true freedom.

Classical Christianity exalts the dignity of the human person and proclaims a gospel that unites humankind to God. The proclamation of Christ’s Lordship, though derived from Christian teaching, can easily become a distortion that takes on the submission demands of classical Islam. I have seen such a Christianity. It is not a pleasant place to dwell.

Contemporary Christianity needs to come to its historic senses and reexamine its various distortions of the gospel. Christ is not a cypher for Allah – they are nothing alike. The fullness of Christian distinctives is required in our present confrontation with Islam. The Bible is not the Christian Quran. It is nothing like it. Being able to articulate this is essential. Christians are the Body of Christ and not People of the Book. The absence of a true ecclesiology in contemporary Christianity is a hallmark of its Islamification. The call to relationship with God in Christ, true union in the Divine Life of the Triune God, must be rightly proclaimed and taught among Christians. We have centuries of unthinking to do if we are to reclaim the wholeness of the Christian faith and speak truth to error.