"Eyewitnesses indicate that, on the territory it controls, IS is able to provide order — naturally, within the boundaries outlined by its rigid ideological paradigm. IS has created more jobs; work is not badly paid; criminal activity has decreased; the land is farmed; and trade is functioning. Part of the population — in any case, the Sunnis — are already getting used to living by the new rules. It is scary, but stable." 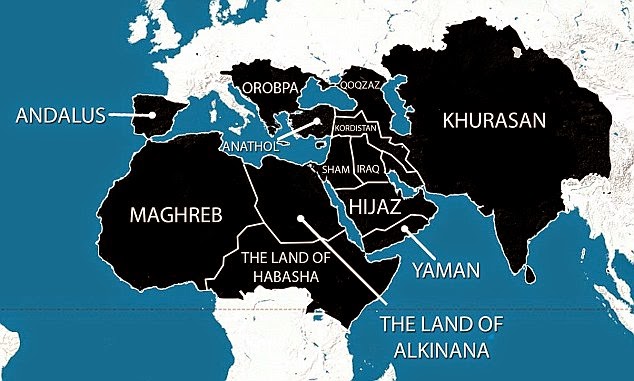 The military successes of the Islamic State (IS); the possibility of the ‘jihadist cancer’ spreading to Iraq and Syria’s neighboring countries; the uncertainty of the situation in and around Syria; the growth of internal tensions in a number of countries in the Arab Mashreq; the high level of violence and cruelty; the unresolved Palestinian issue; the interfaith and intrafaith (sectarian) rifts; the anxiety engulfing the population in many parts of the region — all this, against a background of shrinking cooperation between Moscow and the West, increases the former’s concern about the future of this part of the Arab world, to whose fate Russians are certainly not indifferent.

Rumors circulating about the possibility of the US airstrikes on IS positions inside Syria have generated lively debate in the Russian expert community and in the media. Obviously, if such attacks were carried out without the consent of the Syrian authorities, Damascus would regard this as a violation of the country’s sovereignty, and Moscow would support this position. In diplomatic circles, rumors are also spreading that the Syrian government would not mind if Russia used airstrikes in areas where the forces of IS militants are concentrated in Syria. No official request, however, appears to have come from Damascus. Thus for now, we can only say that the Syrian government would prefer that such course of action be taken — in case it becomes necessary to stop the onslaught of the terrorists — by Russia, rather than the United States and other forces hostile to Damascus. Yet, it is safe to assume that Moscow is unlikely to intervene militarily in the conflict, even if such an official appeal were to be issued.

Russian analysts are very concerned about the scenario of “squeezing” IS out of Iraq and into Syria, and then “sealing off” the Iraqi-Syrian border (though the complete closure of a border is hardly possible) by Iraqi forces and the anti-IS coalition, with the support of the US Air Force and possibly, in the future, of other Western states. In this scenario, the likelihood of ultraradical Islamists attacking the positions of Syrian government forces rises dramatically. Here, a simple fact demands attention: Contrary to the pictures on television channels, IS fighters do not only torture, maim, behead and shoot all those citizens who disagree with them, though they do indeed commit all these atrocities. Eyewitnesses indicate that, on the territory it controls, IS is able to provide order — naturally, within the boundaries outlined by its rigid ideological paradigm. IS has created more jobs; work is not badly paid; criminal activity has decreased; the land is farmed; and trade is functioning. Part of the population — in any case, the Sunnis — are already getting used to living by the new rules. It is scary, but stable.

Diplomatic sources have informed me that IS militants appear to have started a lucrative trade in oil, whose extraction in Syria they control. This is profitable not only for them, but also — and especially — for their partners in this new business. These sources say that the oil is allegedly sold to Turkey at a very low price. I am even afraid to mention the figure that I have learned, given how much lower it is to the world price. This is not surprising, however. One would do well to recall by analogy the sale of oil by Baghdad to neighboring countries at dumping prices at the time of Saddam Hussein, when the country was under sanctions. According to my information, the Turkish companies allegedly sell the oil on to Israel, but at much higher prices. Of course, I cannot verify the accuracy of this information, but business is business, especially in this domain.

Worse still is that as a result of the offensive against the positions of Syrian government troops, IS militants have managed to seize substantial weaponry in addition to that which had been taken into the country from the north of Iraq. A Syrian officer, who wishes to remain anonymous, bitterly told me that the soldiers of some units in the Syrian Arab army abandoned their weapons and the battlefield under the onslaught of IS militants, who caught up with them and executed them. The reason is the same as that which governed the behavior of Iraqi forces in Mosul. Young and often inexperienced young men are overwhelmed by horror when facing IS fighters crazed with religious drive and who fear nothing. Does this mean that the cohesion of Syrian government troops, a source of wonder to all thus far, is starting to crack due to the fear instilled by the unbelievable cruelty and motivation of the enemy? Maybe, but I see another trend as well: Even many opposition-minded people are siding with the regime to participate in the fight against the IS enemy.

That Damascus fills the role, in one way or another, of the (albeit unacknowledged) de facto ally of the West and the countries in the region leading the fight against the ultra-Islamist radicals, in Moscow’s view increases the chances for a diplomatic settlement of the Syrian conflict. Russian diplomats and experts who are in touch with their US counterparts — and of late those contacts are unsurprisingly many — often have to discuss the details of possible cooperation in this realm, including those points on which the parties hold different positions.

For instance, we have had to listen to our American partners’ desire to take a common position to ban the use of so-called barrel bombs by the Syrian authorities. There is no question that this weapon is barbaric, but is it better perhaps to use other types of bombs, rockets, grenades, shells or even all other kinds of lethal weapons? And I am not even talking about the sawing off of heads by IS militants or the mass shootings of unarmed prisoners that they carry out. According to Russian officials and to the overwhelming majority of Russian experts, the only way to reach a solution to the conflict is through a full and total cessation of hostilities by all warring parties, no matter what weapons they use, and their entering into negotiations. It goes without saying that the IS killers would not be included.

For negotiations to be conducted, political will and appropriate conditions are needed. In this regard, the Geneva platform — formed on the basis of the relevant protocol — in my opinion has not lost its relevance at all, though Geneva II failed to achieve tangible results. Russian analysts, however, have often expressed regret at the decision of the Arab League to exclude Damascus and replace the regime’s delegation with that of the opposition. This is not because Moscow is acting as an advocate for the Syrian government, despite that the two closely cooperate. It is because, first of all, this decision clashes in legal terms with that of another, and bigger, international framework, namely the United Nations (UN), which continues to consider the government in Damascus as legitimate and work with its mission. Second, it is because the exclusion of Damascus hinders the possibility that the Arab League may successfully play the role of peacemaker, thus helping to rid Syria of the nightmare of civil war.

Another issue usually raised by our US partners concerns the need for a joint agreement about the search for “undeclared” and hidden chemical weapons. The Russian side is not enthusiastic about this topic either. Why should this be dealt with by the Americans and the Russians? Isn’t the issue of chemical weapons managed by the Organization for the Prohibition of Chemical Weapons, which has an international mandate to carry out the relevant work?

When I recently discussed with a former high-ranking American diplomat the possible consequences of US airstrikes on IS bases in Syria — in case President Barack Obama decides to go ahead — he raised the question of the fate of the so-called liberated territories (liberated from IS, of course). I was somewhat surprised by the idea my interlocutor put forward, namely that — since a return by the regime would be undesirable — these areas such as, for example, the district of al-Raqqa be transferred to UN control, or under their “umbrella” (it is clear that the United States does not want to help Assad in any way). But then again, how can the UN, which recognizes the legitimacy of the Assad government, arbitrarily take control of part of the area under Damascus’ sovereignty? This would not be possible even if the UN were asked to do so by the Americans, along with the anti-IS coalition currently in place.

Disheartened at the lack of progress in trying to establish an intra-Syrian dialogue — while Moscow has always maintained that the Syrians themselves must determine their own future — Russia is now actively promoting the idea of broad intra-Syrian talks in Moscow. As far as I know, this idea has the support of many Syrians, including those representing the opposition. However, an official decision has yet to be taken by all sides. It would be desirable that they do so.