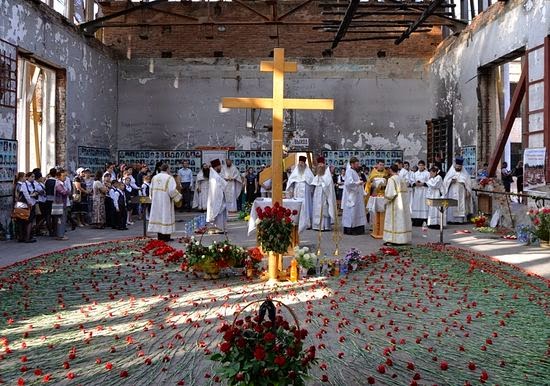 On September 3, 2014, the 10th anniversary of the end of the tragedy in Beslan, Archbishop Zosima of Vladikavkaz and Alania served a Divine Liturgy in the gym of School No. 1 in the town of Beslan, reports Pravoslavnaya Ossetia.

The secretary of the Diocese of Vladikavkaz Priest Savva Gagloev, Rectors and other clergy of North Ossetian Churches concelebrated with the archpastor. Relatives of the dead, former hostages, residents of Beslan and other towns of the republic gathered on the site of the tragedy to pray together. 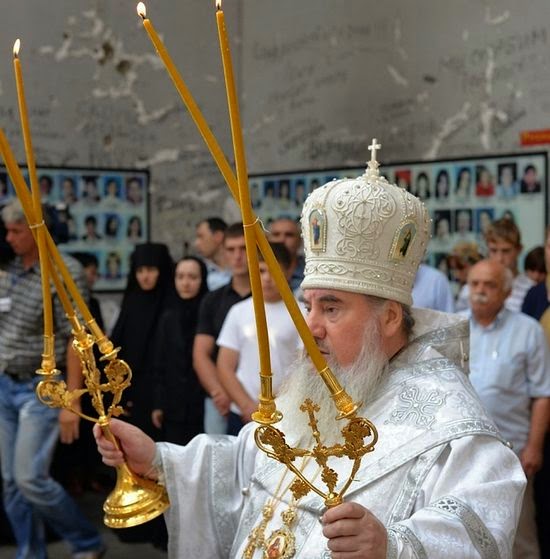 In his speech after reading of the Gospel Archbishop Zosima noted that the tragedy in Beslan had happened during the days of celebration of the feast of Dormition of Holy Theotokos.

Speaking on the meaning of death for a Christian, the hierarch, said:

“The greatest sorrow on the earth for a Christian comes from separation from his or her relatives, beloved and close ones. Death is the most painful kind of separation. However, it is important to remember that a Christian does not die, but only falls asleep, being born into the Eternal life. We are all aware of the fact that the Lord's punishment always catches evildoers, and we must think of the living and do our best so that the evil should not be repeated. It is very important, lest our hearts should harden and we should be embittered. If we learn to overcome evil by prayer for bearers of the evil, then the world around us will become kinder". 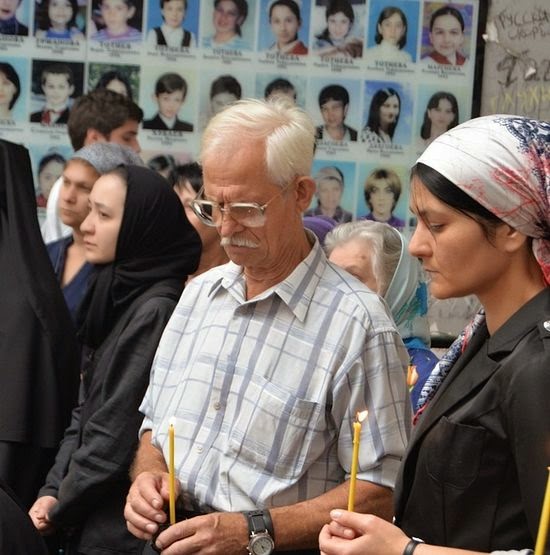 Addressing those gathered with the words of support and consolation, the hierarch stressed that there were no more people in the world who were indifferent to the terrible atrocity that happened ten years ago, and he called upon everyone to contribute to the near completion of construction of the Church of the New Martyrs and Confessors of the Russian Church, which is being built near the school.

Most of the worshippers took Holy Communion at the Liturgy.

Archbishop Zosima noted the significance of joint prayer and Eucharistic communion for the residents of Beslan. "There is nothing more consolidating and transforming of all of mankind and each of us than receiving Communion from the common chalice of Christ. I believe that Divine Grace will strengthen you through Holy Communion that many of you have taken today," said the archbishop.

The first Liturgy was served on this site in 2012 at the request of representatives of the "Mothers of Beslan" public organization. It was then decided that Liturgy in this much suffering school would be celebrated annually.