Metropolitan Anthimos of Thessaloniki: 'We are against the presence of Islam in our city'

AXIOS! Bold words from a righteous hierarch, right up there with Archbishop Mark of Germany. 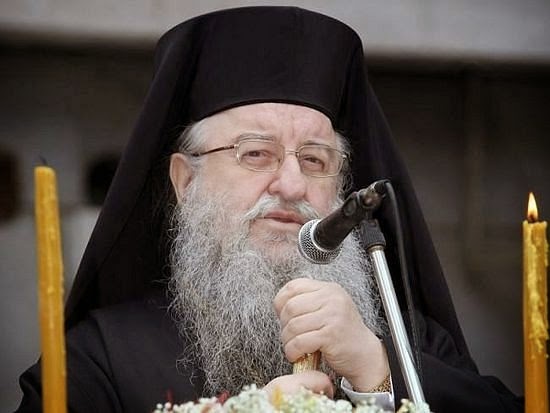 Thessaloniki, September 22, 2014 — In his interview with the Greek television, one of the most authoritative hierarchs of the Church of Greece made a number of tough statements, reports AgionOros:

“We are against the presence of Islam in Thessaloniki. We have already lost so much… When the Turkish minister entered the Church of Holy Great Martyr Demetrius of Thessaloniki in our city, he announced at once: 'Here is a suitable mosque for Turks'. Another Turkish official came to the historical Greek province of Thrace and called this region ‘a severed hand of Turkey’.”

According to the Metropolitan, “Thessaloniki has received considerable support from Russians. Over recent years, numerous pilgrims from Russia have been coming to venerate the shrines and relics of our city.”

He expressed his disagreement with accusations against the politician of populism and insincerity: “I liked this step. I am against the personal initiatives of this or that political leader immediately being subject to criticism and doubt. He was right to visit Mt. Athos.”