"ISIS and their supporters are operating in America and we will soon be provided proof in the way of isolated terrorist attacks simultaneously all across our great country." 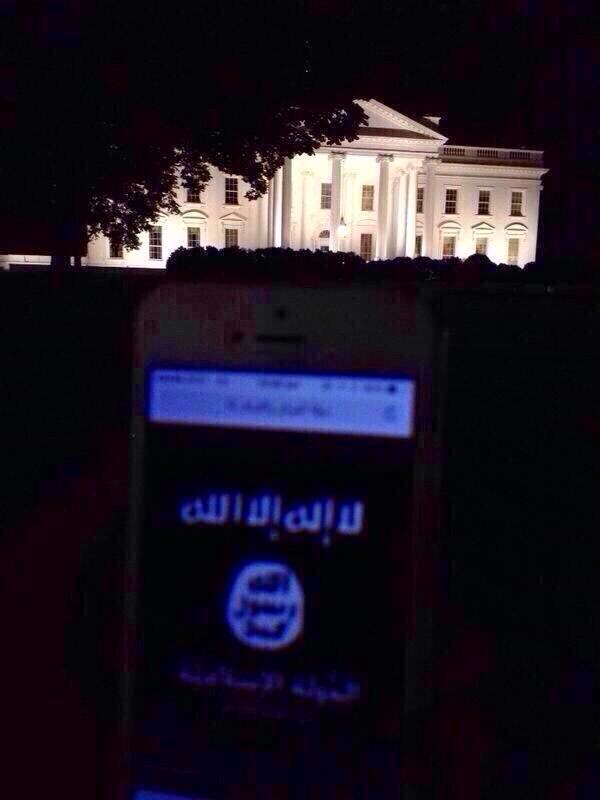 More Americans are beginning to catch on that there are very evil people who in the name of Islam commit atrocities unimaginable to the human mind.  ISIS represents Islam in its purest form.  Mohammed would be smiling from ear to ear if he were able to see ISIS carrying out his planned agenda for world domination.  For years I have been conducting first-hand research at mosques around the world.  For years I have been warning innocent people that Islam in its purest form is being taught in the mosques.  Most people have ignored the warnings and blamed the violence on just a few ‘radical Muslims'.  Many people continued to believe there are moderate Muslims and Islam is being hijacked.

[See my post on mosque studies, indicating upwards of 80% of mosques in the U.S. teach jihad and the overthrow of the U.S. and institution of sharia as the law of the land.]

In plain terms a moderate Muslim is a non-practicing Muslim.  They do not exist and these people who claim to be Muslims are actually Apostates of Islam.  Indeed they are good people who do not desire physical Jihad and world domination.  Nevertheless they are ignoring the true teachings and basic beliefs of the Islamic ideology.  These people are subject to death in accordance with Shariah law and groups such as ISIS are fulfilling the deeds of Mohammed.  Around the world practicing Muslims are killing men, women and children who have departed from Islamic teachings.

If you were to ask any Islamic scholar they would tell you to faithfully practice Islam you must to the following basic principles:

1.       A Muslim must adhere to all aspects of Shariah law, not just ones they feel like following.  The acceptance of Shariah law cannot be separated.  It is not a pick and choose system.  For those who neglect portions of Shariah law they have left Islam and became Apostates.

2.      A Muslim must have in their heart a desire to engage in physical Jihad in all places and all times.  For those who can't fight they must provide financial and other support to the Mujahadeen (fighters).  If they do not have the means to do this, at the very least they must support Jihad in their hearts.

3.      A Muslim must desire a Caliphate.  This is for Islam to be the dominate ideology in all parts of the world.  You will hear numerous Muslims say this is not true, but basic common sense and Shariah law prove this to be accurate.  Does not every Christian desire the world to accept Christianity and follow the beliefs?  The same is true for Islam and Muslims.

4.      The basic fundamentals of Islam dictate that slavery is authorized under Shariah law.  This is why all of the Islamic terrorist groups kidnap and sell girls into slavery.

5.      The marriage of girls as young as six years old is a standard practice within Islam.  Mohammed married Aisha when she was six years old and all practicing Muslims state that Mohammed is an example for other Muslims to follow, and they do.  Child marriages are not only being conducted in the Middle East in the name of Islam, but there are numerous mosques in America that advocate to the Muslim men to marry children.

6.      Shariah law authorizes the Muslim man to beat his wife or wives.

8.      Islam teaches that the Quran and Shariah law are applicable to all, and they can never be changed.

9.      The Islamic ideology teaches that Jews, Christians, and other non-Muslims are the enemies of Islam.

10.   Islam teaches that the land currently Israel belongs to the Muslim people and Shariah authorizes the destruction of the Israeli state and all Jews.

Now for the important question.  Are ISIS terrorists in America?  The best way I can answer that is to advise people not to get wrapped up in the dozens of Islamic acronyms.  All of the Islamic terrorist groups follow the 10 points I mentioned above.   All practicing Muslims follow the 10 points.  Remember non practicing Muslims are apostates of Islam.

When ISIS started rumbling through Iraq they had a couple of thousand people.  Soon they had several thousand because the practicing Muslims knew ISIS is the true example of how Islam must be practiced.

In America if there are 1.5 million practicing Muslims it is only a matter of time when they feel comfortable and secure about trying to form a caliphate to include America.  1.5 million Islamic terrorists can do a non- recoverable amount of damage to our country.  So, yes ISIS and their supporters are operating in America and we will soon be provided proof in the way of isolated terrorist attacks simultaneously all across our great country.

Could our country have survived twenty 9-11 types of attacks being conducted at the same time?  Our government was not prepared for even a natural disaster as in New Orleans (hurricane Katrina).  We could not withstand several major attacks at the same time.  If we don't stop the Islamic ideology from being spread in America, we will have ISIS and there followers placing a black flag of Jihad at the White House in the near future.

Final Analysis:  The Islamic ideology itself must be destroyed by continuously calling it for what it is...Evil.  We must have the vile taste in our mouths when anything Islamic is mentioned, just as we do when anything Hitler is mentioned.  He had an ideology and we were able to destroy it.  We can do the same in regards to Islam.
_______

Dave Gaubatz spent 20 years as an active duty USAF (Special Agent/OSI), 3.5 years as a civilian 1811 Federal Agent, trained by the U.S. State Department in Arabic, and was the first U.S. Federal Agent to enter Iraq in 2003. He is also a counterterrorism counterintelligence officer. Gaubatz currently owns "Wahhabi CT Publications" and conducts CT Research on behalf of high profile non-profit organizations. His website is here, and he can be reached at davegaubatz@gmail.com.