The Historicity of the Bodily Resurrection of Jesus

Based on Fr Steven Kostoff's recommendation below, I purchased and have read the book he cites in this essay, and found it a real help. We must continually deepen our faith even while striving to acquire new approaches and modes of expression with which to share this faith with others. For, after all, this is the Faith which the Apostles spread throughout the known world following Christ's Ascension and the outpouring of the Holy Spirit at Pentecost. This is the Faith which has transformed the world!  CHRIST is RISEN!

CHRIST IS RISEN!
INDEED HE IS RISEN! 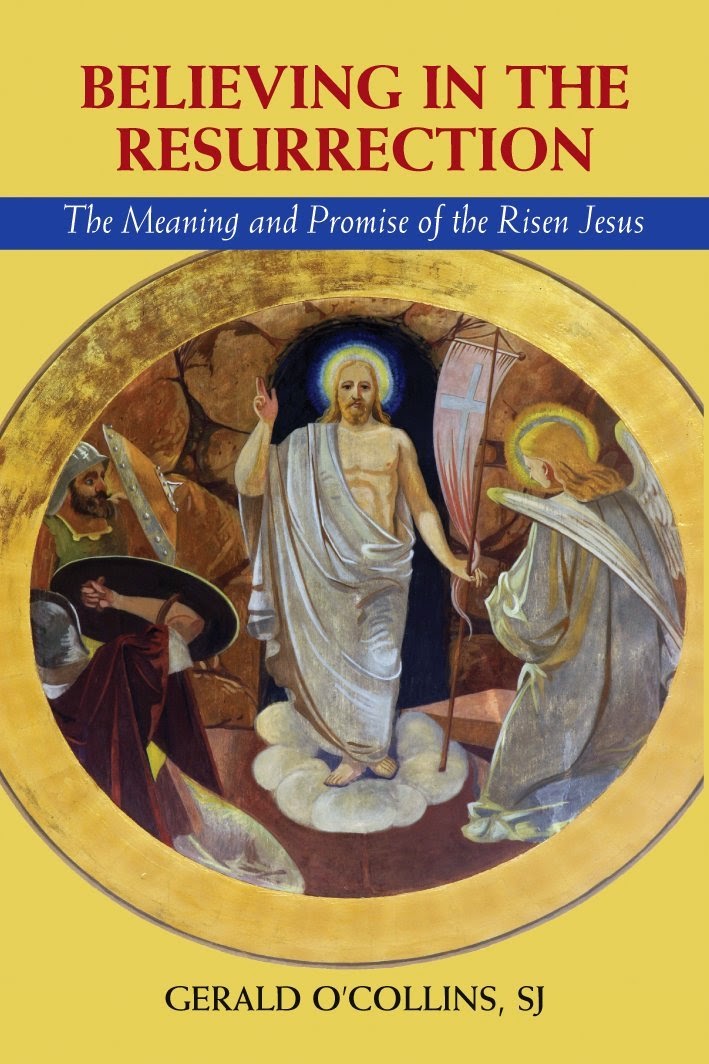 I always choose a good book or two about the Resurrection of Christ to read during the paschal season. The one that I have already started this week is by Gerald O’Collins, a Jesuit scholar, who has been carefully studying and writing about the resurrection for many years now. His newest book is entitled Believing in the Resurrection – The Meaning and Promise of the Risen Jesus. It promises to be an excellent book and a thorough study by a premiere biblical scholar. In addition to his own careful analysis of the biblical evidence, O’Collins also surveys and critiques the most significant works that have been published in the last ten years or so from scholars on the “resurrection question/debate” in the New Testament. The author has emerged over the years as one of the most renowned defenders of the historicity of the bodily resurrection of Christ. Any other conclusion for O’Collins is a betrayal of the evidence – and a betrayal of the Christian Gospel. As both a scholar and a man of Christian faith, he very steadily and thoroughly builds up an impressive case for that claim, and for the centrality and reliability of the New Testament data concerning the resurrection of Jesus from the dead.


Yet, O’Collins goes beyond a defense of the historicity of the resurrection accounts, and wants to further elaborate on what the resurrection means for our own human destiny – a destiny that the New Testament reveals as the “resurrection of the dead” - and for the sacramental and ethical life of Christian believers. The risen Jesus is present, and this presence is confirmed and convincingly conveyed by the simultaneous presence of the Holy Spirit. Thus, the resurrection is first about Jesus; but then it is about us, His followers and disciples, and the relationship we create with Jesus as the Messiah and Son of God, and the “life” that we have in His Name.


Hopefully, I will be able to share a few summaries of his rich biblical exegesis over the paschal season on these inter-related themes of such great importance for Christian faith. The Preface opens with an intriguing question:


Is Jesus merely a great but dead hero, or is he a risen, living presence? That troubling question of enormous significance has been around for two thousand years. (p. v)


O’Collins then summarizes the startling and radical claims made by Christians from the very dawn of the Christian movement up to the present day. These powerful claims emerge from the earliest certainty that Jesus had been bodily raised from death:


Christians claim that the crucified Jesus had been raised from the dead and remains powerfully present in our world – a claim that deserves serious attention from any thoughtful person. If we accept this claim as true, it should radically change the way we live our lives as well as the hopes that we entertain for ourselves and for our world. We are not destined at death to lose consciousness forever and return our bodies to the pool of cosmic matter. The resurrection promises us a glorious personal future beyond this life, a future that, in “a new heaven and a new earth” (REV. 21:1), will bring a radical transformation not only for our bodily existence but also for our material world.

But we can never forget the “scandal” of those claims based upon the “dead end” of Christ’s public ministry:

Christians must never forget that they believe that a crucified Jew is the Savior of the world, now “seated” as Lord “at the right hand of God!” O’Collins further summarizes this seismic shift in the perception of who Jesus actually is, as it occurred in a such a relatively short space of time within the earlier years of the Church:


Thus, faith in Jesus’ resurrection from the dead had a dramatic aftermath. It prompted a remarkable account of him as the divine Lord of the entire universe. Remember that the life and death of Jesus had occurred no more than twenty years before Paul, the First Christian writer, began composing and sending his letters. It was startling to maintain that someone of such very recent memory was now “sitting” on the divine throne and reigning over the world “at the right hand” of God. (p. vi)

From within the Church, we need not “prove” the resurrection of Christ, or convince each other of its truthfulness. This is our belief, and we hope a part of our experience from within the grace-filled atmosphere of the Church. But since every basic claim made about Christ is challenged, rejected or mocked – often enough by self-designated Christians! - in the current climate of post-modern relativism and skepticism, it is good to witness a spirited and well-informed refutation of those contemporary “heresies” by faithful scholars offering a “defense” for the hope that is in us (I PET. 3:15) Orthodox Christians need to be grateful to such scholars as Gerald O’Collins who intelligently and eloquently meet those challenges on behalf of “the faith which was once for all delivered to the saints.” (JUDE 3) And the very basis of that faith is that Jesus has been raised from the dead.


CHRIST IS RISEN! INDEED HE IS RISEN!