The Relic of Fr. George Calciu the Confessor Found Incorrupt 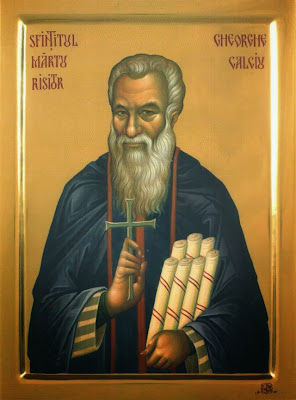 The revealing of the incorrupt remains of Righteous Confessor Fr. George Calciu of Romania is especially significant for our troubled age.  Global persecution of Christians (primarily by Muslims) is spiraling into genocide, and rampant anti-Christian sentiment in America and Europe is manifesting in totalitarian regulations designed to force Christians to support abortion, same-sex marriage, and other abominations through our tax dollars. We now live in a country where "rendering unto Caesar" makes us complicit in the culture of sin, sodomy and death which surrounds us.

Fr George suffered enormously under the communists for Christ, and emerged radiant with love and forgiveness. May we have his blessings and intercessions as we strive to be faithful to Christ in these dark times! 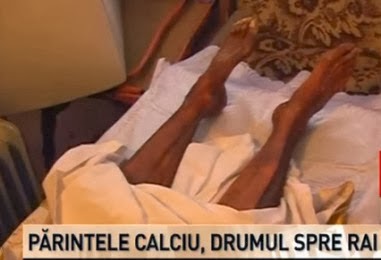 At Petru-Voda Monastery in Romania, according to the specific rubric observed by our Church, the Service of Exhumation took place for Fr. George Calciu Dumitreasa, for the completion of seven years since his repose (+ November 21, 2006). His relic was found incorrupt, thus affirming the sanctity of his life...


Visit Mystagogy blog for more, including a short video (in Romanian).
_______

For more on Fr George's life and witness, purchase this book from St Herman Press: 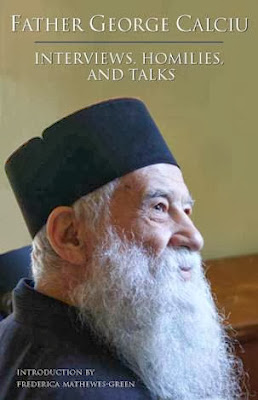 Father George Calciu (1925–2006) was one of the great confessors of Christianity in the twentieth century.

Having survived the diabolic prison experiments of Communist Romania, Fr. George went on to become an apostle to spiritual seekers in Romania and, eventually, throughout the world. He was able to speak authoritatively of God’s love and forgiveness because of his own experience of God’s mercy.

As a priest in America, Fr. George maintained a strict ascetic life of fasting and prayer, while at the same time pastoring his flock as a joyful and loving father.

Here we present a collection of his interviews, homilies, and talks. In them he shares his thoughts on his imprisonment, how to pray, his own experience of God’s Uncreated Light, and the Orthodox Christian’s battle against temptations in America.

Included in this volume are the “Seven Homilies to the Youth” that he gave in Bucharest in 1978. These homilies, in which he fearlessly called Romanian youth to turn from atheism and materialism to Christ, led to his second imprisonment by the Communist regime. Here, as in his other writings and talks, the common thread of God’s mercy and forgiveness is woven into the fabric of man’s need for repentance and union with his Creator.