The 'Peace Train' songwriter endorsed a death fatwa on Salman Rushdie, and writes of "victory over the kuffar,"  whereas Dan Fogelberg creates a deeply reverent, traditionalist Christmas recording, including original songs praising "Christ the King."

Robert Spencer has an extensive exposé over at Jihad Watch on the artist formerly known as 'Cat Stevens'. After converting to Islam, Cat Stevens changed his name to 'Yusuf Islam', and in addition to adopting a new moniker, he seems to have adopted many of the darker, more odious aspects of his new religion.

Following Mr. Spencer's piece, I am appending a brief essay of mine about Dan Fogelberg's 1999 CD, The First Christmas Morning, a charming, traditional Christmas album, which openly praises the Nativity of Jesus Christ, God incarnate. The contrast between these two songwriters/recording artists couldn't be more stark.

Funny how they never mention "Yusuf Islam" in this article [USA Today on the R&R HOF Inductees, see below]. I do hope that at the ceremony Yusuf will play the nasheed seen here. A nasheed is a song praising Allah or Islam in some way. Nasheeds are usually sung a cappella or with percussion accompaniment only, and according to most Islamic authorities they're the only kind of music allowed under Islamic law. At minute 2:02, Yusuf Islam, the former Cat Stevens, sings:

[Actually, in Orthodox Christianity, the troparion (hymn) for the Feast of the Elevation of the Cross is 'O Lord, Save Thy People', which prays for "victory over the barbarians" in one English translation, and "grant victories to the Orthodox Christians over their adversaries" in another. This might be a temptation to some who are unfamiliar with Byzantine hymnography. Fr Thomas Hopko, in The Orthodox Faith, explains how we view this hymn today:

"The troparion of the feast which was, one might say, the “national anthem” sung on all public occasions in the Christian Empires of Byzantium and Russia, originally petitioned God to save the people, to grant victory in war and to preserve the empire “by the virtue of the Cross.” Today the troparion, and all the hymns of the day, are “spiritualized” as the “adversaries” become the spiritually wicked and sinful including the devil and his armies, and “Orthodox Christians” replace the names of ruling officials of the Empire."]


The supremacism and hatred is open and unapologetic, and especially piquant coming the former Mr. Peace Train himself, who has for years cultivated an image as a benign, peaceful, cuddly, peace-and-love-hippie Muslim.

He wasn't always so image-conscious, however. Although he denies it now, in 1989 he enthusiastically endorsed the Ayatollah Khomeini's death fatwa against Salman Rushdie for insulting Islam:

"Cat Stevens Gives Support To Call for Death of Rushdie," by Craig R. Whitney in the New York Times, May 23, 1989:

TONDON [sic], May 22 -- The musician known as Cat Stevens said in a British television program to be broadcast next week that rather than go to a demonstration to burn an effigy of the author Salman Rushdie, ''I would have hoped that it'd be the real thing.''

The singer, who adopted the name Yusuf Islam when he converted to Islam, made the remark during a panel discussion of British reactions to Ayatollah Ruhollah Khomeini's call for Mr. Rushdie to be killed for allegedly blaspheming Islam in his best-selling novel ''The Satanic Verses.'' He also said that if Mr. Rushdie turned up at his doorstep looking for help, ''I might ring somebody who might do more damage to him than he would like.''

''I'd try to phone the Ayatollah Khomeini and tell him exactly where this man is,'' said Mr. Islam, who watched a preview of the program today and said in an interview that he stood by his comments....

Here is the video:

And much more recently, he is praying for victory over the kuffar, while being embraced by the rock glitterati and lauded everywhere -- and now he is going into the Rock and Roll Hall of Fame. Baby, baby, it's a wild world indeed.

The 29th annual induction ceremony will take place at the Barclays Center in Brooklyn on April 10, and will be open to the public (as it has for recent ceremonies in Los Angeles and Cleveland). The event will air as an HBO special in May....

For a second year, the Rock Hall implemented fan voting in choosing this year's inductees, which was available on its official site, Rolling Stone and USA TODAY, and generated nearly 1.4 million votes this year. The five artists with the highest number of votes (three of whom will be inducted) made up a fans' ballot, which counted as a single vote in choosing this year's honorees.

Cat Stevens. One of the biggest-selling artists of the early '70s, the mellow British songsmith crafted introspective, tranquil tunes such as Peace Train, Wild World and The First Cut Is the Deepest. 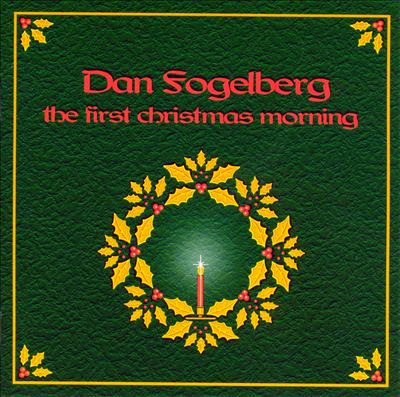 It is significant that in 1999 Dan Fogelberg released a Christmas album: The First Christmas Morning.

Not some slick, secular “Pop” Holiday album, cashing in on the inherent marketability of such a release, nor an equally slick “Contemporary Christian” (CCM) venture, with its own built-in audience able to generate equally substantial profits, but a modest, yet profoundly Christ-centered – and blatantly non-commercial – Christmas album, traditional in tone and instrumentation, featuring ballad carols and aires dating back to Elizabethan, Renaissance and Baroque periods, along with several original compositions in full harmony with the classics he so carefully selected.

Every lyric (his own as well as the classics) proclaims Christ as King, Lord Almighty, the One Whom “Lords and Dukes shall worship,” and to Whom, “At Christmastime we praise the Lord and count His blessings so many.” Except for a verse of  “O Tannenbaum,” there is no secular song on the disc. (Indeed, in the midst of the rollicking “At Christmastime” with its eighteenth century style couplets, he rather boldly admonishes us, “At Christmastime we sacrifice and give to those who are needy!”)

One might dare to say, in Fr. Alexander Schmemann’s fancy theological language, that this is a deeply doxological and eucharistic recording, giving glory and thanksgiving to God for the birth in the flesh of His Son before the Ages from the Virgin Mary. (Fogelberg’s liner notes and introduction are equally clear in giving glory to the Birth of Christ, and there is even a small, luminous cross on the CD cover, rendered as a specular highlight emanating from the candle at the center of a stylized Christmas wreath.)

Perhaps just as significant is how out of step with our abnormal and distorted times this album is. It is a treasure, a gift, and for an artist to create such a clear and traditional work of praise and glorification of Christ in this age and culture is a miracle in its own right, and should not be underestimated. There is grace in this recording, for those who listen with faith.

For those of my readers who may experience a twinge of nostalgia for Cat Stevens' early recordings and cheer his entry into the Rock and Roll Hall of Fame, let us soberly ponder how the gentle writer of 'Peace Train' somehow fell so deeply into the dark abyss of Islam. What a tragedy, but while there is breath in his lungs, there is hope for him to repent and turn to Christ.

And if you haven't yet heard Dan Fogelberg's The First Christmas Morning, I highly recommend it. Available from Amazon, and in the iTunes Store, with song previews. For more on the late Daniel Grayling Fogelberg, visit his official website, and The Living Legacy, a superb fan-run site with extensive collections of articles and interviews. There's even a petition to include him in the Rock and Roll Hall of Fame as well.

May his memory be eternal.