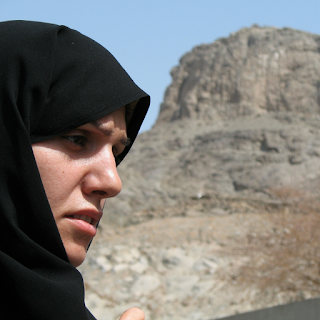 Life was cheap to those who created Sharia. Sadly, Americans on the hard right/Alt-Right are openly talking about what their own version of Sharia would look like in the context of non-Islamic European-Americans.

White Sharia is a meme that likely began in late 2016. As far as I can tell, the Alt-Right podcast The War Room was one of the first to explore the idea and for almost two hours the hosts flesh out a graphic vision of white rape gangs and more.

White Sharia is conceptualized as a corrective to the decadence of Western feminism that has led many of our sisters and wives to debauch themselves in prodigal living resulting in less white babies and weaker marriages. This makes demographic replacement by non-Westerners/non-whites inevitable.

It should be mentioned that the Alt-Right and meme culture is based on irony and jokes meant to shock and steer conversation. Much like third-wave feminism, it's full of half-truths.

White Sharia is open to such heinous activities as "corrective rape" and polygamy to forcefully impregnate obstinate Western women of "good genes" who refuse to carry and birth children. By the calculation of White Sharia advocates, this strategy would jack-up desirable female genetic contribution during peak childbearing years that are usually lost to empowered promiscuity and careerism. Earlier childbirth means fewer sexual partners which equals stronger marriages.

I've found that Leftists, "normies", and most conservative-types don't really understand the Alt-Right or meme-culture. They either don't get the high levels of irony or they pretend they don't. Much of the Alt-Right's belief-cycle plays out as follows (roughly):
Ultimately, and these are just the facts, the Alt-Right and White Sharia are the result of the leftwing's war on traditional morality plus identity politics. It's also a result of the capitulation of establishment, economically-minded Republicans in government. The war, the identity politics, and the capitulation are all evil.

This is all totally antithetical to the Church's vision of complementary vocations for husbands and wives. Additionally, race/ethnicity are irrelevant in Christ. Christ transcends that for us. We don't have to obsess over it anymore.

Not unlike leftists today, there is a preoccupation in the Alt-Right with earthly justice with no concept of ultimate victory in the eschaton where God will "wipe away every tear" (Rev 21.4). Orthodox Christians have nothing to learn from Islam or Mohammed and ought not take cues from them. We have the fullness of the Truth and life with the witness of the saints. Darkness does not comprehend the light (Jn 1.5).

That said, it's unsurprising in this fallen world that some men would put their foot down and take on the role of oppressor in jest or in reality. If these men can do-no-right in the eyes of our culture's wicked pseudo-reality -- what do they have to lose? It's not right, but it's one of the choices the culture gave them so some men are going to choose it. Surprise, surprise.

*[Video] Explaining why White Sharia is "a good meme." A good place to start to understand the concept.

*[Podcast episode] Put a baby in her belly!

*Could there be a hard right/Islamic alliance on the horizon? I doubt it, but someone is floating the idea.

People called us crazy, but we have said and continue to say this because this is based on historical precedent going back to the 15th century with the fall the Byzantine Empire to the Ottomans through the sale of the cannons to the Ottoman Sultan Mehmet II and has persisted up through the First World War, Second World War, and will manifest again in the Third World War, as it is coming together today.

*A critique of White Sharia from within the hard right.

If "white sharia" does not sound as ridiculous to you as "white Zionism," then it is time to take stock of who you are and for what, exactly, you are fighting. In doing so, not only will you naturally arrive at a more workable political strategy, but you will have eradicated one more remnant of anti-white indoctrination from your core being.

*In Defense of White Sharia. The author responds to the critique above and lays out the case for stealing the patriarchal form of the enemy.

When I say we will have White Sharia in White Afghanistan one day, it means that we will have an extreme tribal patriarchy in the ethnostate. But it also offers visions of what that patriarchy and that ethnostate could look like. People can imagine themselves with a beard and an AK in the Appalachian Mountains. Images and examples are more powerful than words. That is why joking about White Sharia is more powerful than pleas for returning to long-dead traditions.

*White Sharia Will Make You Dumb. A critique of the bizarre eugenics argument for White Sharia.

*They Want Us Caged: Anti-Feminism, "White Sharia" & Traditionalism. Click the link for a standard feminist response.

*[Video] Titled WHITE SHARIA NOW. A laugh track is edited in over a documentary-style video of young white women debauching themselves.