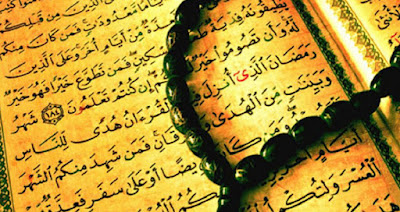 Beware of false prophets who come to you in sheep’s clothing but inwardly are ravenous wolves (Mt. 7:15).

Would “false prophets” include Muhammad? It’s an impolitic question to ask in these politically correct times, but, thanks to political correctness these are also highly dangerous times. Since a good deal of the danger emanates from the religion Muhammad founded, it seems reasonable to ask if he was a false prophet. And if he was, does that mean that Islam is a false religion?  And if it is, why are Catholic leaders so keen on declaring their solidarity with Islam?

It’s a case of either/or. Either the New Testament account of Jesus is true or Muhammad’s account is true. Since they contradict each other, they both can’t be true.

Christians call Christ the Son of Allah…. Allah’s curse be on them: how they are deluded away from the truth! (9:30, trans Yusuf Ali).

They do blaspheme who say: Allah is one of the three in a Trinity (5:73, Yusuf Ali).

Ralph Sidway, the author of a recent piece on the “same God” question, puts the either/or nature of the choice in perspective:

Based on these brief examples alone, Christianity and Islam cannot both be from the same source which is what the Same God Question ultimately boils down to. If we treat each truth claim with respect, that each faith springs from a self-revelation of God, then it is clear the Allah of Islam is directly, and in a specific, vigorous manner, opposed to the revelation from the Christian God. And Jesus’ own emphatic testimony about himself excludes any alternate revelation concerning the nature of God.

So the author of the Koran unambiguously rejects the Christian belief in the Trinity. Moreover, he declares that a “grievous penalty will befall” those who persist in saying that “Allah is one of three” (5: 73). As Sidway puts it, “Allah is so vehement in these condemnations of Christian dogma that it amounts to what I term a ‘Theological Jihad’.”

Why the vehemence? I have my own theory about that. As I wrote a few years back:

Muhammad’s purpose in introducing Jesus into the Koran is to discredit the Christian claim that he is divine in order to enhance Muhammad’s claim to prophethood.

If Christ is who Christians say he is, then there is absolutely no need for another prophet or another revelation.

So Muhammad created his own version of Jesus—one in which Jesus is cut down to size. In effect, Jesus is assigned the role of John the Baptist: he must decrease so that Muhammad can increase. In the Koran, Jesus is given a relatively minor role to play. He is occasionally brought on stage to make a point, and then is promptly ushered off. Muhammad succeeds in convincing his audience that this lackluster Jesus couldn’t possibly be God. The trouble is, his Jesus is so poorly drawn, so lacking in substance and individuality that it’s also difficult to believe in his humanity. He is more like a disembodied voice than a person.

But, whatever Muhammad’s motivation, the fact is that the Jesus of the gospels and the Jesus of the Koran are irreconcilable. How can both revelations possibly be from the same God? If Christ is God, then the Koranic account is a false account and Muhammad is a false prophet.

That may seem a harsh way to put it. And if you go around saying such things, you likely won’t be invited to your parish’s next interfaith outreach program. But there it is. The only alternative is to say that Muhammad is a true prophet. Do you really want to go there?

Well, I suppose one could conjure up another alternative. One could say that Muhammad was a so-so prophet: he got some things right and some things wrong, and he was part of the Abrahamic faith tradition, and so on and so forth. It’s true, of course, that Muhammad did get some things right. But, on the point of Christ’s divinity, the New Testament doesn’t seem to allow for any half-right/half-wrong compromise position.

Is the Allah who supposedly wrote the Koran the same God who revealed himself in the Incarnation? Sidway reminds us of two passages from the First Letter of John:

According to John, the spirit of the Antichrist denies the Son. But Islam not only denies the Son, it brands belief in the Son as a sin. And not just any sin, but the worst of all possible sins—shirk (the sin of attributing partners to God). So the central belief of Christians is, from the Islamic point of view, the greatest sin conceivable.

It can be argued that other religions fail to acknowledge the Sonship of Christ, but there is a difference. For example, while Jews don’t believe in the divinity of Christ, that, for obvious chronological reasons, is not part of the revelation to the Jews. Nor is denial of Christ’s divinity a central tenet of Judaism. On the other hand, the “revelation” to Muhammad came six hundred years after the birth of Christ and one of its central messages is the denial of the Sonship of Jesus. As Joel Richardson puts it in his book The Islamic Antichrist:

While many religions and systems of belief exist that do not agree with the doctrines of Christianity … only Islam fulfills the role of a religion that exists to deny core Christian beliefs.

It’s difficult to square the scriptural evidence with the currently fashionable notion that Christianity and Islam are close cousins. It’s harder still to reconcile it with the assertion that we believe in the same God and revere the same Jesus.

But is it really necessary to open old wounds? Isn’t it better to emphasize the things that unite us rather than the things that divide us? In commenting on the Church’s relationship with Muslims in Nostra Aetate, the Synod fathers urged all to forget the “quarrels and hostilities” of the past. Shouldn’t we heed their advice?

But just how far in the past are the “quarrels and hostilities” mentioned in Nostra Aetate? They are still with us today. And what is the source of those hostilities, except that Christians refused and still refuse to accept the revelations given to Muhammad. From the Islamic point of view, Christians who persist in unbelief merit the “grievous penalty” that follows.

“Beware of false prophets who … inwardly are ravenous wolves.” “Ravenous” certainly seems an apt description of Muhammad. While it’s not know exactly how many people he killed in the course of spreading Islam, it is known that on one occasion he presided over the beheading of between 600 and 900 captured men. “Ravenous” also seems to fit most of his successors. Islam’s’ 1400 year history is largely a record of conquest and subjugation. By one estimate, approximately 170 million people have been killed in the name of Allah, making Islam the greatest killing force in history by far.

So there is good reason to beware of false prophets. There is also good reason for Catholics to revisit the simplistic and dangerously misleading notion that Muslims and Christians share the same beliefs and values.

It’s understandable, of course, that many Catholics might think that Christianity and Islam are more closely aligned than they really are. It’s uncontestable that Islam does bear a superficial resemblance to Catholicism. Muslims pray daily, they emphasize modesty, their clerics wear long robes, they go on pilgrimage to shrines, and their mosques are often beautiful structures which convey an atmosphere of deep spirituality. Moreover, Islam even finds room for Jesus in its pantheon of prophets.

None of that, however, negates the reality that Islam is based on a false revelation. When warning of false prophets, Christ said “you will know them by their fruits”—not by their appearances. After all, the warning would not be necessary except that the wolf is disguised in sheep’s clothing. Unfortunately, too many Catholics and too many of their shepherds seem to live in a bucolic dream world where thoughts of wolves and false prophets are never entertained.

William Kilpatrick taught for many years at Boston College. He is the author of several books about cultural and religious issues, including Psychological Seduction; Why Johnny Can’t Tell Right From Wrong; and Christianity, Islam and Atheism: The Struggle for the Soul of the West. His articles have appeared in numerous publications, including Catholic World Report, National Catholic Register, Aleteia, Saint Austin Review, Investor’s Business Daily, and First Things. His work is supported in part by the Shillman Foundation. For more on his work and writings, visit his website, turningpointproject.com